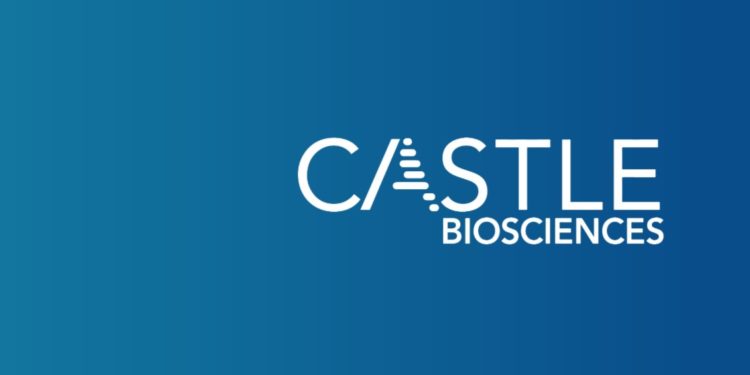 Since its launch in 2008, skin cancer diagnostics company Castle Biosciences has been taking leaps in the field of dermatologic cancers. “Most cancer treatment plan decisions are based on the risk that a tumor will recur or metastasize. Reliance on clinical or pathology factors alone may under or over-estimate the actual risk. At Castle Biosciences, we develop innovative tests using tumor biology that can result in more accurate treatment plan decisions,” Derek Maetzold, Founder, President, and CEO, explains. Based on the conceit that traditional approaches to treatment plans for dermatologic cancers are not enough when used in isolation, Castle Biosciences is pioneering the use of personalized genomic information in developing highly personalized treatment plans. Its DecisionDx family of non-invasive tests predicts each patient’s risk of metastasis or recurrence of the cancer, allowing fully informed decisions to be made about the best form of treatment for each individual. To find out more, keep reading.

1. It was founded by Derek Maetzold

Castle Biosciences was founded in 2008 by Derek Maetzold, a biopharmaceutical leader with thirty-three year’s experience in leadership, marketing, sales marketing, and product planning. After graduating from the University of Calgary Health Sciences Center, Maetzold began his career as a Sales Rep at Sandoz. Maetzold stayed with the company for 10 years, climbing the rungs until he obtained the position of Associate Director, Marketing, Apligraf. From there, he worked in various positions of ever-growing seniority at companies such as Amylin Pharmaceuticals, Schering-Plough, and Encysive Pharmaceuticals

2. AI is at the heart of its activities

As explained on its website, Castle Bioscience employs the most cutting edge, state of the art technology to develop proprietary algorithms based on machine-learning techniques with artificial intelligence. The end result is a highly accurate measure of each patient’s specific case.

3. Its labs are CLIA-certified

Given the arena in which it works, credibility is key to Castle Biosciences’ reputation. Fortunately, it already has the seal of approval in terms of official accreditation. All tests performed by its researchers are conducted in a clinical laboratory that’s been awarded accreditation by the College of American Pathologists (CAP) according to the standards laid out by the Clinical Laboratory Improvement Amendments (CLIA). In addition, its proprietary genomic tests have been separately approved by the New York State Department of Health.

4. The first test it developed was DecisionDx-Melanoma

Recognizing the limitation of traditional clinical and pathologic prognostic factors in deciding treatment plans, Castle Biosciences developed DecisionDx-Melanoma, a gene expression profile (GEP) test that allows the accurate identification of recurrence or metastasis in Stage I, II and III melanomas. Since its development, the test has been supported by 18 peer-reviewed publications and studies involving over 3,700 patients that demonstrate its efficacy in determining appropriate treatment plans.

5. Its DecisionDx-UM test changed how uveal melanoma is managed

Prior to the introduction of Castle Biosciences’ DecisionDx-UM test, the low accuracy of traditional diagnostic tests resulted in all patients of uveal melanoma being grouped together in a single, high-risk treatment plan. DecisionDx-UM helps identify patients at low risk for progression of the disease, allowing for the level of care to be adjusted accordingly.

6. It has new tests in the pipeline

While its focus to date has been on diagnostic tests for cutaneous melanoma and uveal melanoma, Castle Biosciences is currently working on several areas of high medical need. One of its most interesting studies is the development of a gene expression profile test that aims to improve upon the currently available staging systems, providing a more accurate means of identifying which patients with cutaneous squamous cell carcinoma are at an increased risk for metastasis.

7. It has a Patient Assistance Program

Castle Biosciences typically secures payment for diagnostic and prognostic testing through Medicare and commercial insurance providers. However, it firmly believes that every patient should have the right to a gold standard level of care, regardless of their ability to pay for it. To this end, it’s put a Patient Assistance Program in place to assist any patient that would otherwise struggle to afford its testing program.

9. It raised $11.7 million for its DecisionDx-Melanoma Test

In April 2015, Castle Biosciences raised $11.7 million for its DecisionDx-Melanoma genetic test. Investors included Industry Ventures, as well as Mountain Group Partners, and HealthQuest Capital. “We are excited to support the continued growth of Castle Biosciences’ clinically important molecular diagnostic tests, building on the commercial success of its uveal melanoma test, and continuing the fast pace of adoption of its cutaneous melanoma test,” Victor Hwang of Industry Ventures said in a news release.

10. HealthQuest Capital joined the board of directors in 2014

In 2014, Castle Biosciences landed $11.8 million during a financing round led by new investor HealthQuest Capital. In return for its contribution, Healthquest was given a place on the company’s board of directors. “We’re extremely pleased to have HealthQuest Capital lead this financing round, and to have the continued support of our current investors including Mountain Group Capital and Affiliates, Longfellow Venture Partners and others,’ Derek Maetzold noted in a statement. ‘Our board looks forward to working with Dr. Kong as we expand the clinical support for our tests, particularly our novel gene expression profile assay for use in identifying metastatic risk in patients with cutaneous melanoma.’

11. It announced its Initial Public Offering in June 2019

In June 2019, Castle Biosciences announced the pricing of its initial public offering. The gross proceeds of its 4,600,000 shares at a price of $16.00 per share was expected to hit $64 million, but in the event closed at $73.6 million. The shares began trading on The Nasdaq Global Market on July 25, 2019, under the symbol “CSTL” and closed on July 29th. SVB Leerink and Baird acted as joint book-running managers, while Canaccord Genuity and BTIG served as co-managers of the offering.

On September 3rd, Castle Biosciences released its 2nd quarter 2019 results. Highlights include an increase in revenue of $6.8 million from Q2 2018, an increase of 24% in DecisionDx-Melanoma and DecisionDx-UM proprietary tests over Q2 2018, and a gross margin of $8.7 million. “We are pleased with our strong second-quarter performance, including our 27% year-over-year growth in DecisionDx-Melanoma test report volume, which we believe was largely driven by our successful first quarter 2019 commercial expansion,” CEO Derek Maetzold said. “We are also encouraged by the success of our recently completed initial public offering and the strong level of interest from our investors. We believe the proceeds from our initial public offering, combined with our existing working capital, position us to execute upon our expansion plans and fund research and development activities.”

13. It won the 2019 Technology Innovation in Melanoma Award

In April 2019, Castle Biosciences was announced as the winner of the 2019 Technology Innovation in Melanoma Award from the American Skin Association (ASA). President of ASA, Dr. David Norris, announced the decision with the statement, “I am proud of ASAs ongoing work and congratulate this much-deserving honoree, Castle Biosciences, on their award”. “We are honored to receive this award, which reflects our company’s foundational belief that bringing innovative molecular testing technology to underserved cancers can drive improvements in patient management,” said Castle Biosciences CEO Derek Maetzold.

14. Its tests are backed by independent studies

The efficacy of Castle Biosciences’ testing has been supported by several highly regarded independent studies. Earlier this year, researchers at the Saint Louis University Hospital published a paper in Cancer Medicine that concluded DecisionDx-Melanoma was sufficient to establish melanoma recurrence without the use of other prognostic factors such as Breslow thickness and sentinel lymph node biopsy. The paper provided further support to the numerous other studies that have demonstrated the superiority of DecisionDx-Melanoma in predicting outcomes.

15. Expanded Medicare coverage for the DecisionDx-Melanoma test is expected

In August 2019, Palmetto GBA, a Medicare Administrative Contractor, announced the intention to extend Medicare coverage for Castle Biosciences’ DecisionDx-Melanoma test. A public comment period will run from October 7, 2019, to November 21, 2019, with the expectation the decision will be rolled out shortly thereafter.

16. It presented at the Baird 2019 Global Healthcare Conference

In August, it was announced that Derek Maetzold, President and Chief Executive Officer of Castle Biosciences, had been invited to present a company overview at the Baird 2019 Global Healthcare Conference in New York City. The annual conference brings together institutional and private equity investors and senior management from over 90 public and privately-held companies in the sectors of Biotechnology, Healthcare Supply Chain & Pharma Services, Healthcare Information Technology, Life Sciences & Diagnostics, Medical Technology, and Facilities & Services. Other presentations this year came from the likes of Icon PLC, Invacare Corporation, and Charles River Laboratories.

17. It was BrightEdge’s first-ever investment

Castle Bioscience has the distinction of being the first-ever recipient of the American Cancer Society’s BrightEdge Philanthropic Impact Fund. The fund is based on a charitable fund model that invests in for-profit companies engaged in the development of pioneering cancer-focused therapies and technologies. At the time of the investment, BrightEdge managing director Bob Crutchfield shared the news with the tweet “I am pleased to share that BrightEdge, @AmericanCancer’s new philanthropic impact fund, closed an investment in @CastleBio. This is the first investment for the fund, which aims to accelerate the delivery of promising cancer-related solutions.”

While Castle Biosciences may still be one of the newest players on the market, it’s already established an excellent record of profitability, having delivered triple-digit growth for four consecutive quarters. In the first week of September 2019, it earned a spot on the Breakout Stocks Index (an index that charts stock breakout opportunities and stocks expected to experience a period of sustained price growth). As Investors.com notes, while the company is still too new to the stock market to have established an Accumulation/Distribution Rating, it’s 2.5 up/down volume ratio indicates a high demand for its stock.

19. It aims at a total market opportunity of $1.8 billion

Castle Biosciences has shown year-on-year growth since inception; between 2015 and 2018 alone, the number of GEP tests delivered jumped from 4000 to 13400. Looking at each condition targeted by the organization, the potential for even further growth is astronomical: the total number of incidents of melanoma annually is 190,000; the total for squamous cell carcinoma is 1 million, and the total for suspicious pigmented lesions is 2 million. Given that the only real competition Castle Biosciences has is from Myriad MyPathMelanomo (which is confined to the area of squamous pigmented lesions only), it’s understandable why it’s stock value continues to grow.

20. It’s plowing the proceeds from the IP back into the business

In a statement released on its website, Castle Biosciences confirmed it would plow the proceeds from the IPO into marketing activities to support the commercializing of its products; research and development into both existing and new products in its pipeline; working capital and other general expenses. It would not, it confirmed, be using the proceeds to re-pay debt or buy back shares from existing shareholders. In the event, around $17 million went into marketing, $17 million into R&D, and the remainder into working capital.