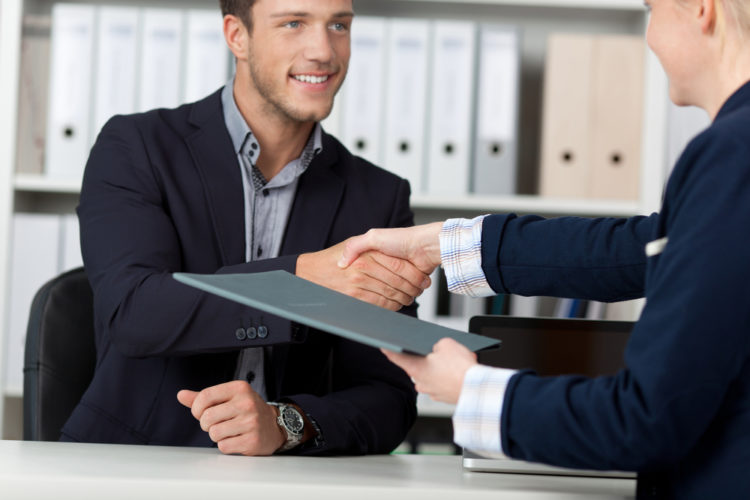 Factorial is a Spanish startup that provides a human resources software platform for small and medium-sized businesses. It’s an all-in-one solution that helps professionals manage vacation, employee benefits, and documents. The software automates human resources tasks while providing enhanced visibility of data and reducing errors. The company has recently received millions in funding to expand its current operations and grow. It’s been making the news in business circles as an up-and-coming startup that investors are eyeing as a potential future leader in the industry. If you’re not familiar with the startup, here are 20 things you probably didn’t know about Factorial.

1. Factorial is still a young company

According to Crunchbase, Factorial was founded in 2016. The headquarters is located in Barcelona, Catalonia, Spain. The startup has been in business for five years. While it’s still in the developmental stages, Factorial has shown impressive growth and success in its niche of the technology industry. It’s still a young company but it’s advanced quickly in securing a solid customer base.

2. Factorial is a versatile company

Factorial is listed across seven different industries on the internet. This suggests that its products and services are multi-faceted and versatile. It is categorized as a business information systems company that provides B2B products and services. It also falls under the categories of Human Resources, employee benefits, productivity tools, small and medium businesses, and software. It offers a broad scope of services.

The website for Factorial uses a complicated assortment of technologies. They’re all necessary to provide visitors and users with a smooth and seamless experience. Factorial’s website is powered by a total of 44 technologies distributed across 45 technology products and services. Some of these technologies include Viewport Meta, iPhone Mobile Compatible, SSL by Default, jQuery, HTML5, Google Analytics, and several others.

4. Factorial’s IT expenses are moderate

Although Factorial uses more than three dozen technology services, it’s managed to keep its IT expenses at a minimum. It’s projected that Factorial will spend $27.2K on its IT overhead for 2021. While it’s in the tens of thousands, it’s a lot less than many other large companies, that often spend in the hundreds of thousands annually, or even millions.

5. Factorial maintains an edge over the competition

Human Resource software products and services are not a new trend. Companies have been providing these goods and services for decades. There is a lot of competition in the industry, but Factorial has a business edge over its rivals in the industry. It’s achieved this advantage by obtaining three registered trademarks in the scientific and electric apparatus and instruments category. The trademarks give Factorial absolute control over the intellectual properties that help them stand out from the others.

6. Interest in Factorial is growing

The analytics for the Factorial website shows that there has been an increase in interest in the company’s products and services over the past 30 days. The website has been visited 192,445 times over the past month. This reflects a monthly visits growth increase of 14.26 percent. The volume of web traffic has resulted in Factorial achieving the rank of number 171,244 of the millions of websites registered on the world wide web.

7. Factorial is the most popular in Spain

The executive leaders at Factorial are supported by a team of talented management professionals who help them achieve their business goals. Adolfo Artola Madrigal is a controller intern. Oriol Blanc is the director of engineering. Antonio Perez is a paid media manager. Dani Piol is the content manager. Garance Flore Vallat is the engineering manager. Johan Zaafrani is the regional sales development manager in Western Europe. Marina Camacho is a content manager. Albert Romero is in charge of the product, and Aina Elias is the video producer.

10. Factorial has a 2-member board of directors

11. Factorial is a venture capital-backed company

Factorial has participated in four rounds of venture capital fundraising. It has raised a total of $100 million from its investors. The most recent round of Series B funding closed on September 6, 2021. Factorial is an early-stage VC business.

Factorial has successfully attracted the interest and support of eight investors with three of them serving as lead investors in the VC fundraising rounds. Investor confidence is high because of the large among of funding that has been invested in the future and growth of Factorial. The most recent investors to join the efforts are CRV and K Fund. Other investors include Columbia Lake Partners, Creandum, Point Nine, Tiger Global Management, also a lead investor. Details of the investment agreements have not been disclosed by factorial, but it is assumed that the companies investing in the future profitability of Factorial have received some guarantee of a return in the form of an unspecified stake in the enterprise.

13. Factorial is good for small to medium businesses

According to Techcrunch, Factorial is a company that caters to the needs of small to medium businesses. These companies often have problems competing with larger enterprises because they do not have the financial resources to purchase automated software programs and services. The platform that Factorial offers to these companies is offered at scale, with affordable pricing, and it helps them to automate their HR processes in the same way that larger companies do. It helps to level the playing field by making them more competitive and better able to manage tasks using fewer company resources. In short, the platform helps them to save money in overhead expenses for staffing and other budget items. In this regard, Factorial is very good for small to medium-sized businesses.

14. Factorial is experiencing a boom in business

The leadership at Factorial shared that the past eighteen months have been a time of growth and expansion for the business. They’ve seen a huge boom in business with the addition of new customers across the world. Factorial serves over 75,000 customers as of September of 2021. These customers are distributed throughout 65 countries throughout the world. They also add that each customer represents approximately 100 employees, however, the range can be from a few workers up to 1,000.

15. Investors pushed for the last round of fundraising

We learned that the most recent round of VC fundraising for Factorial was not the idea of its ownership. The leaders were not actively seeking any more funding for the company. Investors approached them because they saw an opportunity for Factorial to enter into new markets and expand their current reach. There is a lot of competition out there with companies that have high valuations, but investors also saw that there is a tremendous amount of fragmentation in the market. This gave Factorial an opportunity for substantial growth. They agreed to the new round of funding and it yielded an additional $80 million to continue with its forward trajectory. The European market is ripe for the products and services Factorial has to offer and now is the time to move.

16. Factorial is a privately held enterprise

Factorial has been in business for five years. The founders decided to maintain its status as a privately owned business. Our research has not revealed any talks of an IPO in the near or extended future. This is why you will not find shares of Factorial stocks available on any of the public stock exchanges. It’s not a publicly-traded company and it only accepts investments from private VC firms so far.

Three talented professionals got together and combined their resources to form the company Factorial. Bernat Farrero, Pau Roman, and Jordi Romero are the owners. All of them are seasoned businessmen with years of cumulative knowledge and experience.

18. Pau Roman is a serial entrepreneur

Pau Roman, also known as Pau Roman Revilla, is a software engineer. He has served in multiple developers and technical lead jobs throughout his career. He is a co-founder of Factorial, but he also founded a company called zspeaker.com. The company launched in May of 2011 in Barcelona, Spain, and San Francisco, California. The platform helped provide social influencers with a product to help them monetize their websites. He met the founder of Redbooth, also known as Teambox. He joined their team as the chief technical officer, an executive position.

According to LinkedIn, Jordi earned his master of science degree in computer science in 2010 from the Universitat Politecnica de Catalunya. He started and ran a software development consultancy in Spain. It was called JRDV. The business launched in January of 2005 and was operational for five years and 5 months. It provided web applications for businesses. Jordi got hired to work at Redbooth as a chief technical officer but quickly rose through the ranks. He received a promotion to vice president of business development. He served at the post for 6 years, leaving in April of 2016 o pursue other career endeavors. Jordi served as chief executive officer of Itnig, an early-stage seed funding firm. He was promoted to partner shortly after a year. He is now a Title partner with the firm who remains on the board of directors as an advisor.

Bernat Farrero attended Universita degli Studi di Brescia where he studied international economics. He completed his education and earned his degree in computer science engineering at the Universitat Politecnica de Catalunya in 2010. He started his career as a developer. In 2009, he founded Itnig Startup Ecosystem. The business is an early-stage seed fund. Mr. Farrero is currently the chairman of the enterprise. He went on to found a company called Camaloon in 2011. He was the founder and CEO for six years. He is presently the chairman of the Barcelona-based company. Bernat founded a startup called Quipu in September of 2011. He currently serves as the chairman of the business that has been in operation for over eight years. Bernat Farrero has founded three organizations and is still actively involved in each of them.

Factorial employs 263 staff members in its workforce. From all appearances, the company is preparing for another growth spurt. It is currently hiring. There are 29 new job openings listed on its LinkedIn page. All of the new jobs are for people who live in Barcelona. It appears that the company is building its workforce and infrastructure in its home base. Factorial is a company to keep your eye on as it is thriving when other businesses are failing. They have a winning combination of talented leaders and workers joining together to continue the growth and expansion of their operations throughout the world.