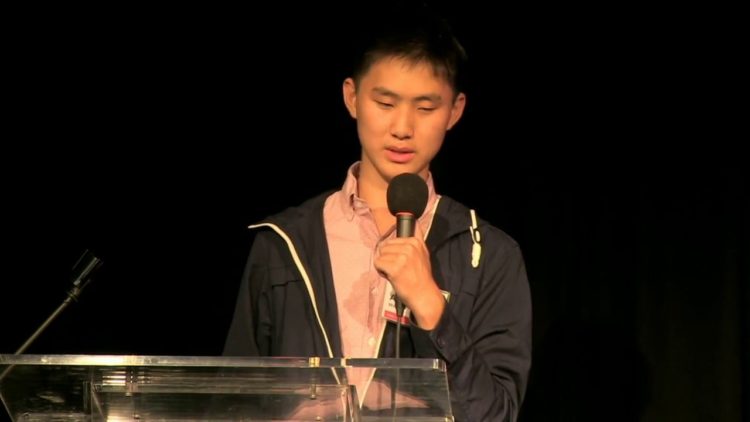 The next big thing invention after the internet is said to be artificial Intelligence. In a bid to make this a reality, many companies are coming up with different innovations to propel the idea further. Scale AI CEO and co-founder Alexandr Wang has also jumped onto the bandwagon. Scale AI was formed in 2016 and in three years it has seen massive growth. The company’s mission is to accelerate the development of AI. The company aims to achieve this by providing accurate data needed in machine learning. This data includes image data, lidar data, map data, text data, tabular data and speech data. Since data is the bridge to realizing the AI dream. Alexandr’s ultimate goal is for Scale AI is to be to Machine Learning what Amazon Web Services is to cloud computing. Here are the ten things you didn’t know about Scale CEO Alexandr Wang.

Alexandr Wang now 22 years old was born in Los Alamos New Mexico. Growing up, both his parents worked at the Los Alamos National Lab as weapon physicists. The lab acted as the site for the Manhattan Project. This is the project that was responsible for designing and building the first atomic bomb during the Second World War.

Alexandr attended Los Alamos High school. After working for some time he joined MIT to pursue a degree in machine learning. In 2016 after his freshman year he dropped out of MIT to start his own company.

Alexandr started working very early in life. He got job offers from tech companies even before finishing high school. After high school, he was recruited into Silicon Valley where he started working at Addepar as a software engineer. Later he went on to work at Quora as Tech lead for two years. In 2016 he interned at the Hudson River Trading where he developed trading algorithms. Since he wanted more knowledge in machine learning he enrolled for a machine learning course at MIT. During his school break, he interviewed for internship opportunities and got many offers. However, he declined all the offers, quit school and started his company Scale AI. After working hard for three years. The company has grown substantially, it currently has 100 employees and over 30,000 contract employees. Its customer base consists of top notch companies such as Waymo, Cruise, Airbnb, Pinterest, Lyft, OpenAI, nuTonomy, and Samsung.

According to the LA Daily Post, Wang’s inspiration comes from Steve Jobs quote “Again, you can’t connect the dots looking forward; you can only connect them looking backward. So you have to trust that the dots will somehow connect in your future. You have to trust in something – your gut, destiny, life, karma.” In an otherwise uncertain future he has used this quote to help him forge forward. Instead of worrying about the future he has let his passions and actions be the main determinant for his future.

5. He Taught Himself How To Code

Alexandr has been a violin play since he was nine years old. Besides playing violin his other interests include writing, hiking, programming, reading Nietzsche, Sartre, and Kierkegaard.

7. His Parents Are Disappointed In Him Dropping Out Of School

According to an interview with This Week in startups, Wang admitted that his parents are still disappointed in him dropping out of school despite his many achievements. However, he is undeterred in his decision. In an interview with Bloomberg Technology https://www.youtube.com/watch?v=rd1K99yikAg when asked about his thoughts on college education are being a dropout himself. Wang said “If you know what you want to do you don’t need a college degree. All that is need is having good skills.”

When he was younger Alexandr loved Math. According to Forbes magazine, Wang began on competitive math in a competition known as MATHCOUNTS while in 6th grade. He has participated in many more math, physics and computing compactions since then. Some of the competitions include: The USA Mathematical Talent Search (USAMTS) where he won a bronze medal in 2011 and later became a gold medalist in 2012. In 2013 Wang scored among the top 30 Nationwide in the USA Mathematical Olympiad. He also participated in the National Who Wants to Be a Mathematician where he came at 3rd place. Besides math, he was also good at physics. In 2014 he participated in the United States National Physics Olympiad (USAPhO) where he was a semifinalist. In 2013 he also participated in the USA Computing Olympiad (USACO) where he was a national finalist and a camp invitee.

According to the Global News Wire, Scale received $4.5 million in funding in the Series A funding. The funding was led by Accel and Y Combinator making Wang the youngest entrepreneur to be funded by Accel. On 5th August 2019 Scale AI announced in a blog post that it had secured $100 million in series C funding. After the funding, Scale AI was valued at $1 billion. Resulting to Alexandr and co-founder Lucy Gao being named Forbes 30 under 30 honorees.

With the rate at which technology is advancing venture capitalists are on the lookout for the next big thing. Not wanting to miss out on the billions that could come from an investment, gone are the days when the entrepreneurs had to do the convincing. The game has changed and the venture capitalists are the ones doing the wooing to get in on the funding. This has worked to Wang’s advantage. According to Business Insider. Wang was introduced to Katy Perry by an investor who was trying to impress him.

Having started his career at a young age it’s clear Alexandr has no intention of slow down. Now having received the required funding. We can only wait to get into the AI age sooner -Thus accomplishing his mission which is to accelerate the development of AI applications.