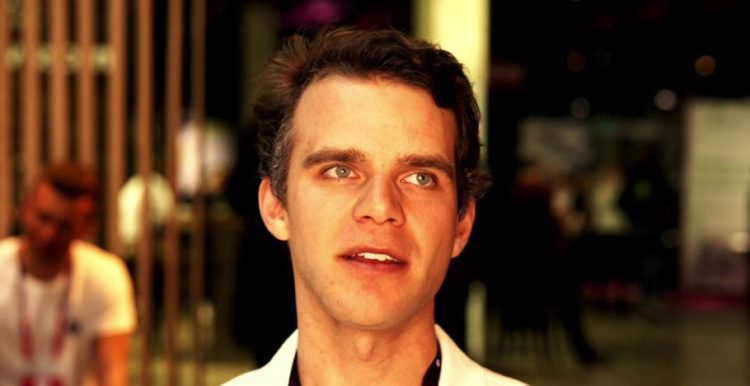 Fredrik Hjelm is a Swedish entrepreneur and businessman. He is the CEO of a company called Voi. The new startup is just three years old and it is already poised to become a unicorn status enterprise in the months to come. The business provides electric scooters for public transportation and it is a phenomenon that is taking Europe by storm with fleets of last-mine transportation options. Mr. Hjelm is a young entrepreneur who has accomplished some amazing things in the past three years. For this reason, we’re highlighting him as one of Europe’s most outstanding businessmen. To help acquaint you with him, here are 10 things you probably didn’t know about Fredrik Hjelm:

1. Fredrik Hjelm is a visionary

According to Crunchbase, Fredrik is the co-founder and CEO of Voi Technology, an electric scooter, and micro-mobility company. He identified a problem with the way that people get around in congested urban areas. It can be tough to find affordable transportation. He envisioned a solution that would provide the masses with an option for last-mile transportation that would save their legs for relatively short commutes, and spare them the fees charged by Uber or taxi services. He and his partners developed a company that provides a fleet of electric scooters with a rental platform that is not only affordable and hassle-free but also helps to reduce air pollution.

2. He’s been an entrepreneur since he was a boy

Mr. Hjelm launched his first company when he was just twelve years old. He ran several commercial projects from the time that he was young. He was raised in a rural part of Sweden where he regularly engaged in forestry work and whatever he could find to do. He also dabbled in website sales and other events.

3. He cares about the environment

Hjelm’s electric scooters offer a way to provide transportation without contributing to the problem of CO2 emissions. The power source is cleaner operating than petroleum-based scooters. It offers an alternative power source that also takes up less space on public roads and in parking lots.

4. Fredrik was in the Armed forces

After he graduated from high school Fredrik Hjelm attended the Armed Forces Interpreter Academy. It’s the intelligence branch of the special forces division in Sweden. While he was there, he studied linguistics and the Russian language. Afterward, he became an analyst and interpreter at the Defence Attache Office in Moscow. He covered Belarus, Kazakhstan, and Russia.

5. He excelled in academics

According to LinkedIn, Fredrik attended Wargentinskolan Ostersund in Sweden from 2008 through 2010. He was School Valedictorian. He attended the Stockholm School of Economics studying business and economics from 2011 through 2014. Simultaneously, he attended Uppsala University from 2012 to the present, pursuing his BA in Russian Studies. He also attended Tolkskolan Swedish Armed Forces Interpreter Academy from 2012 through 2013 studying Russian Studies, Intelligence, Linguistics, and OR-6 Officer training.

6. He worked in telemarketing

Before Fredrik attended college, he took a job with Svenska Dagbladet as a sales consultant. He worked at the job from December of 2008 through December of 2011, spending 3 years and 1 month at the Ostersund, Sweden company. He worked as a salesperson and a telemarketer. He has done a great many things in his life and his work history shows that Fredrik has a strong work ethic and was never without a job. If he wasn’t working for a company, he was attending to his education, serving in the military, or launching a company of his own.

7. Hjelm was a business developer

In 2015, Fredrik was involved with an agency called AVITO.ru in Moscow, Russian Federation. He was a business developer for the third-largest online classifieds site in the world. He spent one year with the company before leaving o to pursue other interests in 2016. While he was employed at the company, he developed their business-to-business marketing platform within the real estate vertical. He also performed analytical tasks for the company. Fredrik worked with the chief executive officer of the agency to help and support in making strategic decisions.

8. He was also a consultant

Fredrik accepted a job with a company called the Boston Consulting Group. He joined the company in 2017 as a strategy consultant. Part of his job was to work on projects in the firm’s industrial goods and retail sectors. His focus was on strategies and e-commerce for industrial robots at Fortune 500 companies. He was in the job for less than a year when he left to pursue other endeavors. This was project-based work and consultants often spend a few months at a company, then leave when the project has been completed.

9. He is a serial entrepreneur

Fredrik founded a company called Guestit in 2014. The business is headquartered in Stockholm, Sweden. It is a tech startup that provides hospitality management services and a platform for short-term rentals. It provides expertise and custom-built pricing tools for the local market to help owners of properties maximize their income through occupancy optimization. He has been with the company for seven years and is still the owner.

Fredrik also founded a company called Firma Fredrik Helm, or The World. He launched the company in January of 2016. It is a language and educational consulting company that helps students study for the Swedish SAT for college entry. The company also specializes in data and analytics. He has been with the company for 5 years and 8 months and is still the current owner. When Fredrik joined the other partners in establishing Voi, it was his third entrepreneurial endeavor on the books, although he started smaller moneymaking ventures from the time he was twelve years old. His companies are all still in operation. He is a very busy man, serving as the chief executive officer for Voi, also serving on its board of directors. Fredrik Hjelm has a remarkable and impressive career history and he’s far from being finished.