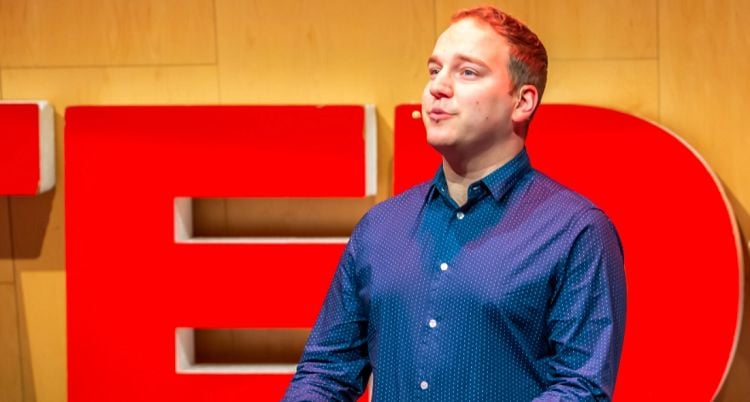 Ward Van Gasteren is a mastermind when it comes to growth hacking for companies. One of the most important aspects of business is achieving growth to increase customer traffic and sales. Mr. Van Gasteren has developed methods for enhancing these activities, hence, helping business owners increase their revenues. He has a lot to share about how to make companies more productive and enhance success in multiple areas. If you’re not yet familiar with him and his work, here are 10 things you probably didn’t know about Ward Van Gasteren that we found both intriguing and useful.

According to Techcrunch, Ward likes the term “growth hacker” because it describes what he does for a living. While hacking is a term that can give off negative vibes, it’s also a very positive skill that allows one to penetrate through obstacles to accomplish a goal in an online environment. Ward took part in the very first class offered by an organization called Growth Tribe. It’s a training company that helped people interested in learning how to expedite business growth. He fully participated in the courses and emerged as a certified growth hacker.

2. Ward van Gasteren is a coach

Part of his professional contributions to clients is to coach them in the art of growth hacking. He believes that growth hacking is an advanced form of marketing that goes over and above traditional methods. He adopted the term growth hacking while other professionals simply prefer to leave the hacking part out and call it growth. His rationale for maintaining the hacking component is to distinguish it from traditional marketing as an upper layer effort that enhances growth marketing in ways that traditional methods cannot. He coaches marketers to help them understand the difference and to achieve higher-level results from their marketing efforts.

Ward van Gasteren’s strategies help to build a specialized service that gives traditional marketing strategies a kickstart. The act of growth hacking gives the company the needed boost to enhance growth through testing new opportunities to see which tactical moves work the best for a particular company. It’s not a formula with a one-size-fits-all prescription. Sometimes a little trial and error period is necessary, but it’s an effort that is used to assess the best strategies for creating a growth spurt and then applying them.

We were impressed to learn that Mr. van Gasteren has developed a set of growth hacking courses. He has titled the training “Grow With Ward.” He explains that there was a need to make the growth hacking strategies available to a larger segment of business so he created two types of training products. There is a budget training program that teaches growth hacking in its base form using superficial growth tactics for a cost of $200. He also offers customized training that ranges in cost from $1,500 to $5,000, depending on the size and content desired by an organization.

5. His services bring in high revenues

Mr. van Gasteren is willing to spend time working with individuals on a one-on-one basis but is warned, his time is valuable. Ward is a businessman and he is well aware of how much his time is worth. He acknowledged that spending one-on-one time with him is far too expensive for most consumers and companies. This is why he created the courses that are offered in a customized platform to meet the needs and budgets of the participants.

According to LinkedIn, Ward has published three significant works. He shares his knowledge of marketing as well as the growth hacking process in his works. He wrote “Step-by-Step Guide to the Growth Hacking Process, ” “T-Shaped Growth Hacker Skills-The Complete List,” and “Growing Happy Clients.” You can find his publications for sale on popular online sites such as Amazon and other online vendors.

Ward van Gasteren is multilingual. Among his most significant accomplishments, he lists the different languages that he has mastered. His native tongue is Dutch as he is a citizen of the Netherlands. He is also fluent in French, English, and German. His linguistic diversity comes in handy for speaking to large audiences from various countries throughout the world.

8. Ward is a celebrated pioneer in his profession

Mr. van Gasteren has received numerous awards for his significant contributions to the marketing industry. He received three honors and awards which distinguish him in his class. He received a Young Innovation Award, and was named by T500 as “One of the most talented people in the Dutch tech scene,” as well as a Pioneer category as “Most promising youngster in the category.” He has also participated in three major projects including HOE Onderwijs, Catawiki-Growth Hacking Project and he was appointed to the Selection Committee for Dutch Youth Ambassador to the UN.

9. He believes in volunteerism

Ward van Gasteren volunteers his time to help others and to make the world a better place. Although his skills are in high demand and his time is worth a lot of money, he shares with others without charge. He serves as a business advisor for a company called Enactus Nijmegan from 2014 to the present. He volunteered as a startup mentor for an organization called TEC Europe in its CauseEducation program from December of 2015 to the present. He has spent seven years with the company. He is a member of the Dutch Advisory Board of Campus Party. He served for 5 years and 9 months, leaving the Netherlands Foundation in December of 2018. He joined the NJR company as Procesbegeleider Nationaal Jeugddebat in October of 201 through September of 2015, donating three years of his time to the position.

10. He has multiple licenses and certifications