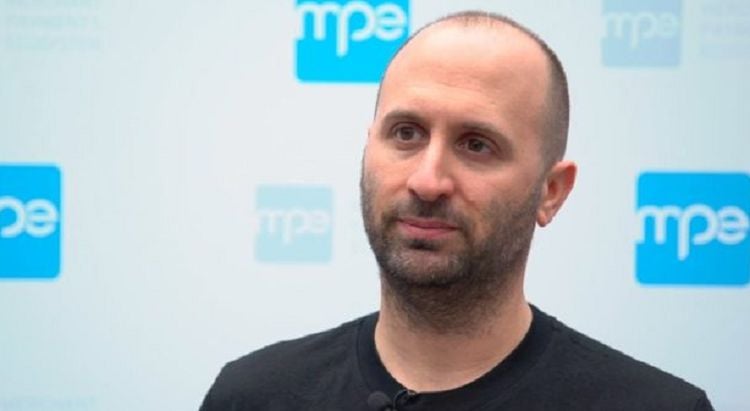 Arik Shtilman is a startup founder, technology innovator, and business management executive. He is well informed in technology infrastructure ventures. He is involved with many tech-based companies that offer different services and products to people globally. Arik has experience in building high-growth tech companies leveraging cloud computing scaling to meet rapid customer demands globally. Since he has dealt with cloud computing tech companies before, his new approach to a Fintech company has brought new ways of doing business and he is projecting to achieve a lot in this field. Here are 10 things you didn’t know about Arik Shtilman:

He has worked very hard to achieve a multi-billion dollar company with over 200 employees offering payment services globally. He has been able to steer this company in the right direction having learned from previous mistakes.

Arik Shtilman is the CEO of Rapyd. He founded the company after selling the previous cloud computing-based company. Rapyd is a company that uses a mobile platform to enable digital payments of products and services. The platform uses a single API to enable people to withdraw and make payments.Rapyd uses an approach similar to Amazon’s AWS service which provides services globally to more than a hundred countries.

Before he started Rapyd, Arik Shtilman was the CEO of another company known as ITNAVIGATOR. He had founded ITNAVIGATOR in the year 2003 together with three other co-founders. He was chairman of this company and led it from its earlier days when it was just a start-up making it a multi-million dollar company. Arik was the one responsible for the company’s vision, strategy, product management businesses development, sales, and marketing. ITNAVIGATOR was a cloud-based company.

4. Ability to build something from Scratch

According to The Official Board, Arik and his co-founders built ITNAVIGATOR from scratch without any financial assistance from anyone or any other investors. Without financial assistance from other areas, it was hard to get the company into a multi-billion dollar company. Arik has cited the lack of involving investors in this company as one mistake they did which they rectified when they founded Rapyd. They sold this company after 10 years in 2013 to Avaya and Arik was responsible for negotiating the initial terms, drawing up the contract with the legal team, and persevering through the whole sale process until it was finalized.

After selling ITNAVIGATOR, Arik founded Rapyd together with his co-founders in 2015 and they wanted this company to be different from the earlier one. They have done things differently like accepting money from other investors and banks because they want the company to be a multi-billion dollar company. According to Rapyd, Arik attests to making decisions based more on statistics, numbers, and data and less on instincts unlike what he did before.

6. Board member of Cash Dash

Arik Shtilman is a Board member of Cash Dash, a company dealing with currency exchange on a mobile application for travelers. Cash Dash enables safe transactions of cash for travelers by use of a mobile platform. It eliminates the need for travelers to carry a lot of cash between the travel destinations. This is very safe and travelers have peace of mind as they know they are safe and the thought of losing money is not encountered by anyone using this platform.

7. Board member of Vigilance Networks

He was a Board member at Vigilance Networks from April 2013 to December 2016. Vigilance Networks deals with security intelligence specializing in IP networks and applications in real-time. Vigilance Networks deals with safely securing networks and platforms of businesses and companies in real-time IP applications and mobile platforms. He was on the board team for three years and nine months. Arik Shtilman has also been on the Board of Mixxer by Creative Mass from August 2015 to July 2016. This company focuses on people who want to create smart, beautiful, and rich videos. It helps upcoming artists while they are making their videos. Arik was a project manager at IBM Israel between January 2001 and December 2003. He was responsible for the implementation of Genesys and Avaya solutions for large-scale projects dealing with businesses in the telecommunication and financial industry.

8. Worked as a member of the defense forces

Arik also served in the defense forces of Israel in his earlier days.

When asked about his hobbies he responded by saying that most people know his love for basketball and thought that basketball is his only hobby but most people did not know that he has another hobby which is cooking and he says he is very good at it. Arik Shtilman has accomplished a lot through the years while working with tech firms. He says he has recruited fantastic people as he builds a world-class team at Rapyd. He has also been at the forefront in educating people about the need for Fintech and talking to the world’s top investors on the importance of investing in Fintech and by so many high-end investors have invested in Rapyd which has been a great accomplishment.

According to Crunch Base, Arik also spends time during the week going through one department over the other in Rapyd trying to understand what exactly is going on as he talks directly to people without talking to the manager. This helps him know what is really happening in a particular department. If he notices a team is underperforming he will make sure that he gets to the bottom of it and speak to the manager to understand what is wrong. Sometimes people might be in the wrong position or they might have hired the wrong people, or maybe the people are trying to build something that cannot be built and in turn, they end up underperforming. That is why he is always hands-on to know what is going on in the company. Arik Shtilman is a man who has traveled a lot to many different countries doing business and also getting new markets and educating people on the advantages of Fintech and how it will change payment methods from the old technique of using checks or cards.