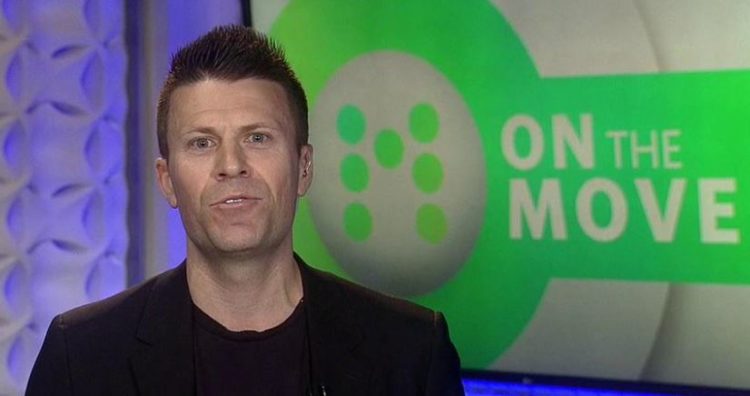 CJ MacDonald is an American entrepreneur and businessman. He is the chief executive officer of the banking solution for teens and parents called Step. He is an interesting executive who offers some good examples of how to become successful in business. To help you become more familiar with him and to learn about his strategies for launching and developing a thriving business. Here are 10 things you didn’t know about CJ MacDonald.

1. CJ MacDonald is the founder of Step

MacDonald is not only the leader of Step, he is also the founder. According to Crunchbase, He officially launched the company in 2018. It’s an infant company that has only been in business for a little over 2 years, but it has grown and expanded quickly.

Step isn’t the only business that CJ MacDonald has founded. He has been an entrepreneur for more than fifteen years. His businesses have spanned multiple industries. He co-founded a company called Gyft in 2012 before establishing Step. He grew Gyft to an early-stage startup then sold the business to First Data in the year 2017. He has a flair for building up companies to an attractive level of success for acquisition.

Mr. MacDonald has also gained valuable experience at other companies. He was hired as the vice president for business development at Luminate in 2008. Luminate is a platform that provides image advertising along with related content. It combines several technologies including machine learning, computer vision, and crowdsourcing. He worked at the Mountain View, California firm until 2011. This was a highly responsible position that put him in charge of the business development aspect of the company, which was a useful experience for launching his successful enterprises later.

4. He started at the management level and worked his way up

Before becoming a vice president, Mr. MacDonald secured a position as a director for a company called Liveops. He was the director of sales and business development. He started the job in 2004 with the pioneer in the gig economy. It provided a cloud-based contact center and customer service solution which also included work-at-home agents. He worked at the Scottsdale, Arizona company until 2008 when he took the opportunity to obtain a higher level in his career development at Luminate.

5. MacDonald is educated in Government

CJ MacDonald went to college after he completed his high school studies. He had his dreams and aspirations for his career but he knew that it was important to first build a solid foundation by completing his college education. Before he struck out on his own to enter the world of professional business he enrolled in college courses. His application was accepted at Wesleyan University. The institution is located in the city of Middletown, Connecticut. While at the school he studied in the government program. He graduated with his bachelor of arts degree in government in 2002.

6. CJ MacDonald is an angel investor

According to Angel, Mr. MacDonald is also an angel investor. He has a keen eye for startups that have the potential to succeed and deliver a healthy return on investment funding. This is thanks to his previous and current experience with launching new business startups. He has built a healthy investment portfolio which includes a 2017 investment in Andreessen Horowitz, a 2018 Series B investment in Bird, a 2016 Seed investment in Seed, which was acquired. and 2016 Seed investments in Policygtenius and Upside Business Travel startups.

Mr. MacDonald has used his unique strategy for career development and professional development. After achieving his four-year college degree, he has founded two companies called Gyft and Step, he worked for LiveOps as a director, then as a vice-president of Luminate. He also serves on multiple boards and as an advisor. He is a current board member for Gyft. He is an advisor for Radiance Labs, Switchboard Sales, and Bringhub. Even though he is busy running his most recent startup, he takes the time to help advise other startups.

8. He is an educator

CJ MacDonald identified a problem in society and developed a solution to remedy the situation. Teens are not taught how to use a bank account. Some families don’t even think about teaching their children about how banks work and how to use the services. Step is a solution that offers mobile banking for teens. It is a next-generation financial services solution that helps teens and young adults to learn about banking with user-friendly accounts. There are zero fees associated with the account and it allows teens to send and receive money using their phone. It is free to sign up and it helps to teach young people how to utilize bank accounts and financial processes. This is a service that helps parents to guide their kids safely and responsibly for managing finances. It will lead to a better-educated workforce in the years to come.

CJ MacDonald has set up a personal website where he provides a blog that explains his journey in launching his banking solution called Step. He realized that banks offer convenient financial solutions, but there are often hidden fees involved, and owning a bank account can become expensive. Overdrafts are becoming more common as charges for checks, ATMs and other services are often not detailed in advance, leaving some users with deficits and overdrafts because of high fees for certain services. These can blindside you if you’re not watching. Some offer teenagers credit and debit cards with ridiculous restrictions and high interest rates of up to 31.6 percent.

10. CJ MacDonald is an entrepreneur to keep your eye on

CJ is a skilled professional who has established a proven track record in launching and establishing successful business startups. He’s experienced in both offline and online business development. He is a results-oriented leader who knows how to achieve positive results.