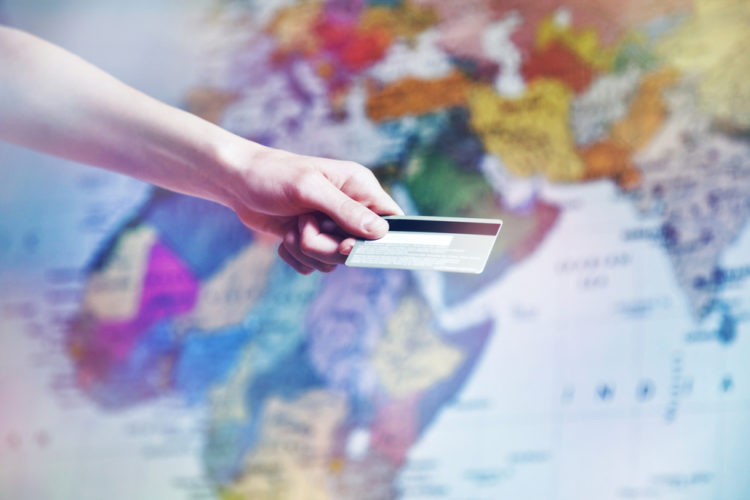 Rapyd is a startup that provides a platform for making international payments. It’s one of the most talked-about businesses in news circles in the fintech industry. We were interested in learning more about this company that has exploded in its growth, expansion, and valuation in recent months, and what we learned was intriguing. We wanted to share the information about the startup with those who might benefit from the findings as it is not only a solid investment option for private investors, it also offers relevant services for everyone who participates in business and financial activities. Here are 20 things you probably didn’t know about Rapyd to help acquaint you with the payment services.

1. Rapyd can improve your apps

According to Crunchbase, Rapyd is a fintech development company that provides its clients with a platform for payments that allows you to insert fintech services into any existing apps. It enhances financial transactions by simplifying the often complicated offering of local payment methods.

2. Rapyd is a Fintech-as-a-Service platform

Rapyd puts customizable technology into the hands of companies that have a desire to provide unique payment solutions for their clients. It offers a payments network to both businesses and individual consumers that allows them to engage in financial transactions in any market and across any international borders. Users can customize the features to fit in with the current needs of the organization to provide users with fast and easy financial transaction solutions that are ideal for the type of transactions and companies involved for speed, reliability, and convenience.

3. Rapyd’s platform is a game-changer

Rapyd has the potential to transform the current fintech industry with meaningful new technologies that simplify transaction processes across the globe. The company caters to a broad range of industries through its platform including traditional banks, challenger wallets, online lenders, remittance platforms, gig platforms, e-commerce merchants, and more. The solutions have a high potential for helping financial companies to break loose from old infrastructures and the limitations they previously worked within. Through Rapyd, they can reimagine their current processes and update these processes to draw in more consumers.

4. Rapyd brings all the pieces of the puzzle together

Businesses and consumers become frustrated when they work within fragmented financial systems where transactions do not always flow smoothly and quickly. We often see this in international payments as well as with some old-school financial institutions that have not yet embraced modern technology. The platform that Rapyd offers unifies all of the fragmented payment systems of those participating and creates a smooth and seamless flow for the end-users as well as for those offering the services and goods. Everyone wins when using the Rapyd platform. The solutions are also mobile-friendly. The startup has developed a network that has brought more than 900 payment methods in 100 countries together.

5. Rapyd is still a young company

Rapyd was officially launched in 2016. The business has only been in operation for five years. Although it’s still a young company, it has grown and expanded to exceed all expectations. It is registered under the legal business name Rapyd Financial Networks Ltd. The headquarters is located in London, England in the United Kingdom.

6. Rapyd is led by a core executive leadership team of eight

7. Rapyd has a small board of directors

We were a bit surprised to find that just one board member serves as an advisor for Rapyd. Alvaro Rodriguez Arregui is a board observer. He brings years of hands-on experience to the table. He is a managing partner of Ignia, an investor in Rapyd. Mr. Rodriguez Arregui has founded two organizations and he currently serves on ten boards of directors in advisory roles.

8. Rapyd uses a complex array of technologies for its website

The Rapyd website is powered by a complicated combination of technologies. Rapyd currently uses fifty-five active technologies that must all work together to provide a smooth and seamless experience for visitors and users. These technologies are distributed across twenty technology products and services. Some of these technologies are jQuery, Google Analytics, HTML5, iPhone Mobile Compatible, SPF, Viewport Meta, and several others. We feel confident in assuming that the annual cost of IT for Rapyd is over $100,000.

The analytics for the Rapyd website shows that there has been an increase in web traffic to the site from some countries, but a decline in others. The monthly visits traffic has decreased overall by 20.3 percent, but some countries being monitored show a big increase in their activity. Over the past 30 days, Rapyd received 61,526 visits from traffic throughout the world. It is ranked as number 391,156 of the millions of websites registered on the world wide web.

10. Rapyd is most popular in the United States

Korta is the first acquisition that has been made by Rapyd. The deal was announced on April 20, 2020. Korta is a payment service provider in the acquiring and payment services field with its headquarters in Reykjavik, Gullbringsusysla, Iceland. The acquisition was completed on July 7, 2020, with Korta becoming a subsidiary organization under Rapyd. The terms and cost of the acquisition have not yet been disclosed.

12. Rapyd announce the acquisition of Valitor

Rapyd announced that it plans to make its second acquisition. It’s buying a company called Valitor. The announcement was made on July 1, 2021. The transaction is still pending. Rapyd has agreed to pay $100 million for the e-commerce payment solutions organization. It provides merchants all over Europe with acquiring services. Valitor is headquartered in Hafnarfjorour, Gullbringusysla, Iceland. Before the acquisition agreement, Valitor made two acquisitions. We see that Rapyd is buying up companies that offer services that are in sync with its mission throughout the country of Iceland, suggesting it is growing its geographical reach in various parts of Europe. It’s a part of the startup’s current growth and expansion strategies.

According to Techcrunch, Rapyd has recently launched a new division that is called Rapyd Ventures. This is the investment arm of the company that is in charge of its acquisitions as well as for its research and development for creating new products or upgrading current offerings with advanced technology. An example is its acquisition of Valitor, which issues cards and acquires payments, also its recent purchase of Korta. This is just the beginning according to the CEO. Rapyd plans to further penetrate the market throughout Europe with yet more acquisitions.

14. Rapyd is a venture capital-backed organization

Rapyd has participated in six rounds of venture capital fundraising. The most recent round of Series E funding closed on August 3, 2021. This qualifies Rapyd as a late-stage VC firm.

Raising funds for massive growth and expansion is not a problem for Rapyd. It has attracted a total of twenty-one investors. The total amount of funds raised so far is $770 million with the latest round bringing in $300 million. This is evidence that investor confidence in the company is high. There is a strong likelihood that all of the investors will receive a healthy return on the investments that they’ve made in Rapyd. The most recent investors to join in the fundraising efforts are General Catalyst and Spark Capital. Other investors include Target Global, Fidelity Ventures, Whale Rock Capital, Dragoneer, BlackRock, Altimeter Capital, Latitude, Latitude, Durable Capital Partners, Avid Ventures, Tal Capital, and others.

16. Rapyd has a solid customer base

Part of the huge success that Rapyd is experiencing is because of its long list of big business customers. The startup has been growing at a fast pace within the last twelve months. It is believed that the recent Covid-19 pandemic that has forced so many to perform their meetings and transactions online has spurred the recent growth. Rapyd serves 650 large enterprise clients as well as 12,000 small to medium-sized businesses throughout the world. This has increased the revenues generated during this time.

17. Rapyd has quadrupled its revenue

The surge in online business has caused a huge demand for fast, efficient, and convenient payment options. The timing for Rapyd was ideal as it saw a surge in business that increased its revenue. During the 2020s, the volume of transactions completed through the platform was estimated at $5 billion with a fourfold increase in usage. The total payment volume of Rapyd is estimated to conclude at around $20 billion for the year. The global shifts have proven to be extremely beneficial for Rapyd as well as for similar startups that offer payment services.

18. Rapyd is a unicorn company

Rapyd has gone far above the required amount to qualify for the elite and exclusive unicorn status. Companies that achieve a valuation of at least $1 billion are categorized into this classification. During a time when many businesses are failing, even those that have been established for years, Rapyd is thriving under the tumultuous economic times. It’s one of the fortune few industries that is capitalizing on the current world state of affairs due to the ongoing and seemingly worsening pandemic. After the most recent round of funding, the estimated valuation of Rapyd is an astronomical $8.75 billion, and the startup is showing no signs of slowing down on its forward-moving progress. We believe that Rapyd is destined to become the new leader in the fintech industry.

According to LinkedIn, Rapyd is expanding the number of people employed in its workforce. The current number of staff members in the company before making any new hires is listed at 315. While this is a conservative size, it’s upgrading the infrastructure of workers to prepare for its new expansions throughout the world. Position openings are available in Tel Aviv, Israel, in Mountainview, California, USA, Amsterdam, North-Holland, The Netherlands, Singapore, San Francisco, California, USA, Miami, Florida, in the USA, and Mexico City, Mexico. From this information, it’s safe to assume that Rapyd is preparing for its international march across the world. The goal is to get a larger share of the market. It’s quickly turned into a global firm.

20. Rapyd is a privately held business

You won’t find Rapyd stock shares on any of the public stock exchanges. The reason for this is because it’s not a public company. The owner has opted to maintain control over the firm and to keep it private. The funds that become necessary and in good supply from its private venture capital investors. There is no need to file for an IPO for fundraising. From the research we’ve conducted on Rapyd, we see no evidence of plans to go public.