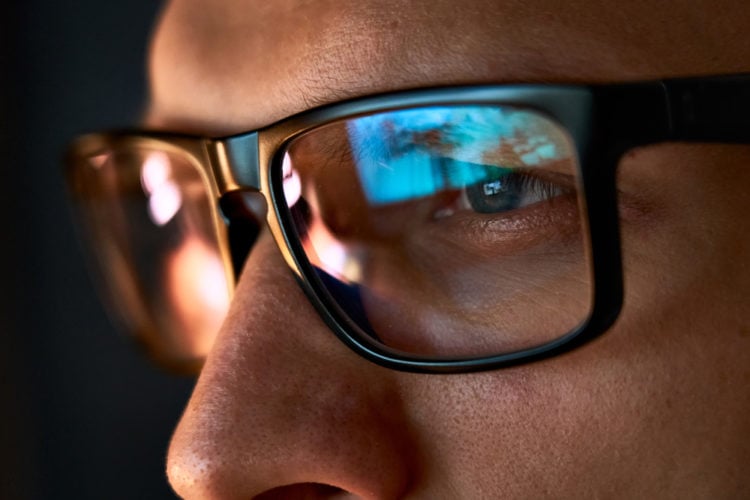 Smart Eye is a tech startup that has been making the news in business circles with its innovative new technology that is making waves in the applications for consumer electronics and automotive industries. This is one of the latest tech companies to spring up in the Scandinavian business scene and the company shows promise of becoming a leader in its field. It has great potential for disrupting the automotive technology industry with its products and services. To help you become more familiar with the new tech startup, here are 20 things you didn’t know about Smart Eye.

According to Wikipedia, Smart Eye AB is a Swedish company. Its headquarters are located in Gothenburg, Sweden. The high-tech firm develops and markets products that use digital cameras to track eye movement and the direction of the gaze in real-time. The technology is largely used for research applications and the potentials for use in the consumer electronics and automotive sectors are currently being investigated.

2. Smart Eye has been in business for two decades

The Swedish company was established in 1999. It’s been in operation for a little over twenty years. The technology produced by the enterprise was originally intended to provide researchers with a means of eye-tracking in real-time, without the need for any interference that would be considered invasive. The first product was released in 2001 in the form of a camera system with a flexible configuration called Smart Eye Pro. Four years later a mono camera system was released that lowered the cost and provided a hardware system for automotive use, called AntiSleep. In 2009, a new product called Embedded AntiSleep provided an updated version for automotive use in a complete integrated mono camera system run on BlackFin DSP.

3. Smart Eye has evolved in its technology development

By 2012, Smart Eye had evolved as a more mature company that offered a more advanced system featuring a dual-camera eye tracker that was integrated into a computer monitor. This system was called the DR 120. The following year its Smart Eye Pro was upgraded with a fully automatic initialization. In 2014, Smart Eye released a new reference system used in the automotive industry called Blackbird. The following year it released a removable high precision screen metering system called Aurora. You can see a pattern of growth and maturity as Smart Eye began incorporating artificial intelligence technology into its products with the 2017 release of its multimodal In-Car Artificial Intelligence platform that was called Smart AI.

4. Smart Eye is led by a small executive leadership team

According to CrunchBase, Smart Eye has just five members in its executive leadership team. Martin Krantz is the chief executive officer standing at the helm of the enterprise and overseeing its leadership team. He is also the sole founder of the company. He is joined by Robert Wesley, sales director, Henrik Lind, chief research officer, Martin Rydberg the chief technology officer, and Anders Lyrheden the chief financial officer. At Smart Eye, they like to keep things simple, but their system is effective and the team has a proven track record of success.

5. Smart Eye uses a range of technology products to power its website

The technology used to power the Smart Eye website is complex behind the scenes, but it provides a smooth interface for users. The Smart Eye website actively uses thirteen technologies to power its website. These are distributed over twenty-one technology products. It includes jQuery, Google Analytics, HTML5, iPhone Mobile Compatible, nginx, LetsEncrypt, and several others.

6. Smart Eye has a high overhead

The statistics for Smart Eye also show that the company spends a lot each year on its IT and technology products. It is expensive to maintain a website and keep everything running smoothly. The budget allocation of Smart Eye for the year 2021, is set at $575.6 thousand for technology and IT services alone.

Smart Eye is a tech company that offers products and services that are not found anywhere else in the world. It maintains a distinct edge over the competition because of its patented technology that is protected by law. This helps to ensure that none of its competitors will be able to offer products and services that are the same. So far, Smart Eye has registered nine patents in the computing and calculating category. These developments are the express intellectual property of Smart Eye and may not be legally imitated by others.

8. Smart Eye is the most popular in the United States

When we first saw that Smart Eye only gets about 3,987 visitors to its website per month, the number didn’t look very impressive. It has ranked as a registered website on the world wide web is nearly in the two millionth position, which is low. However, the monthly visits growth rate is impressive. As of April of 2021, the monthly growth rate was calculated at a rate of 335.74 percent growth.

Our review of Smart Eye revealed that the company has participated in venture capital funding, but only in two rounds in its twenty-one-year history. The most recent round of fundraising was on September 19, 2018. The two rounds raised a total of SEK 139 million. Smart Eye has only received funding from one investor. Fourier transform is the investor that raised funding over two VC rounds.

11. Smart Eye has made one acquisition

In the two decades that it has been in business, Smart Eye has made just one acquisition. This was a recent purchase that shows perhaps the company is getting ready for expansion. On May 25, 2021, Smart Eye acquired a company called Affectiva. This was a strategic move for Smart Eye. Affectiva is a Boston, Massachusetts-based company that develops emotion-recognition software. The technology is designed to analyze vocal and facial expressions down to the most subtle indications. The deal cost Smart Eye $73.5 million. Affectiva received total funding of $62.6 million before the acquisition.

According to LinkedIn, Smart Eye employs a workforce of just 134 members. When we checked into the website to find out if they are currently hiring, we discovered that the company is not. Smart Eye appears to play things fairly close to the vest. The company has no board of directors or advisors, it gets by with a small executive leadership team and it has a small workforce.

According to the official Smart Eye Website, The founder of Smart Eye had a dream about how to use the eyes of humans to help technology become more intimately acquainted with human behavior. Most of us have heard about machine learning and artificial intelligence. It imitates human behavior, therefore, research into eye tracking can help these machines that are powered by artificial intelligence to better understand how people act as well as how they think.

The vision of the Smart Eye company began because of a dream that Mr. Mats Krantz had and remembered upon waking. He spoke with his son Martin to talk about the dream. It was about his wife communicating with a computer. She used her eyes to control the computer in his dream. This made him wonder if people could use their eyes to control the functions of a computer. This gave the younger Krantz an idea that inspired him to ponder the possibilities of eye-tracking technology. It was the dream that his father had that started the inquiries that eventually led to the establishment of the research-based company.

15. Martin Kranz is a physics graduate

The founder of Smart Eye attended the Chalmers University of Technology. This was before the notion of eye-tracking was even pondered and before his father’s somewhat portentous dream. Kranz had recently earned his degree in engineering physics before his father called to discuss his odd dream. After hearing about it, he started to wonder if such a thing was possible. He told his father that he would consider his question and look into it. Martin had developed fiber optic pressure sensors, which may have inspired the dream his father had. Martin discovered that it would be difficult to create such high-level technology, but concurred that it was in fact possible.

16. Martin Kranz and his father started Smart Eye together

It’s heartwarming that Martin Kranz started his new company Smart Eye with his dad in 1999. Martin quit his job to engage in the venture with Mats. The two have a shared vision for their company. Mats are very much a part of the team at Smart Eye, sitting on the board of directors and providing vision and input into the strategic planning for the advancement of the company.

17. Smart Eye was created as a bridge

There still exists a gap between artificial intelligence, machine learning, and a comprehensive understanding of how humans think and act. This is something that machines are beginning to understand better through the use of artificial intelligence. Smart Eye is a company that employs a team of top-notch engineers and tech developers to create a bridge in the gap that exists between machines and their ability to understand human behaviors. It’s one more step in the evolution of machine learning. Although a seamless integration of the deep technical knowledge required is currently an unattainable concept, Smart Eye is moving closer to making it possible.

The SAAB automobile company is also a Swedish company. It was the first automotive manufacturer to partner with Smart Eye to use the technology in the automobile industry. The technology products that Smart Eye provides for these companies are used to enhance vehicle reliability, safety, and quality.

In addition to providing technology for the automotive industry, Smart Eye also provides products for research and clinical applications. They are a trusted tech provider for companies in aviation and aerospace, as well as for clinical research facilities. The technology products are useful in a broad range of applications within varied sets of circumstances. These are the industries that currently use the technology developed and sold by Smart Eye, but the implications for its uses extend beyond these. More uses will likely be discovered in the years to come. Smart Eye offers the most advanced eye-tracking technology on the planet, and the research into this amazing and innovative technology is ongoing.

20. You can find Smart Eye on the stock exchange

Smart Eye is a publicly held company that offers shares of its stock to buy, sell and trade on the stock exchange. The former venture capital-backed enterprise filed for its initial public offering in 2016 at the Fist North Nasdaq OMX in Stockholm, Sweden. If you’re looking for tech stock to add a new investment to your portfolio, Smart Eye is n established business that has been in operation for two decades. It is still on the move in providing relevant and innovative technology solutions today. The outlook for the continued success of Smart Eye is sunny. 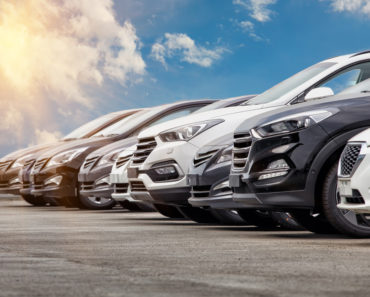 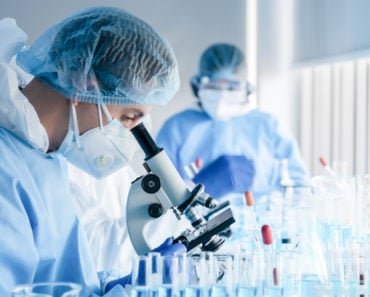 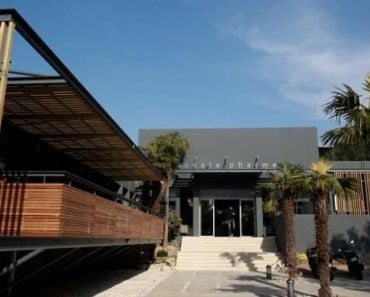 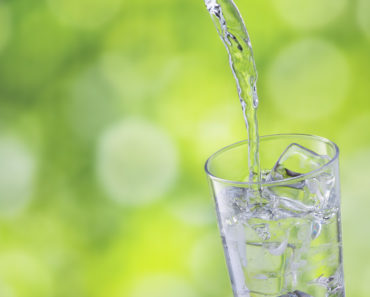 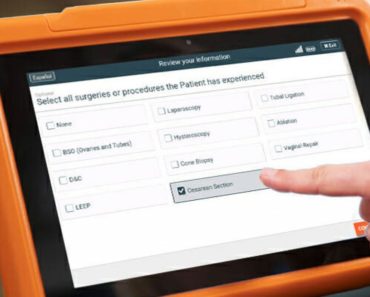 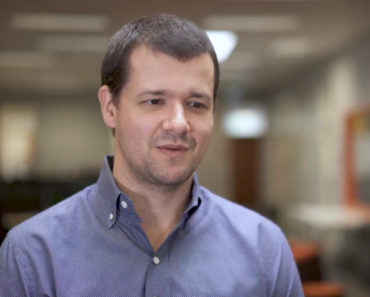