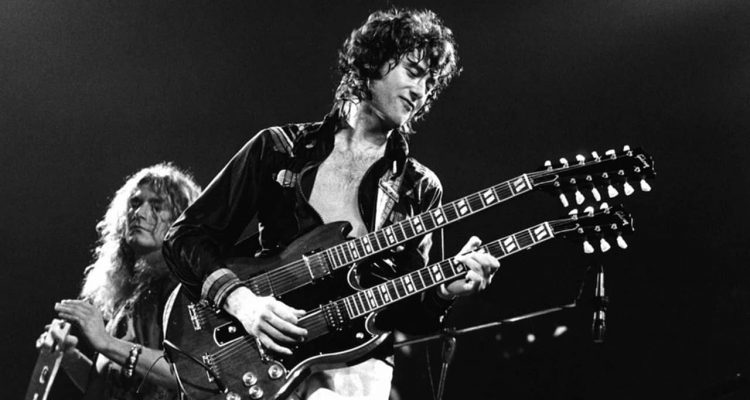 Jimmy Page is a record producer, songwriter, and guitarist who is currently worth about $170 million. Maybe it was his passion or destiny but whatever it was, Jimmy found his calling with the guitar, and it has been worth his while enabling Jimmy Page net worth to reach $170 million. Have a look at his journey.

Coming across his first guitar

James Patrick Page, better known as Jimmy Page, was born on January 9, 1944, to Patricia Elizabeth Gaffikin and James Patrick Page. At the time of his birth, the family lived in Heston, a west London suburb, but they moved to Miles Road, Surrey later in 1952. It is in Miles Road that Jimmy came across his first guitar which he does not know where it came from, to date. On reaching 12 years, Jimmy played the guitar, and though he took a few lessons, he mostly taught himself from listening to records. While he had a few early influences such as James Burton and Scotty Moore, Elvis Presley’s song “Baby Let’s Play House” was his inspiration.

Neil Christian saw Jimmy page, then 15 years old, perform in a local hall and asked him to join “The Crusaders,” his band. Jimmy toured with the band for around two years and played on several of Christian’s recordings including “The Road to Love.” Unfortunately, Jimmy fell ill with glandular fever and stopped touring. The illness also made him rethink his musical career; therefore he opted to put it on hold. Jimmy took up his other passion, painting, at Sutton Art College, Surrey but that did not stop him still from playing at the Marquee Club with different bands. He later became a session musician as well as producer and worked with various rock bands such as the Kinks, the Who and the Rolling Stones. However doing sessions was not fun in the end and although they kept him busy with three sessions a day, for six days every week, he decided to quit after being asked to do Muzak.

Becoming a member of The Yardbirds

Maybe it was fate that got him to leave the session because after quitting, a member of the Yardbirds left the band. In 1965, the Yardbirds approached him to take over for the member, but Jimmy turned them down and instead recommended that they take Jeff Beck, another session musician. The Yardbirds were relentless in their pursuit, and in 1966 they still asked Jimmy to join them, and this time he agreed.In 1966, Beck left due to ill health causing the Yardbirds not to do so well. And in 1968 when Yardbirds were fizzling out, they decided to rename their band hence Led Zeppelin was born.

Led Zeppelin catapulted them to fame and success. From 1969 when they renamed the band to 1980 when they disbanded, they had produced a catalog of music worth more than half a billion dollars. For instance, during their tour on May 4, 1973, in the U.S, they netted $246,000 which is about $1.4 million today. On May 5th, they set a new record for rock-concert earnings when they held a concert in Tampa and made $309,000, equivalent to around $1.75 million today’s money. Led Zeppelin may not have hit the highest sales in the music industry, but they sold over 300 million record units.

Earnings from his album sales and royalties