Home
Net Worth
How Chris Sacca Achieved a Net Worth of $1.1 Billion
Prev Article Next Article 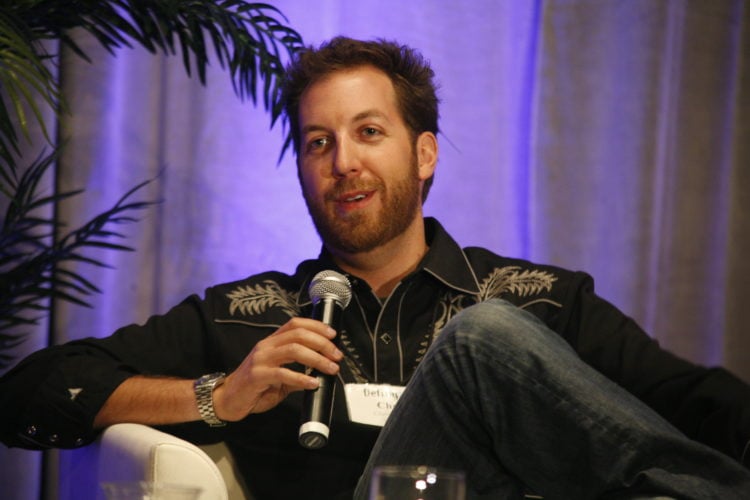 Chris Sacca is the founder of Lowercase Capital and the entrepreneur has been successful in building a net worth of $1.1 billion in US dollars. He’s beat the odds by becoming one in the small percentage of self-starters who make it to the top in their chosen industry. We see quite a few instances of Capital startups that generate millionaires, but more fail than succeed. How did he manage to amass a $1.1 billion fortune?

Good judgment and a little luck

Chris Sacca is savvy when it comes to identifying risky ventures with high potential. Early on he saw the wisdom of investing in the Uber and Twitter companies using funds from his Lowercase Capital venture firm. There were no promises that either would take off and show the exponential growth that they have but Sacca’s assessment of the potential for both was spot on. These were very successful investment ventures for the entrepreneur. He went on to put funding into Twilio. The company that specializes in cloud software seemed to be on the solid side for his investment strategies because it offered products that were in high demand and forecasts showed that this particular technology was only going to increase in use. He was right, as usual, and the Twilio company achieved financial success and in 2016 it went public.

Sacca attended Georgetown University and earned his bachelor of Arts and Science degree, but he didn’t stop there. Still attending his alma mater, he went on to earn a Doctor of Jurisprudence degree. He prepared himself with the book learning and credentialing to pursue his aspirations, but he also had an innate talent for knowing how to invest and when to invest and these combined factors helped him to have the know-how to reach pretty tall heights of business and financial success.

Chris Sacca is married and he and his wife have two small children together. The couple lives in Truckee, California where they are raising their children. In 2017, the self-made billionaire and investor in tech made the decision to retire from the venture capital business so he could devote more time to helping raise his children. He keeps himself involved in professional life through his podcast and he is also pursuing his desire to act on television shows. He’s politically active and asserts that he opposes the current Trump administration, sharing his opinions freely. He’s a character who is known for his cowboy attire which isn’t the usual mode of dress for big-time Tech investors in Silicon Valley. He dresses business appropriate when he’s on the job but when he’s not, he’s at home in western attire. Sacca is personable and doesn’t have a problem becoming close to people, but crossing him isn’t a good idea because he can just as quickly burn any bridges that have been built. He’s also appeared on the popular reality investment series “Shark Tank.”

Chris Sacca, with a net worth of $1.1 billion has made it to the number two position on Forbes list for 2018. He was also on the Midas List of Top Tech Investors for 2017. At age 43, these are amazing accomplishments for a self-made billionaire who began as a venture capital entrepreneur.

If anyone thinks that it was easy for Chris, it wasn’t, although he makes it look that way. He put in the time, effort and incurred the expenses necessary to build a strong foundation with his educational pursuits. He took chances along the way, but they were calculated risks that just happened to pay off for him in the long run. Now, he’s enjoying retirement as a billionaire and doing the things that make him happy and he’s still a relatively young man. He’s an excellent, although rare example of how an individual can carve a place for themselves in the business world and make a literal fortune in the process. For now, it’s not clear what Chris plans to do in the future. He doesn’t need to work for a living. He’s already taken care of that. It will be interesting to see what he does as his children grow and begin to leave home to pursue their own lives. It’s doubtful that we’ve heard the last from Chris Sacca on the business front.