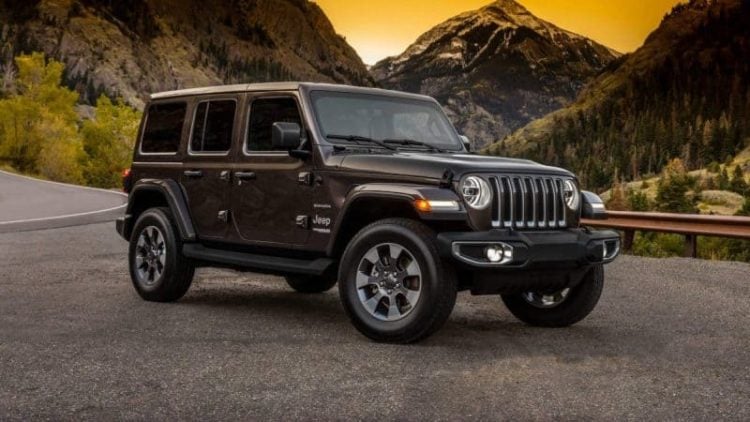 One of the main reasons why drivers are opting for larger SUVs of the hybrid persuasion is because of fuel efficiency. There are simply some people who need the size that the bigger vehicles provide, but some of the models are expensive to operate and drivers are looking for a way to maintain the requirements for a larger family or business needs while saving at the fuel pumps. We’ve done our research and found the best larger SUVs that are coming out for the 2020 model year when it comes to fuel efficiency without sacrificing comfort, safety, and performance. Here are the 20 best big hyrid SUVs we’re choosing for your consideration. 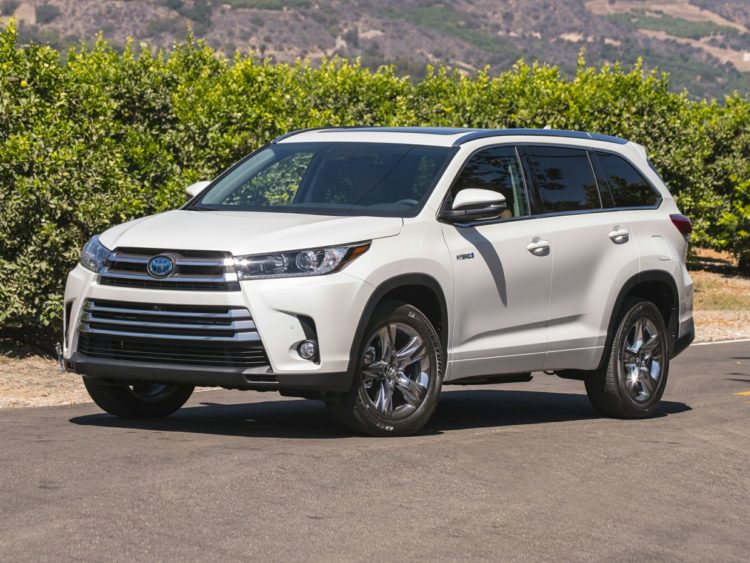 Fully redesigned for 2020, the Toyota Highlander hybrid gets an all-new hybrid drivetrain that combines a 2.5-liter four-cylinder with two electric motors. It promises improved mileage over the previous unit that barely managed to out-mpg the standard model. Official numbers haven’t been released yet, but Toyota expects the Highlander hybrid to deliver 34 mpg. New exterior styling is more aggressive than before, but the overall size hasn’t changed much. The Highlander hybrid’s updated interior with standard Android Auto and Apple CarPlay should appeal to families shopping for a three-row crossover. A full array of Toyota’s active-safety equipment is standard with adaptive cruise control, pre-collision with pedestrian detection, and even road sign assist so drivers immediately recognize local speed limits. 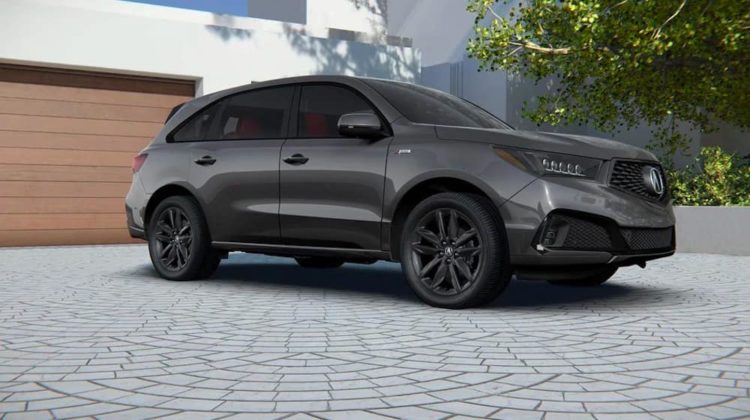 The new Acura MDX Sport will be offered in a hybrid version for the 2020 year and it’s claiming to get a combined fuel economy of 27 mpg. This 3-row luxury crossover will offer 15.8 cubic feet of cargo space with a full load of passengers and with the seats folded down that can be expanded to an amazing 90.0 cubic feet of space. It will be powered by a V-6 gasoline engine and three electric motors with enough zip to go from zero to 60 mph in just 5.7 seconds. There isn’t a price estimate available yet, but the new RX 450hL will boast three rows of seating in a full-size hybrid SUV. Known for its quiet and smooth ride, along with premium materials on the interior, this will be a comfortable ride for passengers and fun for the driver as well. It’s a luxury hybrid that will receive small updates in the styling with a decent improvement to the user interface for the interior. It is equipped with a V-6 engine and two electric motors and the brand claims it will get 29 mpg in combined fuel economy. The cargo capacity for the 450hL is a mere 7.5 cubic feet while the 450h model boasts 18.0 cubic feet. 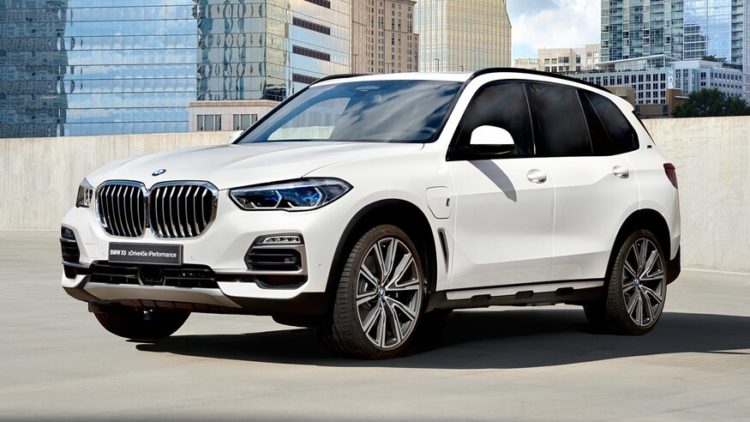 This is the newest plug-in hybrid version of the X5. It is inspired by the previous xDrive40e. The iPerformance delivers 394 horsepower along with 443 lb-ft of torque for plenty of power and zippy acceleration time. It’s still early in development but this new SUV is scheduled to be released sometime in 2020 but for right now we’ve not heard about the estimated price nor about the fuel economy ratings. What we know so far is that it’s claimed to be a comfortable ride that doesn’t even feel like a hybrid. This is Volvo’s largest SUV and it’s going to be offered in a hybrid platform. This spacious SUV will offer three-row seating with a plug-in hybrid format and plenty of power. It is scheduled to deliver 400 horsepower with 472 lb-ft of torque with an acceleration time that takes it from a standstill to 60 mph in just 5 seconds flat. The interior is luxurious and opulent and it will be available in your choice of a six or seven-seat configuration. 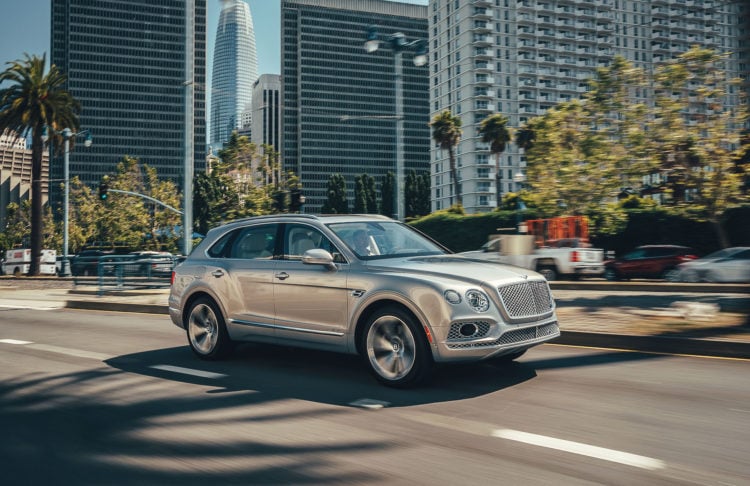 The new Bentayga Hybrid is one of the most expensive on our list but it’s a Bentley and one would expect the price to be high for one of the most powerful and luxurious large SUVs on the market today. When placed in the default hybrid drive mode, the Bentayga Hybrid is claimed to provide a fuel efficiency rating of 50 MPGe. It’s going to have plenty of power with its V6 engine cranking 443 horsepower and 516 lb-ft of torque. Porsche has also thrown its hat into the ring again for the upcoming season with a big hybrid SUV that will tear up with road in Porsche style and habit with two options. You can go with the standard model that offers 455 horsepower or upgrade to the next model on our list of the top twenty for even more power. 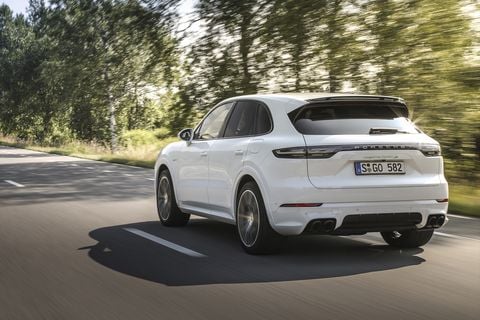 We could have combined the two into different versions of the same big SUV but it didn’t seem just to the Cayenne Turbo SE-Hybrid to do so. It’s going to cost nearly double to price but this powerful hybrid SUV also packs 670 horsepower which puts it in a class of its own. The Land Rover Defender is going to be available in 2020 in a plug-in hybrid version. This vehicle made its original debut so this will only be the second year of the model. It made its first appearance at the Frankfurt Motor Show. It features unibody construction and will be offered in a few different kinds of body styles. The P400 is a gas-powered plus electric-assisted 6-cylinder that is classified as a mild-hybrid or MHEV for short. The Range Rover is going to be a bit more expensive than the hybrid version of the Defender. It’s going to be a plug-in hybrid SUV with the P400 powertrain that features an electric motor, a lithium-ion battery, and a turbocharged four-cylinder engine. It will crank out 398 horsepower along with 472 lb-ft of torque and will offer all the power you’ll need. The Range fRover will have the capacity for traveling for up to 22 miles when in electrical mode alone, which is fairly impressive. The Evoque version of the Range Rover will be offered in a hybrid version as well. This is a special edition that gets a high rating for performance and features. While the fuel economy might be a little disheartening, it’s one of the most capable big SUVs on the road today and this special trim will bring you more of the bells and whistles necessary to make your ride more comfortable and interesting. The brand new BMW Alpina XB7 is scheduled to make its debut to the world sometime in 2020. This is going to be a new three-row SUV designed for the American market. Although we’ve not heard anything about the estimated price range yet, it’s likely to be high. The prototypes of this vehicle have been spied tooling around on their test runs. What we know so far is that it’s expected to offer 600 horsepower or 447 kilowatts of power and it’s going to be offered in a hybrid. It’s been confirmed that the X7 model is going to be released in a hybrid platform in the M501 edition. It will boast 523 horsepower and the suspension tuning and exhaust of the M models along with the Sport differential. It’s also going to feature some sweet interior trim options and special styling elements. This new big SUV will sit at the top of BMW’s large SUV line so we’re expecting that the price is also going to top the rest, but we haven’t heard any confirmation or estimation of price just yet. Mercedes-Benz officially unveiled its large SUV at the New York Auto Show recently. The new GLS SUV offers a full-size SUV that is similar in appearance to its GLE class but a lot bigger. It’s going to be packed with the high-quality materials and creature comforts along with outstanding performance that one would expect from Mercedes. Although the official MSRP for the hybrid has not yet announced, you can expect it to be up there with comparable luxury brands. The new Grand Wagoneer is expected to be one of the most luxurious editions yet. It’s going to be offered in a hybrid platform for those who are doing their part to leave a smaller carbon footprint on the planet. It’s going to borrow a lot of fo design elements from the Grand Cherokee to make this version extra special. Although the price has not yet been confirmed, the hybrid can go as high as $140,000. The new Escalade will be one of the better choices for drivers who are looking for a luxury ride with plenty of space. This is one of the most highly anticipated models of the new year. It’s going to feature a redesign in addition to the hybrid feature with changes in the body lines as well as updates for the interior. It is expected to deliver the same smooth handling and high-performance engine options but the new hybrid Escalade is expected to get between 18 and 25 mpg with a rating of 20 combined. While it’s not the greatest when it comes to fuel efficiency, it’s not bad when you consider the power and comfort features. The new Aviator is claimed to be one of the most spacious SUVs that will be offered on the market. It’s being released in a hybrid model that will cut down on the cost of fuel and it will feature a plug-in hybrid powertrain. Although the cost won’t be a lot less, it will be an improvement over the gas-only models. Also, it’s going to be offered for prices that are tens of thousands of dollars less than the new Cadillac Escalade. The new Aviator will come with all of the bells and whistles that one would expect in a luxury SUV. The quoted price is for the fully-loaded versions. The new Telluride is going to be offered in a hybrid version that will be on the higher end of the pricing spectrum. The upcoming edition will be the largest SUV made by Kia to date. It will offer seating in two configurations for either seven or eight. It will also have a towing capacity of up to 5,000 pounds even for the hybrid model.

The new Palisade for 2020 is going to be offered in a hybrid powertrain that will save money at the dealership as well as at the gas pump. This new model is going to feature a luxurious interior and attractive exterior styling. The hybrid will be offered in Front Wheel Drive which will result in a combined mpg rate of 23, which isn’t great, but for a full-sized SUV with seating for eight, it isn’t bad. The base price is in the low $30k range and if you add all of the possible options it could go as high as $50k. The new Ford Explorer Hybrid will offer seven seats with a new sound system that is claimed to be out of this world. The vehicle is going to get a complete redesign for 2020 with multiple upgrades. This is a family-sized SUV that has a decent EPA rating of an estimated 24 mpg combined with the possibility of reaching up to 28 mpg. It’s not bad when you consider that after seating 7 you will still have 18.2 cubic feet of cargo space.