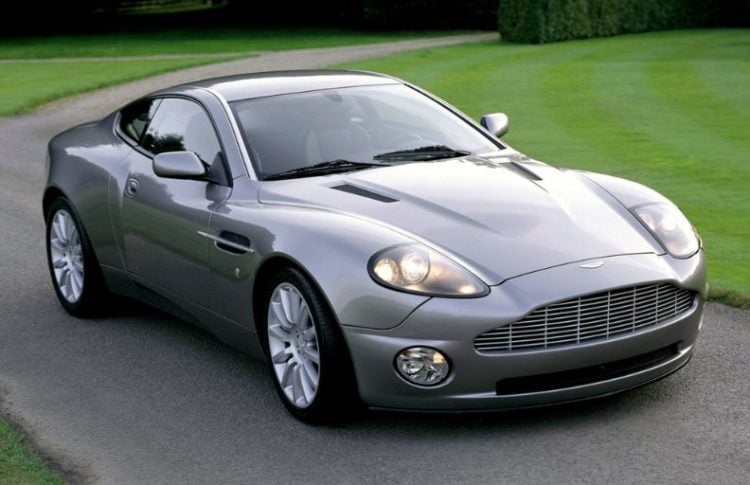 Aston Martin is adorned by a rich and prestigious heritage that defines the company as something remarkably special within the automotive history. Having started as “Bamford & Martin Ltd” in 1913 under the leadership of Lionel Martin and Robert Bamford, the company transformed into a revolutionary brand synonymous with elegance and high performance. The name “Aston Martin” was picked up in 1914 after Martin’s successful run at the Buckinghamshire hill climb in England.

After just one year, they had built the first Aston Martin and registered it under the company name. By 1920, the headquarters had been transfered to Kensington. Remarkably, Aston Martin made their entrance in the French Grand Prix in 1922, marking their first historic progress in overseas competition with 2 of their cars finishing the race.

With Dr. Andy Palmer serving as the new chief executive, we can only expect the best from Aston Martin in terms of production development and technology. Dr. Palmer is a British-based chartered engineer, businessman, and chartered manager with thirty five years experience in the automotive industry.

These are our picks for the top ten Aston Martin models of all time. 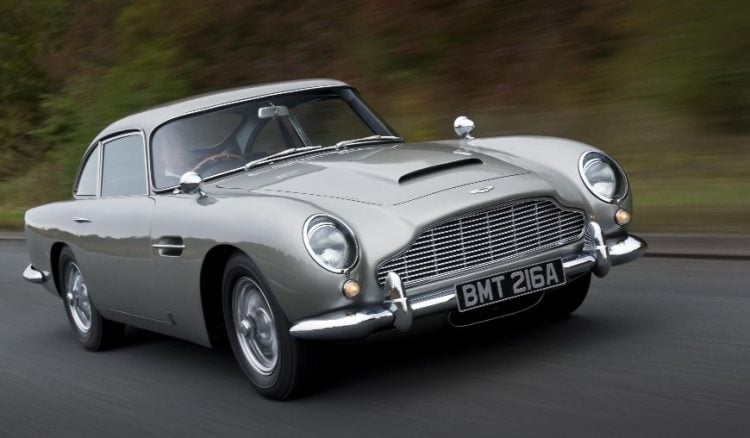 We begin out list of the ten best Aston Martin models of all time with the DB5. The model came out in 1,023 samples and had a stunning design. The DB series was derived in honor of David Brown, the president of Aston Martin between 1947 and 1972. If the car looks familiar, it’s probably because it is the most recognized James Bond car. Featuring an Inline-6 3,995 engine that could produce 282 bhp, the DB5 came with a maximum speed of 230kmh (143mph). The car could also accelerate from 0 to 60mph in a mere eight seconds. 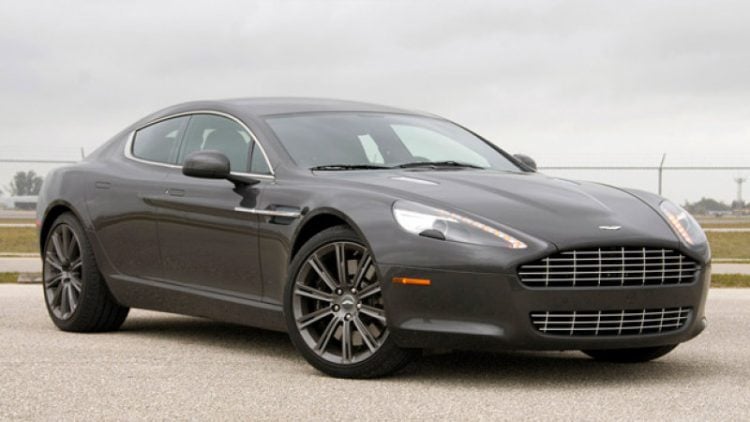 Production of the Rapide began in 2010 and are still being manufactured to date. The car is a high performance 4-door sport saloon, and was first introduced to the world in 2009 at the Frankfurt Motor Show. It houses a V12 5,935cc engine that can produce 470bhp and maintain a maximum speed of 303kmh (188.5mph) with an acceleration of 0-60mph in an impressive 5.3 seconds. The car also includes features such as LED tail lamps, bi-xenon headlamps, and a tilt-telescoping steering wheel. The interior walnut and leather trim were standard, combined with metallic accents. During its time, the Lagonda was a classy 4-door saloon that was produced from 1976 to 1990. It came with an unconventional design that was done by William Towns, and the model was one of the costliest saloons on the planet. In fact, the only other cars that came close to its price range were the Rolls Royce Silver Spirit and Bentley Mulsanne. The Lagonda became the world’s first production car to feature computer management and a digital instrument panel. 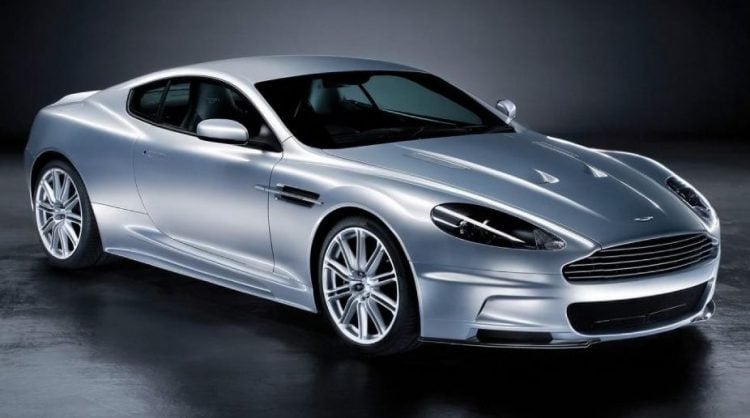 The iconic DBS begun production in 2008 and stopped in 2012. The model made its debut in 2007 at the Pebble Beach Concours d’Elegance and came with a brand new graphite grey color with a blue tint. The DBS line was created in Caydon, Warwickshire, although the engine was assembled at the Aston Martine engine site in Cologne, Germany. The Aston Martin DB7 came in the form of a convertible and a coupe, and was produced from 1994 to 2004. The model was designed by Keith Helfet and Ian Callum and was introduced as and entry level car during its debut. It was the highest production car ever produced by Aston Martin, with 7,000 + models built. The car featured an upgraded Jaguar XJS platform with numerous changes. Surprisingly, most of the model is made with Jaguar resources and was funded by Ford Motor Company. The DB7 was in fact the only steel unit structure built in Bloxham, as you are probably aware that the other Aston models are designed with aluminum for the most of their bodies. Launched as a grand tourer, the Aston Martin Vanquish was designed by Dilip Chhabria and Ian Callum, and then unveiled in 2001 at the Geneva Motor Show. The car was an instant success and actually appeared as the official James Bond car in the movie “Die Another Day”. It housed a 5,935cc V12 engine and had the ability to produce 450bhp of power. The car is also featured in Need For Speed: Hot Pursuit 2. 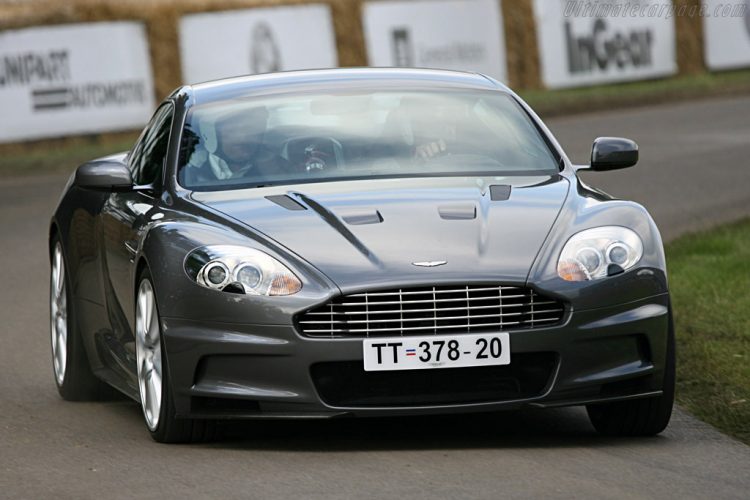 The DBS V12 is a high performance sports car that was manufactured from 2007 to 2012. It featured a 48-valve 5,935cc engine, as well as a six-speed automatic or six-speed manual transmission. The car could reach a maximum speed of 307kmh (191 mph) and manage a total output of 570Nm of torque and 510hp. It could accelerate from 0 to 62mph in just 4.3 seconds and has even appeared in several movies, most noticeably Casino Royale, where Daniel Craig was cast as the new James Bond. Launched in 2003 at the Frankfurt Auto Show, this was the first model constructed at the Gaydon facility owned by Aston Martin. Most of its body is aluminum, which hides a VH platform for the car’s chassis. Henrik Fisker and Ian Callum were behind the design. The engine was a 6-liter V12 from the V12 Vanquish, which could achieve a commendable max speed of 183mph (295kmh). It could also accelerate from 0-60mph in 4.1 short seconds. Finishing our list of the top ten best Aston Martin models of all time is the 1977 V8 Vantage. When it was first launched in 1977, the car became the first Supercar in Britain. The V8 Vantage had the capacity to reach 170mph top speed, and came with an acceleration of 0-60mph in 5.3 seconds. Although the model was inspired by the V8 line, it featured significant changes that led to a uniquely satisfying experience. The car could produce 375hp power output and was integrated with new add-ons like a separate rear spoiler and a blanked bonnet vent.