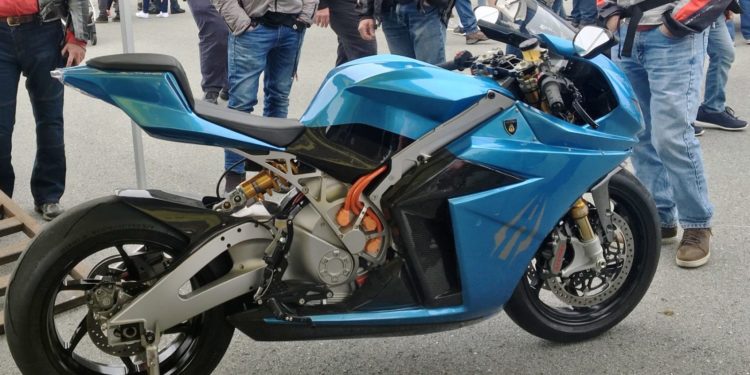 Lightning Motorcycle Corp is a motorcycle manufacturer. It occupies a unique niche in the automotive industry. Lightning produces electric-powered motorcycles. These eco-friendly bikes have been a long time coming into a world where planet-conscious consumers are looking for alternatives to carbon-emitting transportation. The motorcycle industry has been the last to catch up with the move toward greener technology, but Lightning has satisfied the desire for this alternative power source. Here are 20 things you didn’t know about Lightning Motorcycles.

1. Lightning Motorcycles has been in business for 16 years

Lightning is going into its 17th year of business. According to Wikipedia, the company officially launched in 2006. Its headquarters is in San Carlos, California. The founder of the company is Richard Hatfield. He also serves as the chief executive officer of Lightning Motorcycles Corporation.

The founder of Lightning Motorcycle Corp was involved with an electric Porsche Race team This is what inspired him to develop his electric bike. Hue used a Yamaha R1 racing bike to make his first conversion to electric. The bike was completed in 2006 and emerged with a capacity for a top speed of 100 mph with 60 horsepower cranking 70 lb-ft of torque.

3. Lightning made electric ATVs for law enforcement and the military

Lightning is also in the technology arena for developing lithium battery induction motor ATVs. This marked its entry into a new and profitable market. The electric ATVs were used by law enforcement, search and rescue personnel, border control, and the military.

Electric technology for motorcycles is still in its infancy, but Lightning took the lead in the industry when it produced the solar-powered Barracuda Lightning Bike. This is the machine that set a 2012 land speed record. The BUB Motorcycle Speed Trials were held on the Bonneville Salt flats and the new bike averaged 173.39 mph. After some work on the bike, it achieved a top speed of 218.96 mph later that year.

The all-electric solar-powered motorcycle was ridden by Michael Barnes at the joint eGrandPrix TTGP and FIM Power electric motorcycle racing series. The event was held at the Mazda Raceway Laguna Seca. The Barracuda Lightning won the championship, further elevating the Lightning brand’s status and reputation in the electric bike category.

6. Lightning established another record in 2013

The year after winning the eGrand Prix series, Lighting produced another winning model. The LS-218 Superbike was ridden by Carlin Dunne in the Pikes Peak race in 2013. This was a race that included competitors on electric and gas-powered bikes. Lightning made history when the LS-218 achieved a top speed of 218 and took the will, beating out all of the gas-powered bikes it went up against. It became the first electric motorcycle in history to do so. The LS-218 earned the title of among the fastest motorcycles in production, gas or electric.

In 2018, Lighting Motorcycles had outgrown its first location. It was time to find a bigger space to house the growing operation. It moved from San Carlos to its new headquarters in San Jose, California. The upgraded facility featured a space five times larger, allowing Lightning to expand its production of the now-famous LS-218 Superbike. Other features of the new facilities include an area for in-house designs of future models, with better research and development resources and more office space for administration.

8. Lightning is an innovative company

Lightning Motorcycles gave a preview of their new bike at the first of the year in 2019. They developed a new model called the Lightning Strike. While this was not the fastest model, it offered plenty of pow and speed, plus other features that helped to make it a success. Most notably, the charging time was reduced to just 35 minutes to full charge. The top range is 150 miles on a single full charge, and the top speed is 150 mph. The starting price of the bike released in March of 2019 was $12,998

According to Techcrunch, Lightning followed up with its 150-mile range with an innovation that delivered high in an upgraded range capacity. The Strike is an electric motorcycle model that boasted a range of 200 miles on a single charge. The charging time is a mere 35 minutes to full-charge thanks to the DC fast-charge mode, and the top speed of the bike was 150 mph. This model featured a new riding position that put riders in more of an upright position, and it was lower in price than the LS-218 which retailed for $38,888. The range for the Strike electric was between $12,000 to $19,000.

EV startups all face a rise in competition as the call for cleaner transportation, recreational vehicles, and even racing vehicles grows. Motorcycle manufacturers were slow to come around to the notion of electric-powered bikes, and some are still lagging, but more are moving towards their production. The pressure to go electric is undeniable in the marketplace today. Lightning Motorcycle Corp is one of the first pioneers to convert traditional gas-powered motorcycles to the new electric technology and it is also a pioneer in helping to iron out the kinks in the new technology. Lightning stepped into this arena before many of the larger manufacturers were willing to take the chance. It’s a leader and a trailblazer in electric motorcycle development, although not the first, it’s one of the first few who dared to take the risk.

11. Lightning’s team is inspired by advice from Craig Breedlove

According to Autodesk, Hatfield, credited with the development of the electric-powered motorcycle that broke Craig Breedlove’s land speed record, spoke with the former record holder. Craig gave him some advice for moving forward in his business. He advised Hatfiled to keep his head down, set a measurable objective then improve on that. He further advised that when it was time for him to lift his head and look up he would discover that his work was better than anyone else. This is advice that he embraces and follows in leading the Lightning Motorcycle Corporation. It’s how you do something revolutionary and it’s not rocket science. These are behaviors that are simple to replicate.

12. Hatfield offers advice for others

Based on his experience and the knowledge he has gained from others, Hatfield offers his pearls of wisdom for others who are in the automotive business. He encourages them to dream big. He acknowledges that the biggest limitations he and his team faced were only those they had imposed on themselves. Big dreaming and believing in your capacity to make things happen is how innovation happens and success follows. His degree of doubt in the possibilities for achievement lessens with each passing year.

13. Lightning Motorcycle Corp has a formula for success

The secret to Lightning Motorcycle’s success isn’t a secret at all. Hatfield shared that the design team isn’t afraid to make multiple changes to a single part on the bike in a single day. If there is a factor that they’re not happy with they go back to the drawing board designing and printing 3D prototypes and they’ll do it several times a day if needful. They make incremental changes or tweaks to a part of a system until they get it to the optimum degree of perfection in performance. They’re all obsessive when it comes to the design and re-iterations of a prototype. Hatfield shared this philosophy with the world to explain how Lightning has worked its magic.

Part of the success of the Lightning Motorcycle Corp is its state-of-the-art design tools. They made a tremendous leap forward when they began using an auto-design tool that functions according to an iterative process. They acquired toe tool in 2014 and it changed the creative processes for the team. The tool helps to analyze each component of the motorcycle along with the systemic functioning. It allows them to remove and add materials to the prototype. The changes made are analyzed in a generative design that works with computerized analysis that can be repeated hundreds of times until the design is fully optimized to achieve the desired objective, e.g. speed, range, and other performance factors.

The Lightning Motorcycle team achieved innovations in design that many thoughts were not possible before the LS-218 development. They did it in record time while other motorcycle brands are still deciding how much effort and expense they want to put into the process of developing an electric motorcycle line. They ruined a few bikes while they were in the process of development but it’s all included in the cost of doing business, growing, and evolving.

According to Crunchbase, Lightning Motorcycle Corp is in its early stage of development. This is the infancy period of the six-year-old company that is just starting to come into its own in the emerging electric motorcycle market. The business has just begun to receive angel-backed investment funding.

The business has participated in two rounds of Angel-backed seed funding. The first round of seed funding closed on June 26, 2015, raising $50,000 from an undisclosed investor. The second round of seed funding closed on July 16, 2019, raising an additional $1 million for a total of $1.1 million in angel-backed investment funding. The funding is helping Lightning to continue the expansion of its technology and to develop new and improved models and variants within its established lines.

So far, there is just one person in charge at Lighting Motorcycle Corp. Richard Hatfield, the founder, and chief executive officer of the company is the sole executive in charge of leadership. It’s still a small company and doesn’t require a larger team yet. Hatfield is advised by a single board member, Philip Monego. As of early 2021, Lightning Motorcycles is keeping their team small and manageable and has not had to need to expand beyond a single leader and board advisor.

This is a company that has maintained a slim profile. Although noted for producing the fastest production motorcycle in the world, Lightning is keeping the operation small. They did move into a building with a larger workspace. The teams of engineers and designers will continue to grow, but there is no need to muddy the leadership with too many people in charge. It’s a simple operation that is geared toward building the best possible electric motorcycles in the world. They’ve been successful in breaking a few records with their innovations in electric automotive technology and it’s expected this will continue, but it’s not all been positive on the review front.

According to Ride Apart, There have been a few years of controversy brewing about the transparency and production of bikes ordered from consumers. While Lightning has its fair share of supporters, there are a few online forums that indicate Hatfield is not fulfilling paid orders promptly. Some people have been waiting for their orders for a long time and can’t seem to get anything out of the company about when they will receive them. Lightning also had to lower some of the specs on preordered bikes but informed the buyers of the issue due to supply chain issues. It’s an ongoing controversy and there are still a few outstanding orders with anxious buyers wanting a little more in terms of customer service and transparency.