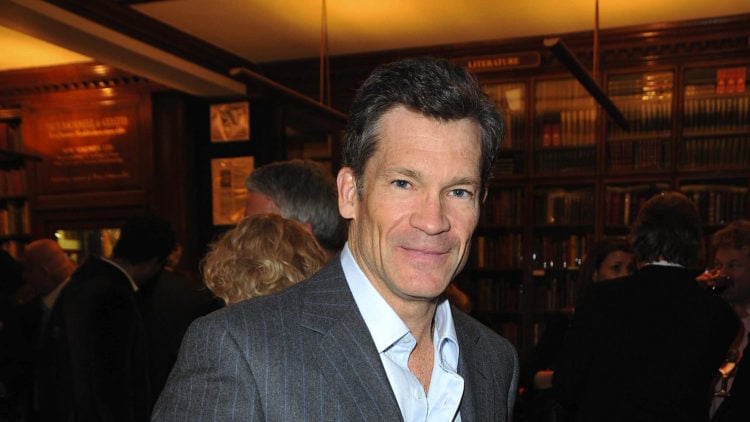 Louis Moore Bacon is a hedge fund manager and philanthropist. He is the founder of Moore Capital Management LLC and Moore Global Investments. The former was founded in 1989, and the latter in 1990. He is known for his business prowess, his charitable works, and his wealth. Although he is very well-known in business circles, there are many things that people do not know about this businessman. Here are 20 interesting facts that you probably didn’t know about Louis Moore Bacon.

1. He is from Raleigh in North Carolina

Bacon was born in Raleigh, North Carolina, on July 25, 1956. His father is Zachary Bacon Jr., who founded Bacon & Co., a real estate company. His father also led the real estate efforts of both Prudential Financial and Merrill Lynch in North Carolina. Bacon has a brother called Zach, and he attended Episcopal High School in Alexandria, Virginia.

2. Louis Moore Bacon Has an MBA

Originally, Bacon had not intended to have a career that related to finance, investment or trading. Therefore, he opted to study for a BA in American literature at Middlebury College in Vermont, and he graduated in 1979. After graduating, he was working on a fishing boat on Long Island when he met Walter Frank, who gave him a summer job working at his company as a clerk. This got him interested in trading and led to him completing his Master’s in Business Administration at Columbia Business School, and he graduated in 1981.

While studying at Columbia Business School, Bacon took out a small loan so that he could begin trading. He placed bets on sugar, gold, and cotton interests. Over the first three semesters, he lost money on his investments. This meant that he was forced to borrow money from his parents to pay for his necessities. Eventually, he began to turn a profit during the fourth semester. Thankfully, he learned how to make money faster later in his career.

4. He Enjoys Fishing and Hunting

When he was growing up, he would often go hunting and fishing in the mid-Atlantic region, says Business Insider. This is something that they would do together often whenever his father had some free time. While he was at college, he was the captain of a fishing boat and spent much of his free time deer hunting in the mountains of Vermont. To this day, Bacon still enjoys hunting and fishing.

Bacon entered the sales and trading program at Bankers Trust in 1981. This gave him a good foundation for his future year. After he spent a year at Bankers Trust, he returned to work for Walter Frank’s trading company so that he could learn more about trading currencies. Frank allowed Bacon to trade some of his own money, but this led to Bacon losing the money he had traded. Frank was Bacon’s mentor, but he sadly committed suicide in 1982 after losing his net worth.

One of Bacon’s greatest passions is the conservation of wildlife. This was the reason that he bought Robins Island in 1993. This 435-acre island is located just north of Southampton on Long Island, and he paid $11 million for the land. Five years later, he paid $25 million for the 540-acre Cow Neck Farm in Southampton, New York. He then protected the land from development by giving conservation easements to local organizations. This move also saved him millions of dollars from charitable donations. He occasionally uses Robins Island to host pheasant hunts. In addition to the conservation projects on his own land, he is also involved in the environmental restoration of Lyford Cay in the Bahamas as this is an area of which he is fond.

7. He Has Been Married Twice and Has Seven Children

Louis Moore Bacon has been married twice. His first wife was former Newsweek magazine staff member Cynthia Pigott. They were married from 1986 until they divorced in 2002, and they had four children together. Bacon then married Gabrielle de Heinrich Sacconaghi in Manhattan in 2007. Saccinaghi is an art advisor to buyers from Montreal. They have three children together, which means that Bacon has seven children altogether, so he has plenty to keep him busy when he is not working.

One of the ways in which Bacon has spent some of his fortune is buying land and properties. In 2007, Louis Moore Bacon paid $175 million for the Trinchera Ranch in Colorado, which had previously belonged to the Forbes family. This was the largest transaction for a single-family home in United States history. The ranch spans 171,400 acres, and it features Colorado’s third-largest peak. Bacon also owns the nearby Blancha ranch. In 2010, he bought the Orton Plantation in North Carolina. This plantation has been built by one of his ancestors in 1735.

9. He Has Two New York Residences

Despite having multiple properties in various locations, Bacon uses New York as his main base. The two reasons for this is that New York is a good location for many of his work activities, and he wants his children to complete their education in the United States. He has two properties in New York, one in New York City and the other in Oyster Bay Cove.

The Blake family had owned the Taos Ski Valley since 1954, but they sold the resort to Louis Moore Bacon in 2013. Taos Ski Valley, is a village and alpine ski resort located in Taos County, New Mexico. The village has a tiny population, which was recorded as only 69 in the 2010 census. An interesting fact is that it is one of only four ski resorts in America to have prohibited snowboarding. The resort offers year-round recreation.

11. Bacon Has Owned Properties in the UK and the Bahamas

In the UK, Bacon owns a London property, where he predominantly lived during his first marriage and where he has offices. He also owns a property in Scotland and two private polo grounds in the UK. He formerly owned a luxurious estate in the Bahamas, but he sold this property for $35million in 2011 following serious issues at the property the previous year. In 2010, police found the body of his former house manager in the bot tub on the estate. Although this initially sparked many rumors, it was later revealed that the man had died from coronary artery disease. In the same year, the house had been raided by burglars.

Throughout his career, Louis Moore Bacon has won several awards and honors. He was inducted into the Institutional Alpha’s Hedge Fund Manager Hall of Fame in 1008. Others who were inducted at the same time included Leon Levy, Paul Tudor Jones, Bruce Kovner, Alfred Jones, and George Soros. Bacon was then the recipient of the Audubon Medal in 2013. He was awarded this honor in recognition of his outstanding contribution in the field of conservation and environmental protection. Similarly, he was awarded the Theodore Roosevelt Conservation Partnership’s Lifetime Conservation Achievement Award in 2016. Bacon received this honor because he had authorized conversation easements on over 210,600 acres of land in the United States.

13. He Has Austrian Citizenship

Although he has never lived in Austria, Louis Moore Bacon has obtained Austrian citizenship, says Money.net. He was given this under a scheme of special treatment to celebrities making notable achievements to Austria. Bacon’s inclusion in this scheme and the fact that he obtained Austrian citizenship was widely criticized. This was because of a lack of availability of specific information regarding the achievement, which led to people doubting the validity of his selection for the honor.

Despite being well known in business circles, very little is known about Louis Moore Bacon in other circles, and this is not an accident. He has earned a reputation for being one of the most secretive billionaires. He prefers to keep his personal life private, and he is known for controlling exposure. Bacon has even been described as being paranoid about information being leaked. One of his former employees even claims that James Kelly, the former President of Moore’s, once turned up at the office with a private detective in tow. The private detective was carrying a device to sweep the building for bugs. Bacon’s employees all sign confidentiality agreements and are banned from revealing whether he is in town or not.

15. He Was Given One of the Largest Financial Penalties in History

In 2010, Louis Bacon Moore received a $25 million penalty, which was one of the largest financial penalties in the history of the Commodity Futures Trading Commission. This was for neglecting to supervise a trader who manipulated palladium and platinum futures. In the same year, his London offices were raided by investigators as they suspected one of the employees, equity-execution trader Julian Rifat, was doing insider trading. Bacon has run into trouble again in 2019. Peter Nygard filed a complaint that Bacon had violated the Racketeer Influenced and Corrupt Organizations Act. Bacon and Nyard have already had a legal dispute previously. This was a property dispute as the pair had adjoining properties in the Bahamas.

16. Bacon Gets Involved in Politics

Bacon has always been interested in politics, and he is quite open about his alliances. In the past, Bacon has served as a fundraiser for Republican politician Mitt Romney. He also supported Jeb Bush when he was a presidential candidate in 2015 by donating $1 million to a Super PAC. Bacon has even got involved with British politics, as he has a property in the UK and spent some time living in London. He has contributed $250,000 to the British Conservative Party.

18. His Charitable Trust was Defrauded

Louis Moore Bacon founded the Moore Charitable Trust, which is focused on environmental preservation, both in the United States and in other locations internationally. This charitable trust was defrauded of $25 million by Andy Casperson, who is a banker that has since been jailed.

19. He is On the Board of Many Organisations

His business experience means that Louis Moore Bacon serves on the board of many organizations. He is on the Board of Trustees for Middlebury College and Columbia Business School, both of which he attended. Bacon is a member of the Leader Council at the Center for Public Leadership at Harvard Kennedy School and a board member of the Foreign Policy Association. He has also become a member of the Board of Trustees for the United States Ski and Snowboard Team Foundation.

20. He is Close Friends with Paul Tudor Jones

Through his brother Zach, Louis Moore Bacon met Paul Tudor Jones in the mid-1980s. Paul Tudor Jones is an investor, hedge fund manager, and philanthropist. He is the founder of Tudor Investment Corporation. Bacon and Jones became close friends and took on the social scene in New York as young bachelors. They were both working as traders, and they both profited form the market crash of 1987. Their friendship has survived the decades since they met, and they still speak several times a week.