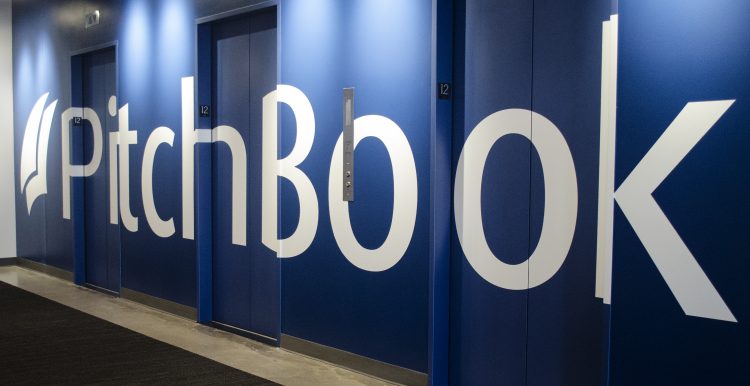 The PitchBook company covers the private capital markets delivering data, technology and research. They also serve private equity, venture capital and M and A transaction markets. They are based in Seattle, Washington with offices located in New York City and London, England. From a rocky beginning, the brilliantly designed data platform is finally reaching a good place in the market, but it has come at a price.

PitchBook’s main product is called the PitchBook Platform and it is a database of information that is collected by the company. It is only available by subscription. PitchBook also offers a news commentary which features analytics on current rends, issues and events which pertain to the industries that it serves. In short, it is a comprehensive platform that pulls data together in a convenient format so professionals who are calling the shots on high stakes investment decisions have all of the information that they need at their fingertips.

John Gabbert is the founder of PitchBook his initial business related to capital data resources was named VentureSource. It was then that he was inspired to expand on the services to include private equity data in a platform that featured state of the art technology. PitchBook is a number crunching company and the intention of its product line is to assist VC professionals to keep up to date on current trends with analytics and data that will be useful for making profitable decisions regarding investment strategies.

Gabbert was able to identify the gaps in coverage and based on his experience, he knew precisely what needed to be done. His goal was to produce a more comprehensive platform that would offer a wider range of data. The timing seemed to be a bit off and this was the major factor which held the company back from achieving the type of success that they had hoped for. The never say die attitude carried them forward into greener pastures, but it was a rocky start in the beginning. PitchBook was launched in 2007.

The company struggled to establish momentum initially because of a weak sales strategy. They took the necessary measures to step up the game and begin marketing in key cities. They raised an initial 4.25 million dollars and continued to seek increased funding and support of powerful financial backers. Morningstar and Angel investors helped to get the company off of the ground in the early stages.

Their initial launch date was poorly timed because of the financial crisis which was taking place at the time they were attempting to market a product heavily tied in with the investment industry. This didn’t give them the best start and there was a fair amount of floundering, although marketers were out there hitting the pavement. The true value of the company was recognized by key investors and it looks as though the financial problems are about to be resolved.

Morningstar saw the potential in PitchBook early on and was an investor claiming twenty percent of the company. The company is valued at approximately two hundred and twenty five million dollars currently and the recent acquisition by Morningstar hold promise that PitchBook will now reach its potential in terms of development, marketing and overall success.

Morningstar invested an additional ten million dollars in January of 2016. An additional one hundred and eighty million was settled upon to purchase the remaining percentage of PitchBook that would leave Morningstar as the new owner.

Impacts of the acquisition

As a part of the acquisition agreement, John Gabbert, the original founder of the company will stay on as the CEO of the company. The PitchBook identity and rand will remain the same. There are no immediate changes pending in the product line other than different marketing strategies. This is support of the genius of Gabbert’s initial concept and reinforces the investor’s confidence in his skills and abilities for the oversight of the company. It’s a definite plus for Morningstar and they appear to be the savior of PitchBook for the time being.

How are they doing now?

The June 30, 2016 quarterly report shows a positive revenue of just over thirty one million dollars. The figures are fairly remarkable and the company appears to be stable and showing signs of growth under the new ownership. The Seattle office employs more than two hundred and sixty people with a global work force of six hundred which includes full time contractors also under the payroll of the company. The company is not only showing profit for the Morningstar corporation, but it is also providing jobs that boost the local economy.

The acquisition deal was a sweet one for Morningstar. The investor gave Pitchbook backing when it was a new startup because they recognized the awesome potential of the useful platform that they invented. Morningstar maintained a twenty percent interest in the company and when the time was right, they were able to bump it up to full ownership. The sale in no way reflects negatively on Gabbert. His talent and innovation inspired the idea for the company which is now considered to be a timely resource. The delivery of PitchBook in full force is finally coming at the right time with regard to economic trends.

The future of PitchBook

As of now, it appears that PitchBook is in a good position to continue to achieve success in the future. Under Morningstar, it has already make great strides and it isn’t showing any signs of letting up. The success that it is now reaching is evidence that the marketing strategy can have a major impact on the viability of a startup company. While the products and services may be just what is needed in the target industry, deficits in marketing can hold a company back and prevent them from achieving the full potential that exists within them. We’re seeing PitchBook take off like never before. Theh odds are in favor of some major growth in the next few years. This is a company to keep your eye on.