Home
Travel
How to Make a Splash in Switzerland This Summer 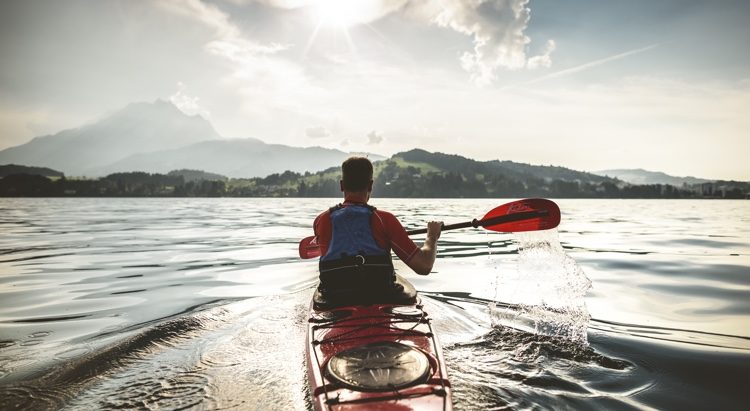 When most people think of Switzerland, beaches and cruises aren’t necessarily the first things that come to mind. The land-locked European nation is more renowned for its soaring Alpine slopes, less so its waterfalls and historic steams ships. This is what makes Switzerland such a shimmering surprise, with its underrated bounty of waterways, rivers, canyons, lakes and streams affording a whole world of aquatic activities perfect for a summertime getaway.

One of the most lustrous bodies of water in Switzerland, Lake Lucerne is the nation’s fourth largest with its meandering curves, coves and passages, resulting in some pretty astonishing nautical geography. Tucked away in the Reuss Valley in the middle of the country, with the colossal Pilatus mountain commanding the horizon, it’s got an impressive total area of 44-sq.-miles or 114-sq-.kilometers, with a rather intimidating depth of up to 702 feet or 214 meters. One of the most magical ways to drink it all in is with a guided kayak tour, especially at the cusp of sunset. Small group tours take paddlers throughout the lake’s myriad sites, like the statue of Christ at Meggenhorn, a precursor to its famous sibling in Rio. The statue is nestled along the shores, inside a quaint chapel housing Bishop Nikolaus, the patron saint of seafarers. Kayakers take pause as the sun begins to set, casting an illuminating orange glow across the lake’s rippling surface. It’s an awe-inspiring sight from a particularly awe-inspiring vista, providing a perfect glimpse into Switzerland’s equally majestic landscape of land and water. 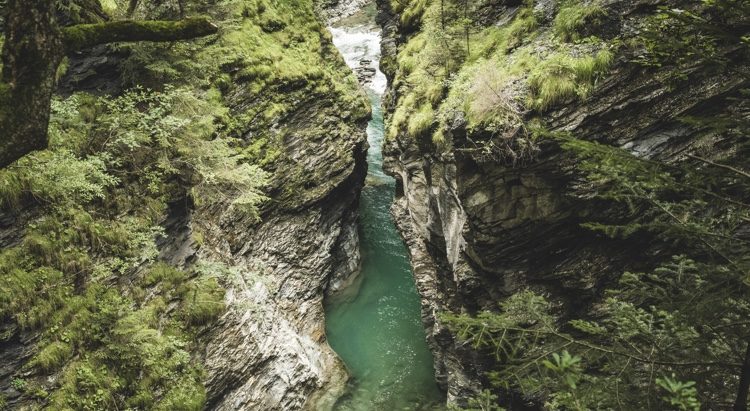 In the Eastern part of the country, the Viamala Gorge in the Hinterrhein Valley is an immersive world that looks like something out of a sci-fi movie. Lined with steep canyon walls and a patchwork of green moss, trees and ferns, it’s all anchored by a lively stream of bright blue water. Canyoning tours take visitors deep into the depths of this water world, a realm that was once to treacherous and deep that early Alpine travelers gave it its nickname Via Mala, or “Bad Path.” Nowadays, it’s a veritable Eden of natural riches, with hikers descending staircases into the narrow ravine to explore its craggy confines and splash around in the soothing waters of the Hinterrhein River. Here, tour guides take wetsuit-clad explorers along the river to swim in gentle pools, gawk at waterfalls and ride down natural rock slides.

Not all rivers are as tranquil as the Hinterrhein, though. For something a bit more intense, strap on a life vest and a helmet and dive into the raging rapids of the Landquart River. Open for rafting May through October, this group-friendly activity takes aquatic daredevils through a narrow, bustling passageway in in the Küblis region of the country. It requires a good amount of stamina, though, since the paddle lasts for about an hour and a half of rather continuous rapids. 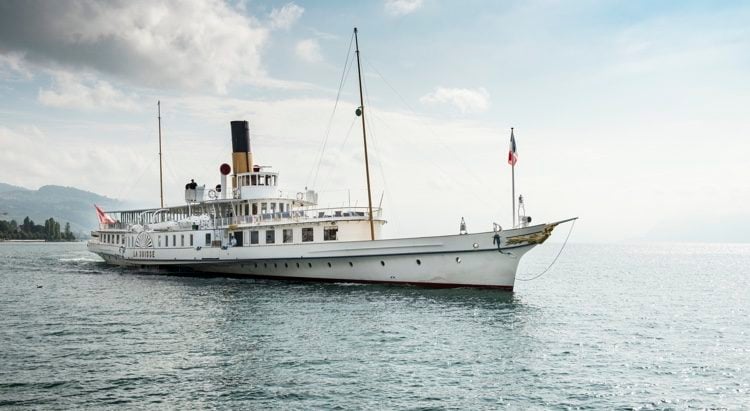 While land-locked countries like Switzerland may not be the most prominent destination for a cruise, you’d be remiss in not adding a Lake Geneva cruise to your bucket list. A far cry from the juggernaut ships sailing the seas, Lake Geneva’s most revered for its charming paddle steamer boats, providing an intimate foray into the world-famous lake on the north side of the Alps. This massive body of water, bordered by towering mountains and the Rhône River, is the largest in the nation and among the most iconic in all of Europe. Perhaps the best way to experience this natural beauty is aboard La Suisse, a historic steamer boat dating to 1910. Along with seven other ships, it harkens to a long-established local steamship tradition, which has been practiced on Lake Geneva in various forms since the early 1800’s. Different sailings provide varying views, all of them other-wordly, from the region’s highest peaks to historic Chillon Castle jutting out into the water and the lakeside vineyards of Saint-Saphorin.

Waterfalls play a prominent role in Switzerland’s multifaceted landscape. Considering its river- and mountain-filled infrastructure, it’s no surprise that the country is home to some of the most dazzling waterfalls on the planet. Some of the best can be found in Surselva, where treks through gorges and atop plateaus provide sweeping views of the waterfalls at Lag da Pigniu. Here, rivers cascade into the depths of the gorges in a region often nicknamed the “Grand Canyon of Switzerland.” Nearby Beverin park is a popular spot for exploring ravines and mountain lakes.

For something a little more relaxing, Arosa’s Untersee beach is a family-friendly playground of water activities. Along with a sandy beach, there’s a pool heated by solar power, diving boards, a volleyball court, a lawn and more. Surrounded by a smattering of bright green trees and grasslands, followed by mountains in the distance, it’s a beach unlike any other.