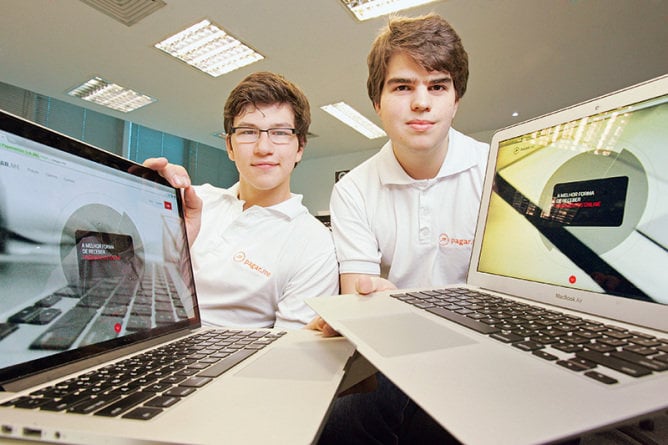 While some startups barely make it off the ground, there are others that propel forwards at an astronomical rate. An example of the latter is Brex, a company that has amassed a valuation of $1.1 billion. The two surprising points about this are that the company was founded less than two years ago and that the two founders are barely into their twenties. So, what is Brex, who are the founders, and how has the company come so far so quickly?

Brex is a corporate credit card company that is based in San Francisco, California. It offers credit cards to early stage technology companies. This company was founded on January 3 by Henrique Dubugras and Pedro Franceschi. Brazilian born Dubugras and Franceschi met when they were 16-years-old. They bonded straight away because they had a shared love of coding. Something else they had in common was that they both had strict mothers who did not understand their desire to become entrepreneurs and felt disgraced by their respective sons’ hacking habits.

The two men’s parents begged them to stop hacking, and their concerns were not unfounded. Franceschi even received a legal threat for patent infringement when he discovered the first jailbreak to the iPhone. Even that did not stop the men from experimenting online, and their strange interests finally paid off as the skills they developed online. However, it has taken them some time to develop a business model that works. Despite their young age, it is something that Dubugras and Franceschi have been working on for many years. Dubugras had been trying to create a startup since he was 14 with varying degrees of success. He had made a successful online game but was forced to close this down after the patent infringement notice from Apple.

Next, Dubugras founded a company that aimed to help Brazilian students complete applications to attend American schools. He got this idea after applying to Stanford and realizing that Brazilian students found it difficult to understand the American application process. Although he had over 800,000 users, he did not make any money. This meant the business was a failure. Dubugras then met Franceschi, who had an interest in payments. As the pair’s friendship grew and they realized they had the same interests and a shared passion for business, they came up with the idea of Pagar.me, which they later sold. This business had a staff of over 100, was processing $1.5 billion in transactions and had raised $30 million.

When that business was a success, the duo decided to move to Silicon Valley as this location is central to the tech world. When they moved, they joined Stanford and signed up to Y Combinator with their idea for a startup called Beyond. However, they gave up on this idea within three weeks as the business wasn’t right for them. Dubugras and Franceschi did not see this as a failure. Instead, they realized that payments were what they were good at and decided that this was the best business option for them.

In their journey to build their own successful startup, the pair has gained first-hand experience of the difficulties startups face in getting access to credit and they decided this was where they should focus their attention. They had both the business acumen to get the idea off the ground and entrepreneur contacts. This led to the birth of Brex. The idea is that Brex takes away many of the frustrating aspects of corporate expenses by simplifying expenses. Those who use Brex do not need a security deposit or a personal guarantee. The software platform is built from scratch and it does not use third-party legacy technology.

Two years on and the 22-year-old founders are already hugely successful, and their business is now valued at $1.1 billion. They have venture capital to expand the company and the Series C round of funding raised them $125 million. Two of the companies leading this investment round were DST Global and Greenoaks Capital. Dubugras credits the success of their business to the niche they have chosen. Their customer base is startups along with the focus on technology are something that it is almost impossible for traditional credit card companies to match. Their product is unique and their target market is large, so there is room for further expansion of this company and even greater success.

Dubugras has also talked about why investors are so keen to get involved with his company. He has said that their net promoter score is higher than the industry average, and this is something that appeals to potential investors. He has also said that there is a current surge in venture capital for digital startups, so they have started their business at the right time. So, what is next for Brex, Dubugras, and Franceschi? Their current plan is to use the proceeds of the fundraising for further expansion and they want to move the product they are offering outside the technology sector. Dubugras has noted that getting investment is about so much more than raising money as he believes it is a fantastic opportunity to find the right partners to help him and Franceschi to move their business forward.