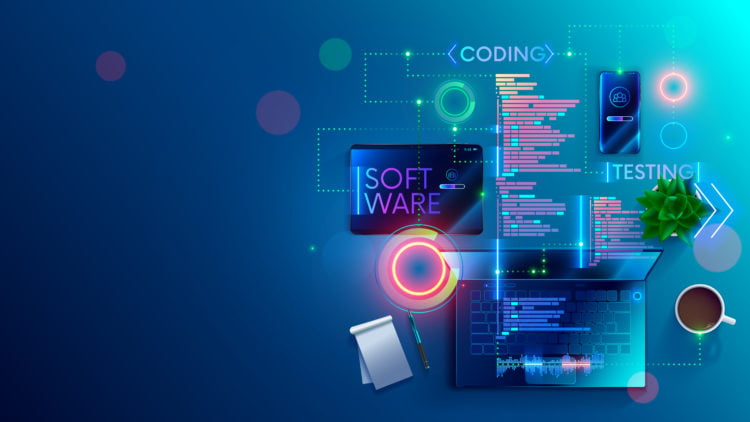 TrueLayer is a British Fintech startup that has recently made business news with its outstanding performance in the industry and emergence as a leader in the software development niche of technology. Research into the background of the company and its contributions to the financial industry’s advancement yielded information that is worthy of sharing. If you’ve not yet heard about this exciting new tech company, here are twenty things you probably didn’t know about TrueLayer.

1. TrueLayer is still a young company

According to Crunchbase, TrueLayer has not been around for that long. The company first launched in 2016. Its legal name is TrueLayer Limited. The headquarters is located in London, England. It has been operational for five years but has made remarkable progress in becoming a leader within its niche of the tech industry.

2. TrueLayer is a versatile company

TrueLayer is listed across five industries. The enterprise is a FinTech company that provides software solutions and Developer Tools for Banking and Financial Services organizations. It is also a Developer APIs company. It maintains a focus on providing software developers to access tools for building their financial applications. This is accomplished by providing connections and abstractions to banks and other types of financial institutions on a global level. TrueLayer primarily serves software developer needs but evidence of TrueLayer’s platform exists when customers connect with the institutions they use for financial services.

The TrueLayer website is powered by a total of 43 technologies. Although it’s a complex array of technologies, the IT team keeps them running together to provide visitors to the website with a smooth and seamless experience. The technologies are distributed across twenty-five technology products and services. Some of them include jQuery, Google Analytics, HTML5, Organization Schema, Mobile Non Scaleable Content, Amazon, and others.

4. The overhead costs for IT are high for TrueLayer

The annual costs of technology products and services for TrueLayer are high. The company estimates that it will spend $145.7 thousand on these services to keep the website running smoothly, and to provide users with the necessary tools. It’s the cost of doing business.

TrueLayer stands out from the crowd of Fintech companies that provide similar products and services. The company has developed an edge over the competition by securing three registered trademarks in the scientific and electric apparatus and instruments category. These trademarks give TrueLayer the sole legal rights to these intellectual properties and it prohibits any other company from copying or imitating them without express written permission.

6. TrueLayer has a high volume of web traffic

The analytics reports for TrueLayer’s website reveal that there has been a high volume of web traffic with significant growth of its number of monthly visitors over the past thirty days. A total of 202,332 people have visited the website or used the products. This number represents a monthly visits increase of 19.79 percent over the previous 30 day period. The traffic volume has resulted in TrueLayer’s website achieving a ranking of number 164,907 of the millions of websites registered on the world wide web.

7. TrueLayer is the most popular in the United Kingdom

8. TrueLayer has a core leadership team of eight

There are eight members in the core executive leadership team at TrueLayer. Shefali Roy is the chief operating officer. Luca Martinetti is a co-founder and the chief technology officer. Francesco Simoneschi is the chief executive officer and co-founder. Vince Mitolo is the head of growth. Jeppe Zink is an investor. Brenton Charnley is the head of Australia. Ben Foster is the vice president of engineering, and Marie Steinthaler is the vice president of global GTM. The core executive team is supported by other executives and managers.

9. TrueLayer has a two-member board of directors

The board of directors at TrueLayer is comprised of two members. Jillian Williams is a board observer. She is a principal at Cowboy Ventures with one portfolio company. She currently serves on seven boards of directors in advisory roles. Pietro Bezza joined the TrueLayer board of directors in August of 2016. He is a co-founder and general partner at Connect Ventures. He is an experienced entrepreneur, businessman, and executive who brings years of experience to the post. He has founded two organizations and currently serves on four boards of directors in advisory roles. Although the current board of directors is small, the talent that provides advisement to the TrueLayer executive team is skilled and knowledgeable. They also represent the interest of investors currently providing financial support for the company.

TrueLayer has participated in a total of eight rounds of venture capital fundraising. The most recent round of Series Unknown fundraising closed on September 21, 2021. The total amount raised o far is $271.8 million. Although the precise terms of the agreements of the fundraising deals have not been disclosed, it is assumed that TrueLayer offers each investor a stake of an agreed-upon percentage in the future profits of the enterprise.

TrueLayer’s leadership team has been successful in attracting several venture capital firms and other investors to support the company in its efforts for growth and expansion. The investors have put hundreds of millions into the future of the company, suggesting that they have high confidence that it will continue to grow and prosper, and provide them with a strong return on the investment. TrueLayer is funded by a total of twenty-three investors with seven of them as leaders of fundraising rounds. Some of the investors include Tiger Global Management, Stripe, Taavet Hinrikus, Visionaries Club, Mouro Capital, Tencent, Connect Ventures, Zack Kanter, Northzone, David Avgi, and several other investors who wish to remain anonymous at this time.

12. TrueLayer is a privately held company

You won’t find shares of TrueLayer stock for purchase, trade, or sale on any of the public stock exchanges. This is because the owners of the company decided to keep it as a privately owned organization. They’ve not yet filed for an initial public offering. Instead, funding for TrueLayer is accomplished through private investors such as wealthy individuals and venture capital firms. Our research did not turn up any indication that TrueLayer’s decision-makers have plans to go public at any time in the future. If such discussions are taking place, they have not yet been made public so we are under the assumption that they plan to remain private in the foreseeable future.

13. TrueLayer is a unicorn company

According to Techcrunch, the most recent round of venture capital fundraising raised an additional $130 million for TrueLayer. When the dust settled and all of the figures were compiled, TrueLayer emerged with a valuation that is more than $1 billion. This puts it over the top to qualify for the exclusive group of startups known as unicorns. A unicorn is a company that has a valuation of at least $1 billion or more, and Techcrunch has confirmed that TrueLayer exceeded the requirement.

14. TrueLayer is a leader in Open Banking

TrueLayer is a ground-breaking Fintech company that has gotten in on the ground floor of a new area in Fintech called Open Banking. It’s a system that was adopted by the United Kingdom in 2018 with the rest of Europe following. There are also indications that the United States may soon follow the movement. TrueLayer is a pioneer in the Open Banking space and this places it in a unique position of leadership.

15. TrueLayer is a visionary organization

TrueLayer’s investors see TrueLayer as an instrument for leading the world into new horizons in the fintech industry. Open Banking is one of the vehicles. Many of the investors who are placing their bets on TrueLayer, such as Stripe, have not adopted the Open Banking system themselves, but they see the value. They believe that TrueLayer is a central player in making payment methods or online commerce more accessible, and for accelerating a shift to alternative payment methods that will result in the global growth of e-commerce. More customers are gravitating to the open banking services systems and there are more banks throughout the world becoming integrated into that network. TrueLayer is assisting financial institutions in getting customers to make the conversions.

16. TrueLayer serves a variety of industries

TrueLayer’s solutions and services include a variety of financial transactions and related processes. Among them are payments, payouts, user verification, user account information, and more. People who use these services include crypto startups, neobanks, e-commerce companies, and wealth management apps. Also included are gaming platforms and marketplaces. There are millions of consumers using open banking services through transactions that have been enabled by the technology provided by TrueLayer. Over ten thousand developers use TrueLayer’s tools to develop services for open banking systems. TrueLayer will be instrumental in ushering in the new types of payment systems and services that are being made available. They’re at the forefront of the new technology that is opening up the world of alternative payment systems.

According to LinkedIn, TrueLayer is hiring en masse. The company currently has a workforce of 273 employees. They’ve posted position announcements for ninety-two new jobs. this represents growth and expansion of the current workforce that is approximately one-third. Some of the venture capital funding that has recently come in is being used to fund the tremendous growth of the company. This is an exciting time in the history of TrueLayer, as it beefs up its workforce to expand into other parts of the world.

18. TrueLayer is expanding into other parts of Europe

When reviewing the position announcements for TrueLayer, we noticed that they’re preparing to move into several new regions of Europe. They’re recruiting for Junior legal counsel in Dublin, Ireland. They’re also hiring positions for Milan, Italy, in London, England at the headquarters, and also in Sydney, Australia. The majority of job openings are for the London area, which shows that they’re beefing up the infrastructure. TrueLayer will have a strong presence in Italy and Australia.

19. Francesco Simoneschi is a serial entrepreneur

Francesco Simoneschi is a co-founder of TrueLayer. He is also a serial entrepreneur. He brings years of business experience to the table with a proven track record for achieving success. He earned a degree in computer engineering from La Sapienza. He attended the London School of Economics and Political Science at the University of London. He earned his degree in Information Management and economics in 2013. He co-founded a company called Mission and Market in 2014. He is still a partner at the firm. It is a provider of capital for founders with bold missions in large markets. He founded Staq Inc in 2012 and sold the business to PlayHaven in 2013. He also founded a company called Upsight and was the owner of the title product. He served as Lead Tech for the business. Francesco served as the CEO of Phatsoft S.r.i. He was also the vice president of strategy for FOVE, and the vice president of product development for DomainsBot S.r.i.

The other founder of TrueLayer is Luca Martinetti. He and Simoneschi founded TrueLayer, but they also have a long and storied business history as a team. Luca is the chief technology officer and co-founder of TrueLayer. He was the senior software engineer at Upsight Inc. He also served as the senior software engineer for PlayHaven, the company that acquired Staq Inc. Luca was formerly the chief technical officer for Staq before the acquisition. Apart from his work with Simoneschi, he was a lead data engineer for Plaid, in the San Francisco Bay area. He was also the chief technology officer for Domainsbot S.r.i. in Rome, Italy. 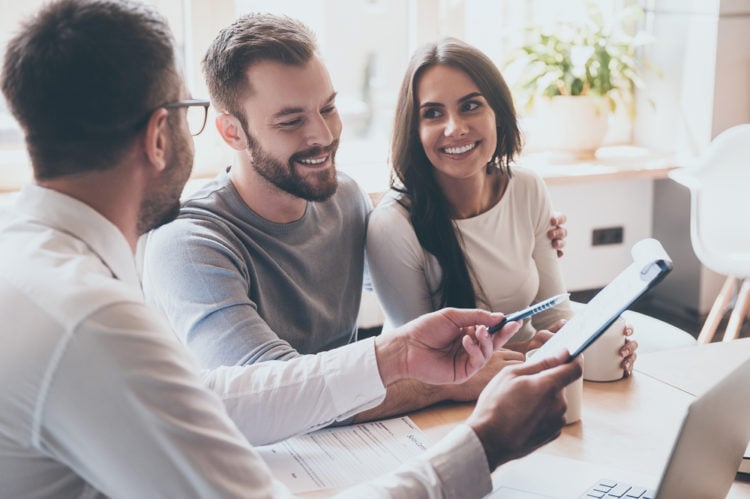 Like it or not, the world is being transformed by technology…. 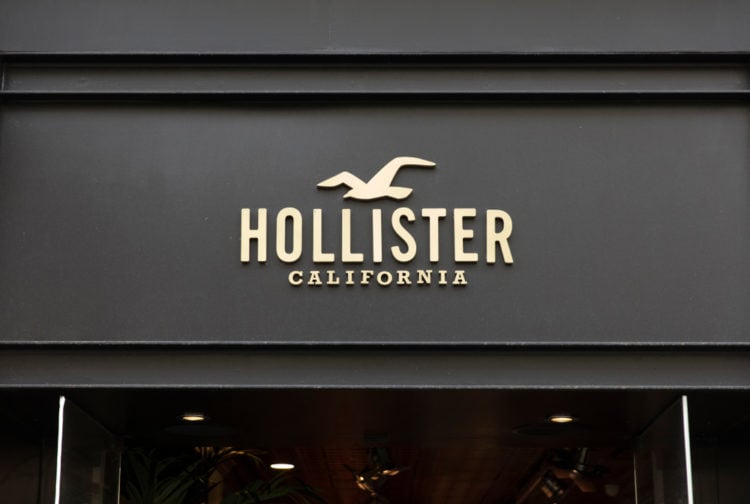 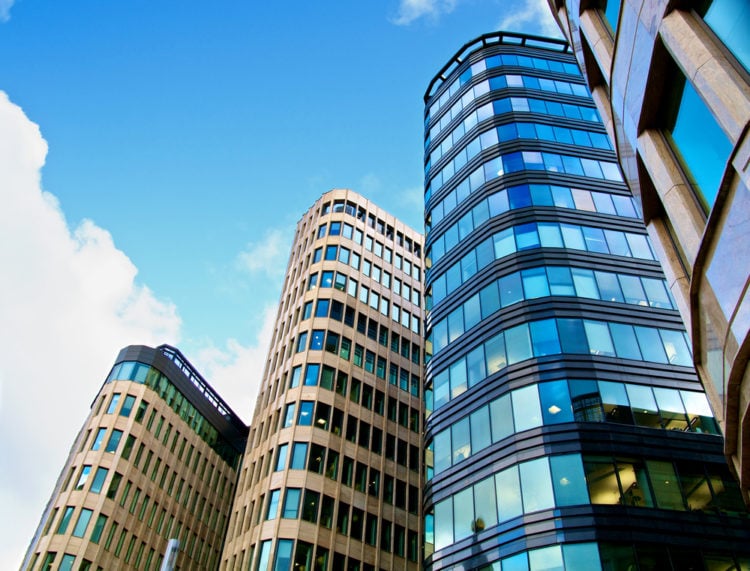 Established in 1937, Walker & Dunlop is one of the oldest… 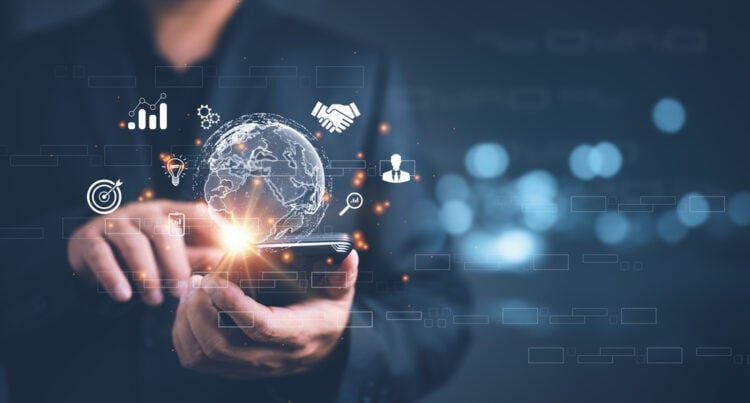 Lytus Technologies Holdings is a company that provides clients with content… 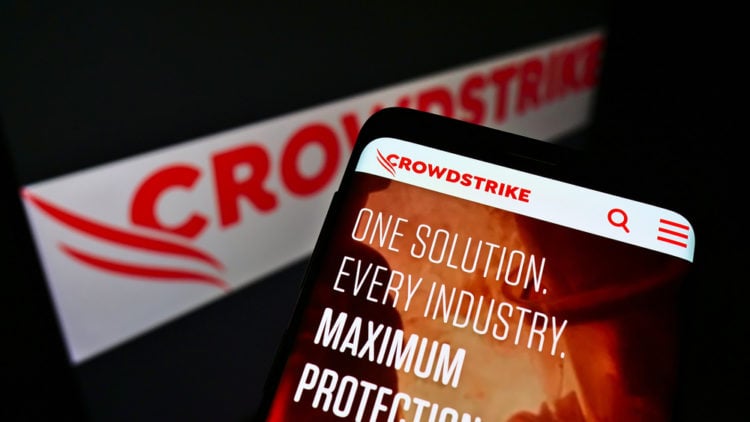 George Kurtz founded CrowdStrike in 2012 with a focus on proactive… 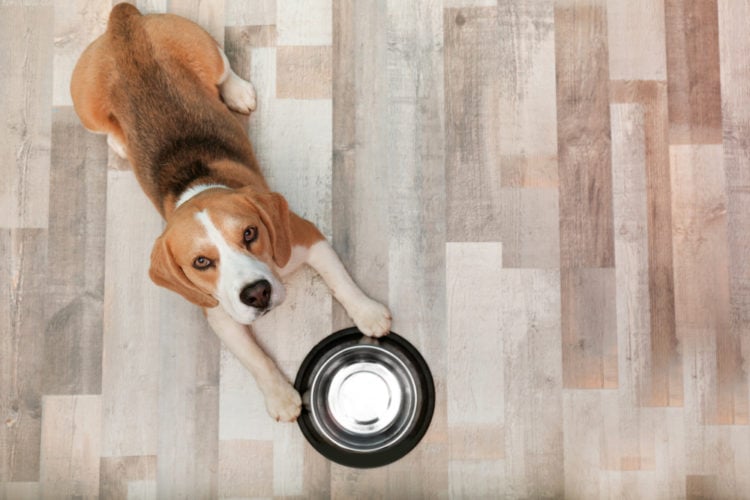 Butternut Box is a new startup in the United Kingdom that…