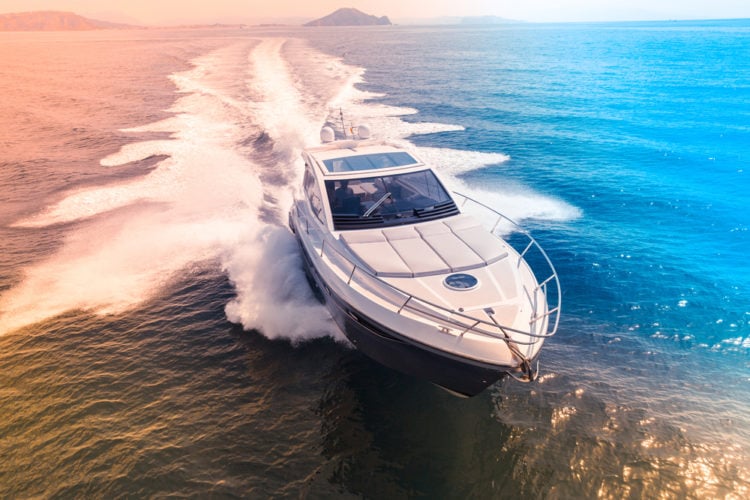 Flux Marine is an American automotive startup that specializes in building electric propulsion systems for marine craft. The systems are known for their high performance achieving high speeds, simultaneously providing power for watercraft and reducing the emissions produced by petroleum-powered engines. Flux Marine has been in the news recently for its successful fundraising efforts. If you’re not yet familiar with the company, here are twenty things you probably didn’t know about Flux Marine to familiarize you with the company and its products.

1. Flux Marine is in its developmental stages

Crunchbase confirms that Flux Marine is a young company that is entering its fourth year of business in 2022. The company launched in 2018 under its legally registered business name Flux Marine Ltd. The headquarters are in Providence, Rhode Island. It’s listed in the boating and marine transportation categories.

The executive leadership team at Flux Marine is comprised of three members. Benjamin Sorkin is a co-founder who also serves as the chief executive officer of the company. Jonathan Lord is a co-founder and chief technology officer. Daylin Frantin is a co-founder and serves as the chief financial officer of Flux Marine. The company has one member on its board of directors. Benjamin Sorkin is the first member to join We anticipate that the board will continue to expand with future rounds of fundraising.

Flux Marine has participated in six rounds of venture capital fundraising so far. The most recent round of Series A funding closed on March 30, 2022. The total amount raised is $15.8 million. The first round was a non-equity assistance campaign with two investors in May of 2018. It was followed by a seed round in Feb of 2020, non-equity assistance round in January 2021, led by Creative Destruction Lab, a grant of $255.7K from the National Science Foundation, and the Series A funding round in 2022 led by Ocean Zero.

Flux Marine is a young company. The leaders attracted and secured investors who believe in the company’s potential for generating returns on the investment, while many companies struggle for survival at this stage. Flux Marine is off to a strong start with its solid financial support network. Flux marine has nine investors with four of them as lead investors. Ocean Zero, Boost VC, Winklevoss Capital, The National Science Foundation, Creative Destruction Lab, Walnut Venture Associates, The Massachusetts Clean Energy Center, Maine Angels, and MassChallenge are all investors helping in the fundraising efforts.

Flux Marine is a privately owned company. The co-founders are all co-owners. Percentages of interest in the business were likely distributed as part of the fundraising agreements with investors, but the owners retain the majority of interest in the startup. You won’t find shares of Flux Marine stock for sale or trade on any of the public stock markets because it does not yet exist. The owners secured the necessary financial backing from private investors. Our research turned up no indication of plans to take the company to the public market at this time.

Flux Marine is jumping on the bandwagon, following the example set by other boat engine manufacturers to move from petroleum-powered motors to all-electric. Clean Technica confirms that the electric outboard motors are cleaner running than their gas or diesel-powered counterparts. Flux Marine is joining the movement to clean up the environment by reducing and eventually eliminating petroleum-powered engines.

The main mission of Flux Marine is to supply boaters with all-electric marine engines that are not harmful to the waterways. The second goal is to make those engines high-performance to provide recreational boaters with the best possible boating experience. Often, electric engines have a downside and may lack the power of petroleum engines, but Flux Marine has taken this issue under consideration and pulled out all the stops to deliver a high-performing propulsion system that rivals comparable engines with quality and ease of use.

8. Flux Marine is scaling up its operation

Flux Marine is pleased with its most recent round of fundraising from investors. It supplied the funding necessary to make some necessary changes to step up its operations. Part of the funds is earmarked for upgrading the facilities for production and increasing the scale of the manufacture and distribution of the all-electric boat engines. They aim to make more of the high-performance engines available for sale to the general public in the months ahead. They plan to expand the team of workers in all areas as they also expand their capacity for production and marketing. It’s an exciting time in the brief history of Flux Marine.

9. Flux Marine is inspired by an engineering product backed by the USAF

Flux Marine is the result of what started as an engineering project at Princeton University. Ben Sorkin, Jon Lord, and Daylin Frantin were involved in the academic project at the University. The goal of the team was to create a prototype electric outboard motor for boats. Because of their affiliation with Princeton, the United States Air Force, the Massachusetts Clean Energy Center, and The National Science Foundation happily came on board to help with funding the project.

Upon further development of the Princeton project electric outboard motor, other agencies and organizations took notice. Sorkin and his team were awarded the Electric Boat Association of America’s Wye Island Challenge top place for 2019. They also won the 2021 Newport International Boat Show award for best Green Product, along with the Best new Boating Operation, Maintenance, or Safety Product award. Flux Marine is the home of award-winning all-electric outboard marine engines, which will help them tremendously with their marketing endeavors.

11. Flux Marine is in an ideal position for taking the industry lead

Competition in the all-electric automotive industry is stiff. Building marine engines under the platform is an even higher stakes market. It’s the latest trend in marine technology and the business is just starting to ramp up. Flux Marine threw its hat in the ring at the ideal time. The quality of its new electric propulsion system is high and cuts no corners. They’re poised to become a leader in the industry if Flux Marine continues on its current trajectory.

12. Flux Marine is a potential disruptor

Now and then, a new company enters the scene of an industry with innovative new technologies that have the potential to disrupt the status quo. Flux Marine is one of those enterprises. It’s in the Northeast part of the United States in an idyllic location. Its engine design is in-house and new, featuring an innovative all-electric propulsion system that bypassed the use of retrofit electric vehicle components in an outboard platform. The new company has all the support of local agencies it needs and the backing of wealthy investors to continue its quest to provide a cleaner resource for marine propulsion. Flux Marine stands to turn the marine outboard industry upside down with its powerful new technology that helps preserve the environment.

Forbes investigated the new Flux Marine startup and reports that Flux Marine has successfully re-imagined the design of electric engines for outboard marine use. They took it from the ground up to re-think the technology for maximum output within the confines of electric power. Forbes also reported that Flux Marine’s outboard engine beat the best competitors in competition with its biggest rivals in the industry. Competitors included X Shore, Vision Marine Technologies, and others. It took first place of all the entries with some big names present.

Flux Marine has surged to the top of the electric engine for the marine craft industry with its highly efficient and clean operating engine. The new design is not only all-electric, but it is zero-emission. The characteristics are qualities that most environmental agencies can get on board and support. It took them five years to develop a zero-emissions propulsion system with high-performance traits. The invention could signal trouble for the traditional fuel-powered outboard boat engine market.

Newport International Boat Show judges were not shy about voicing their opinions about Flux Marine’s new electric engines. They shared their view that the invention is innovative and revolutionary. They see the development as a game-changer poised to change our view of electric engine performance. Previous notions held that electric boat engines lacked the power for optimum performance. They didn’t quite stack up to the performance of fuel-powered motors. Flux Marine’s new engine has changed all of that.

LinkedIn shares that Flu Marine has not yet begun to expand its operations. This project is likely to occur in the months to come in 2022. For now, the team consists of a core group of thirteen staff members. The company has advertised one new job position for a Human Resources Manager for its Providence, Rhode Island facilities. We anticipate that this is the beginning of its strategic plan to build more spacious facilities, then expand its staff, technicians, and marketers.

17. Flux Marine has a straightforward mission

Flux Marine has shared its mission with the world. It appears on its official website. It’s a clean and clearly defined statement. It reads,” As a company built by boaters, engineered by innovators, and backed by visionaries, Flux Marine is guided by a key set of navigational beacons.” It’s a crisp statement that covers all the bases for those who wish to follow up and learn more. It tells us about the background of the founders, the engineers, and the financial supporters of the company in one succinct statement.

We learned some interesting facts about Flux Marine products when visiting the official website. The all-electric propulsion systems are more convenient than non-electric engines. The Dual Console engine does not require fuel or oil changes. There is no need for winterization. The system can save boaters money in fuel expenses over time.

Flux Marine intends to provide more than outboard engines for boaters. It will offer entire packages that come with the engine and the boat. The Dual Console package is a 21.5 ft x 8.5-foot watercraft. The capacity is for up to nine adult passengers. The product is a prototype of the products currently under development. They’re giving interested parties a glimpse into the future. If you like what you see, you can reserve your boat package now, but it will take a while for the company to build and produce the craft. They’re currently taking reservations for the prototypes. 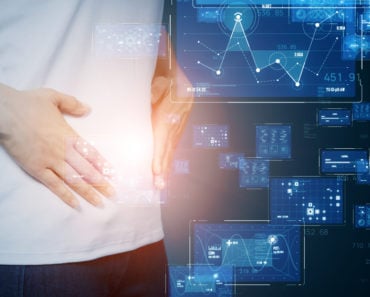 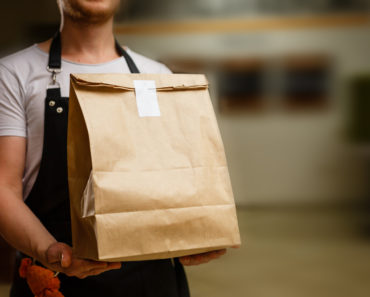 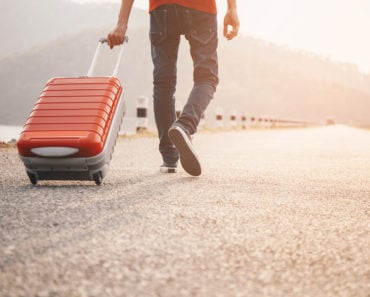 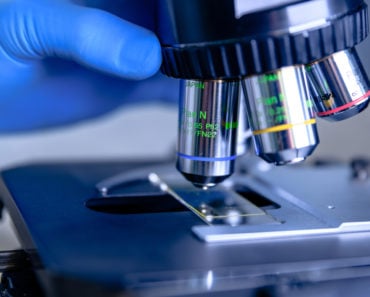 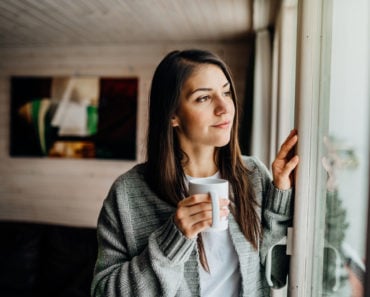 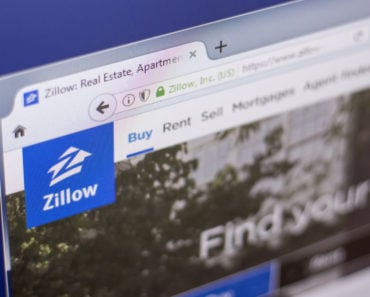