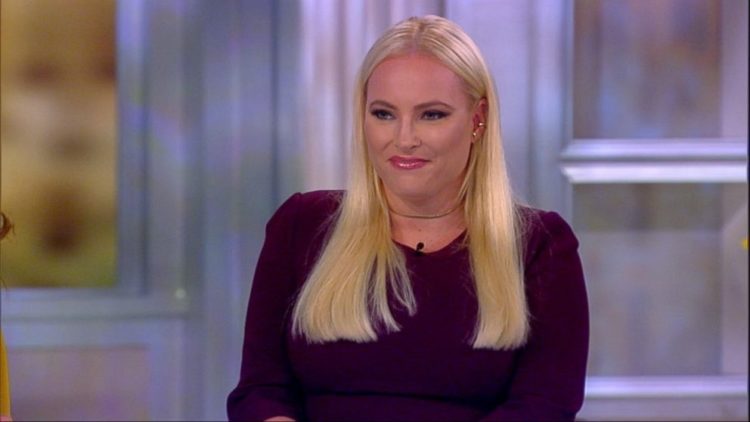 In April 2008, HuffPost published a story asking how Meghan McCain was paying for the travels she and her two friends were enjoying on campaign buses and planes. The campaign team could not answer, and the blogger spokesperson did not respond to the inquiries. However, what most people seemed to forget is that she was born with a silver spoon in her mouth since her mother has a net worth of $200 million. The blogger has still been trying to make it on her own by engaging in different income-generating activities such that Meghan McCain’s net worth now stands at $4 million. Let’s tell you more about how each venture helped her to inch closer to the millions.

According to MinnPost, Meghan’s blog, “McCain Blogette” that was launched in 2007 helped the public catch a glimpse of the late John McCain’s presidential campaign. Meghan still mixed it with a bit of fashion and music, but the main aim seemed to be using it as a presidential tool to portray John as more than just a politician but as a father as well. It had mixed reactions with a social media consultant explaining that while some did not need the blog to vote for John, some of the things featured in the blog made others change their minds about voting for him. Regardless of the political implications, Meghan still made her money with the blog. Usually, blogs can make as little as $175 or as much as $5000 with each post and each repost in other social media channel increases the earnings. However, Meghan’s blog was limited in that regard because it lacked a unique URL, thus sharing it on other platforms was impossible.

Meghan inherited her father’s love for authoring, and in 2008, she published the first book, “My Dad, John McCain.” The 32-page children’s book has received lots of praise from those who have read it to their children. Similar to her father’s book, Meghan’s first book also became a national bestseller which must have encouraged her to keep writing. In 2010, she wrote a political memoir recounting her campaigning experience during the 2008 presidential elections. Unfortunately, unlike the first book, this second attempt was not well-received. She was criticized as having revealed to the reader more than was necessary and for displaying herself as a cry baby. Others said it showed her sense of entitlement, narcissism and below-average intelligence. She still gave it a third shot; the book is available in Kindle and hardcover. It also had mixed reactions which prevented her from going on with her authoring career; hence she gravitated towards television and being a columnist.

With her first book becoming a national bestseller, Morgan stood to make a lot of money. To become a New York bestseller, you must sell between 5000 and 1000 books. If we have to assume that all the 200,000 copies printed during its initial release were sold, that would mean hundreds of thousands of dollars for the author. As for her second book, although no sales record is available, in 2009, Observer reported that Hyperion had struck a high six-figure deal with Meghan. Therefore despite the criticism that “Dirty Sexy Politics” got, Meghan already had her pockets lined with a reasonable sum of money.

In October 2017, Meghan joined “The View” as a co-host after Jedediah Bila abruptly left on September 18, 2017. She was hired to be the show’s primary conservative voice after being a guest in her younger years. Meghan described Whoopi Goldberg as her mentor; therefore, even before taking on the job, she asked Whoopi for her advice despite her parents already encouraging her to take more risks by accepting the job. The co-host was particularly inspired to be sitting in Elisabeth Hasselback chair, another woman who had been the conservative voice on “The View.”

Despite bringing in some heat to the show, Meghan is not as well compensated as the rest of the hosts. According to Cheatsheet, her annual salary is less than a million dollars, making her among the lowest-paid hosts on the show. Whoopi Goldberg is the highest paid, earning about $4 million per year, a reduction from the $5-$6 million she made before cutting down her schedule.

However, these hundreds of thousands of dollars per year may be foregone should the rumors circulating about her departure be true. On September 1, 2020, Meghan hit back on a headline that read fans not being excited about her return for the new season. The co-host used Instagram to rant about how women like to tear each other down, and her fans were quick to say they cannot wait to have her back on the show. She may be ignoring the petition started a year ago by Miguel De La Prada that demands the termination of her contract due to her unprofessional and rude behavior.

Before joining “The View,” Meghan McCain was a Fox News contributor. According to Hollywood Reporter, non-famous contributors begin with a fee agreement based on each appearance. Once the ratings are impressive, they enter a contract that earns them an annual flat fee. The salaries, however, range between $31,000 and $560,000. It is not clear how much her salary was, but given that she was a permanent host on “Outnumbered” it had to be a substantial amount.

Meghan also was a guest contributor in 2001 for MSNBC. Just like on Fox News, the amount paid depends on the guest’s stature and negotiating skills, but most are under retainer agreement for a certain period. The retainer fee is in addition to the per appearance fee that can be several thousands of dollars. There is also not a specific figure, but contributors have been said to make at least $90,000 per year while seasoned professionals earn up to $250,000. Before her job as an MSNBC contributor, she also was a contributing author at the Daily Beast which must have helped increase her income.