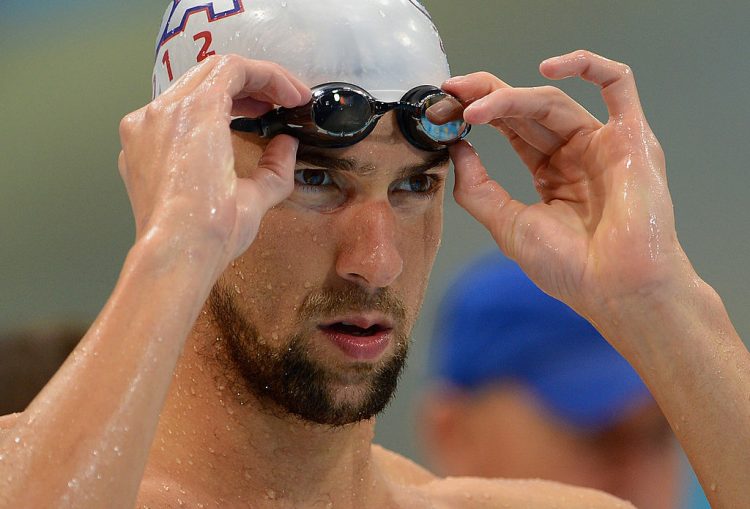 Michael Phelps was 15 years old when he swam on his first Olympic team. It was 2000. Now, in 2016, he will be on the fifth Olympic team in his life. This is the most for any American male swimmer. He is the Olympian who has been most decorated throughout history. His skill with the 200-meter butterfly is legendary. He has been an Olympian as he grew from a teenager to a grown man with a family, and each Olympics he has swum his favorite event, which is the 200-meter butterfly.

Phelps has earned 22 Olympic medals, and 18 of them are gold. Both statistics are record breaking. Phelps has had an undeniably unparalleled Olympic life and career. He has had some of the fastest times in the swimming world. He is a United States Olympic veteran looking forward to his fifth Olympics with competitive determination and gladness that he is able to do what he wanted to do one more time.

Here are 20 things you might not know about Michael Phelps.

He eats anywhere from eight to ten thousand calories a day when he is training. He has to keep eating because he can easily lose 5 pounds in a week if he doesn’t. Rumors have circulated that he eats 12,000 calories in a day, but he says that is absolutely not true.

2. Phelps was sick of swimming before he went to the 2012 London Olympics.

He lost interest in the sport, and he began to miss many practice sessions. He and his coach Bob Bowman had a brutal fight. Phelps smashed his watch against the wall and broke it. They yelled at each other, and he screamed off in his car. They flipped each other “the bird”, and then Phelps didn’t show up for training for 10 days. He absolutely didn’t care about the road leading up to London. He said that he was just trying to “fake it”, because he simply didn’t want to be there. He thought he was just “over it”. The laughing and joking that he has in the pool now, wasn’t there for him in 2012.

He views it as a cry for help. He said he was spiraling into trouble and he didn’t really know why. He was photographed with a marijuana pipe. He was completely depressed and his mother asked him “Why?” His mother was happy that he was alive, and he believed many could see him going down the wrong path. He checked himself into a rehab center in Arizona. He admits that he has problems with alcohol and binging. He spent 45 days in The Meadows for treatment. He says he checked himself in because he thought of himself as a swimmer and nobody else. He didn’t know how to present himself anymore. He feels he is a changed man, and ready to compete in his fifth Olympics.

If he is able to give 100 percent in Rio, he feels that he will be able to move on from his swimming career and live the next part of his life. He says he is a goal oriented person who will go down swinging to improve the sport until he dies. He is the most decorated Olympian of all time.

5. He is extremely proud of being a new father.

Fatherhood has been awesome and crazy. He has been happy to welcome a new person into the world.  He receives 30 photos a day by phone when he is out of town. Watching his baby grow and change since birth has been wonderful. Boomer has come to a couple of practices since he has been born. Phelps and Boomer’s mother Nicole take him to the pool so that he can get used to the water. He feels that it is pretty special to have his first born attend these historic moments in terms of his last competition.

He views the United States team as a strong team, with enough depth that once they reach the Olympics they are in the position of being confident about winning. The stress comes, he believes, from making the team. He knows that even when he has been in his very best shape, there are newcomers who will challenge him and this is one element which brings him stress. The hardest part for him is sitting in his hotel room, leaving the blinds closed so that he doesn’t see advertisements of his own face on walls outside. He does take time watching how the others are swimming. His coach encourages him to turn his brain off and just do the best he can do. He advises other young swimmers to relax and have fun.

7. He is naturally allowing himself to savor the last races he will ever swim.

He thinks it is “nuts” that he had his first Olympic trials 16 years ago. He cannot imagine that he has spent more than half his life in the swimming pool. He plans to bring his son to Rio for the Olympics. He may decide to not participate in the Opening Ceremonies because it requires many hours standing and he feels it’s hard on his legs and feet now that he is older. He is basically in the position of trying to have fun and enjoy every moment that he is experiencing swimming right now.

8. Michael was raised by his mother, a single parent.

He says he owes her a lot. In fact, he says he “owes her the world”. His mother got a sponsorship to promote for Chico’s clothing. She’s a principal at a school. When he wasn’t certain that he would go forward with training for Rio, she was secretly hoping that he would. She said’ “I’ve never been there before.”

9. Phelps qualified for the Rio Olympic Games by winning the trials.

When interviewed before the match, Shaq said he has a stealth Ninja style of getting into the water…which basically means he rolls over the edge and slides in. He trained a lot to be ready for the competition with Phelps. He actually trained with Phelps’ trainer Bob Bowman. Shaq held a press conference three days before he raced Phelps. Phelps accepted the challenge thrown out by Shaq, and he spoke at the conference. They competed solos and then with a relay race. Shaq had three females; a world record holder and 2 Olympians, to help him, but Phelps swam all the positions himself. Shaq thanked Phelps for agreeing and wished him well.

The cheers were loud for “Michael, Michael, Michael”. Louder than for the music stars. He can barely carry a tune. He appeared on the Jay Leno show, and then helped open the New York Stock exchange the next morning. He toured for 3 months, all around the world. He toured to promote the Michael Phelps brand. His coach said he had trained non-stop for his entire life. He didn’t take a day off a single day, not even Christmas. On his birthday, he trained twice. He said he got out of bed every day so that he could be the best. He won 8 gold medals in the Beijing Olympics.

12. He keeps his 8 gold medals wrapped in an old t-shirt inside a make-up bag.

He doesn’t display his medals. He actually doesn’t often look at them. He usually only takes them out when asked. He may have also temporarily misplaced one for a while.

13. Phelps has slept in a special high altitude chamber at night to improve his endurance.

He likened it to sleeping in a box. He described it as being “The Boy in the Bubble”. He admitted that it wasn’t his favorite thing, but it to improved his performance. He slept at 8,500 to 9,000 feet of simulated altitude. He would open the door to his room, and then open another door to enter the sleeping chamber.

14. Phelps has an extensive elite athlete workout routine outside the pool.

He completes a wide variety of strength training with weights. He jumps with rubber bands on a regular basis to develop his outer walls. He also does training with a sled to strengthen his shoulder blades. He wears an under amour compression suit to help his body recover after a workout. He wears the suit when he sleeps. The compression over the entire body allows the entire body to repair itself. The whole body works as a system and recovers much more quickly than it would without it. He takes it on tour and he also naps with it on.

15. He set up a foundation to encourage kids to swim.

His foundation has helped thousands of urban kids to learn how to swim. Accidental drowning is a leading cause of death in young children. His foundation promotes water safety, healthy living and pursuing dreams. Phelps noted that he was afraid when he first started swimming, and he swam on his back to avoid getting water in his face, just like most children. His foundation has worked with the help of the Boys & Girls Clubs of American and Special Olympics to teach more than 15,000 program participants about life-saving swimmin

16. Phelps has had a vitamin D deficiency.

Though he has always been good about nutrition, he believes in eating what he calls “high performance fuel” so that he can perform better. At one time, his trainer had him taking an extra vitamin supplements to compensate for his deficiency.

Michael had purchased his first home, a brownstone in Ann Arbor, Michigan. He used hand soap in the dishwasher instead of detergent. He was buried as high as his knees with soap suds.

18. He played Texas Hold’Em for charity.

The Nebraska Make a Wish Foundation was raising money. Phelps was in the tournament with professionals, amateurs, and Warren Buffett, the billionaire. When he and his friends are waiting for planes they often substitute Starburst candy for poker chips. He loves poker and reads gambling literature even though he’s not usually reading much.

19. He stopped a press interview to watch a fellow swimmer race.

He was being bombarded by questions, but it was obvious that his attention was elsewhere. He raised his hand and asked for a moment of time out. He went to watch the TV behind him as Katie Hoff swam. The two came from the same swim club. Hoff won her first world record in an individual medley and Phelps gave a fist pump. He apologized when he returned to the interview, but acknowledged that he didn’t want “to miss that”. He is said to have a very tender side that occasionally peeps out at unexpected moments.

At the time, he thought his swimming career was over. He told his trainer he was finished. He had surgery to place a pin in his wrist. He also told the press that he was “like a fish out of water” when he’s not swimming. His trainer said that the injury could have healed by itself, but the extra step was taken to strengthen the ankle. Bowman also indicated that the injury probably wouldn’t have a major effect on Phelps’ training. Apparently not.