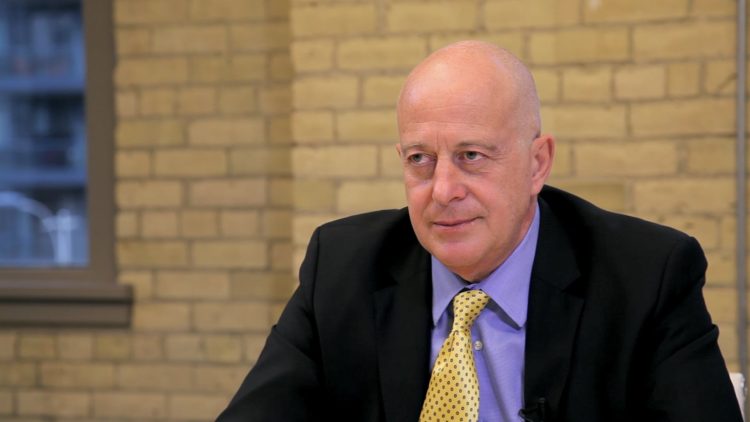 The Oreo cookie manufacturer is actually Mondelez International.  We just thought we’d lead with that. The CEO of the company is Dirk Van de Put. He recently assumed his new post in the corporation and is gearing up to take on the new challenge. If you haven’t heard of him yet, don’t feel bad because he’s new to the major snack giant. To better acquaint you with him, here are ten things that you didn’t know about Dirk Van de Put

Even though he’s new to the Mondelez International corporation, Dirk Van de Put has rolled up his sleeves and he’s getting down to the business of establishing a strategic plan for the upcoming year. Together with the company, Van de Put recently announced the new tagline for the company which will be “snacking made right.”

Van der Put was actually born in Belgium. It was in the country of his birth that he attended schools and got his first taste of business as a professional. He had built up his career prior to coming to the United States where he plans to put his excellent track record to the test and raise the valuation of the Mondelez International corporation. In April of 2018, he became chairman of the company and it didn’t take him long to move into the CEO position with the retirement of his predecessor.

3. He received his degree in Belgium

Dirk Van de Put pursued his master’ss degree from the University of Antwerp n business. He is highly educated. Dirk is fluent in five languages which include English, Dutch, French, Portuguese and Spanish.

Before coming to Mondelez International, Dirk Van der Put worked for McCain Foods Limited. The company is based in Canada. The company was listed with a valuation in USD of $7.3 billion and is the largest manufacturer of frozen potato specialties with international sales in over 160 countries. The business thrived under his direction as President and CEO. He joined the company in 2011 and it prospered while he was at the helm.

5. He also worked in Switzerland

Prior to working with the Canadian corporation, Dirk served as the President of Novartis, Inc in their Global OTC Division. This is a Swiss pharmaceutical firm, and before that, he was a senior executive in several different positions with Groupe Danone, a company that specializes in baby food, dairy, water, and clinical nutrition products. After working several years in this company, he eventually became President of the Americans Division and he also shared a joint presidency in the company’s Fresh Dairy Division. He’s established a long and proven track record of high performance in executive circles in several different countries throughout the world.

6. He got his start at Coca Cola

This will be novel for Coca-Cola lovers. Dirk Van der Put was in charge of the Caribbean location of the company where he served as its president. He’s been in a variety of different sectors of the food industries holding high ranking positions. He started his career with the Mars, Inc, company in sales and marketing in their Latin American and Europe locations. In fact, he spent the firsts 15 years of his professional career working with this company.

7. He has a surprising doctorate

Dirk Van der Put attended the University of Ghent, Belgium while living there. He earned a doctorate degree in veterinary medicine, then went on to earn a post-grad degree in marketing and management. It appears that he has a true and sincere love for animals.

8. He’s promising a big delivery on progress for Mondelez

Dirk told the press that he believes the company is undervalued. Since he’s been able to work miracles in multiple other organizations, he has no reason to believe that he cannot do the same for his current employer. He has already put new plans in place to launch a fresh campaign to capture more of an audience for the giant snack manufacturer and if anyone can do it, Dirk Van de Put certainly can.

It’s recently come to light that Dirk was a member of the world-famous toy manufacturer Mattel. According to sources, he’s still a nonexecutive member of the company. It seems that he has a foot in almost every kind of manufacturing industry or at least a good share of them.

10. He has dual citizenship

Dirk Van de Put was Born in Belgium and he is still a citizen of that country. He is, however, also a citizen of the United States of America. Although he’s commonly listed as a Belgian businessman publicly, he possesses dual citizenship. He holds a unique position in the business world with multiple affiliations and networks and he’s a great value to any corporation he leads.