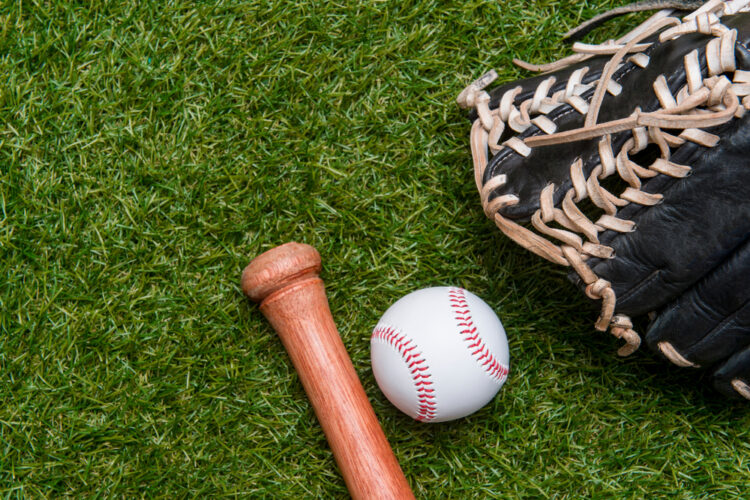 When people talk of Michael Jordan, they focus on his basketball career. However, did you know that he once took up baseball? In 1994, he played for the Double-A Birmingham Barons of the White Sox organization. However, many people felt he wasn’t a good baseball player and should have instead stuck to basketball. For instance, he did not know basic baseball concepts like which base to throw to and the difference between a two-seam fastball and a four-seam fastball. Others, however, felt his speed and athleticism helped him finish 30 steals, hence felt there was room for improvement. His baseball glove was consigned to Heritage Auctions, which sold the glove at auction Sunday night. However, the glove was modified so that it could retain its strength. The glove was worn out, and it was rather unusable. So, Michael gave out only one of his gloves and chose to remain with the other one that was worn out. For the glove to retain its strength, it was filled with permanent epoxy.

Hermes is a French company known for making leather goods and accessories of high quality. In 2014, the company decided to launch its first expensive glove. Nearly everyone remarked how absurd it was to sell them so expensively when it was launched. However, according to Bleacher Report, Hermes explained that the glove was expensive because it was made of gold swift calfskin and stitched by hand for 25 hours. Hermes was lucky to meet its first buyer despite the complaint about its price. The buyer was a multi-millionaire businessman in New Jersey. Interestingly, the buyer’s identity was not revealed. The buyer likely chose to remain anonymous since people would chide him for buying an expensive glove.

Mickey Mantle is generally considered one of the greatest New York Yankees players. He played as a switch hitter for the team from 1951 to 1968. His achievements include 2415 hits, 536 home runs, wins above replacement of 110.3, and becoming a Seven-time World Series champion. People felt he could have been greater had he not sustained serious injuries. Due to his achievements, Mickey had a lot of fans. One fan wanted to be a baseball player like him, and that fan was Billy Crystal, an American actor. The actor had been fond of him since he was nine years old. Although he did not become a baseball player like him, he was able to purchase Mickey’s glove. He bought one of his gloves during a Sotheby’s auction of baseball memorabilia in 1999.

Lou gave this glove to Howard Henderson in the 1930s when he visited Howard’s family. Howard was impressed with the gesture and kept it for 80 years. Lou was not just a famous baseball player to Howard, but a friend. He would always narrate how he acquired the glove to his family and friends. In 2014, Howard auctioned the glove at an MLB All-Star FanFest event in Minneapolis. 2014 was a special year to him since it marked 75 years since Lou made his famous “Luckiest man on the face of the earth” speech. According to Baseball Hall, Lou made this speech acknowledging the love and support he got after contracting Amyotrophic Lateral Sclerosis (ALS) in 1939. ALS is a progressive disease that destroys nerve cells in the brain and spinal cord. As a result, the muscles in your body will be unable to receive impulses from the brain to move. Since Lou would be unable to move, the disease forced him into retirement. If you wonder why the disease is sometimes called Lou Gehrig’s disease, now you know why.

Babe Ruth stood out as a player since he liked wearing baseball jerseys with pinstripes. Many people guessed that the pinstripes were supposed to make him appear slimmer since he was quite huge. However, according to Sports Casting, the pinstripes were simply a popular style at the time. Babe gave his glove to Edward Petschke, a drugstore clerk he got to know after playing minor league ball for the Providence Grays in 1914. Edward knew he would never use the glove, so he gave it to his nephew, Everett Prescott, who was elated to receive it. Everett eventually passed it on to his son, Craig Prescott. Craig eventually loaned it to the Babe Ruth Birthplace Museum. He did this after auctioning it in Baltimore through Goldin Auctions. So, some of the proceeds from the auction went to the museum.

This listicle clearly shows why people bought these expensive baseball gloves. For instance, they are people who treasure having memorabilia. For example, it is hard to relive the experience you had watching a certain baseball player play. As a result, people opt to own the gloves the baseball players used in their games. So, each time they look at the glove, they will always remember a particular baseball match as though it took place recently. Also, quality matters to people when purchasing baseball gloves. No one wants to own a baseball glove that will tear with time. So, if you need a material that will last for a long time, then it may be best to purchase high-quality baseball gloves, which will be expensive most of the time.