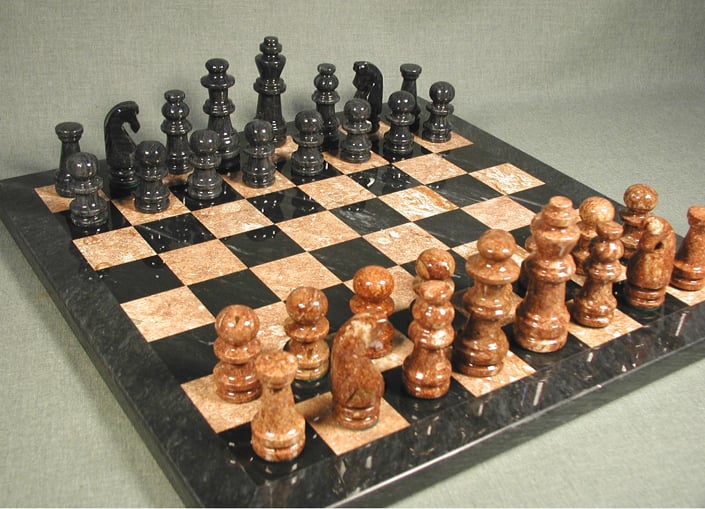 Chess has held the distinction of being one of the most popular strategy games in the world for centuries. Millions across the globe, amateurs and seasoned professionals, enjoy this classic board game. Contrary to what some believe, chess isn’t at all difficult to learn. The rules are basic and so simple to understand that even young children can get the hang of it, although mastery of the game only comes with extensive playing experience.

No one is 100 percent certain where chess originated, but its history goes back at least 1,500 years. Most believe its roots are in India, with some historians pinpointing China as chess’ place of origin. Wherever it came from, one thing is certain: it’s just as enthralling to play now as it ever was.

To play the game, you’ll need at minimum a chess set — no fancy bells and whistles are required, as chess is more about the skills of the player than the equipment. However, those who are looking to flex their skills with a luxurious set will find no shortage of options. It’s not uncommon for people to spend $50, $100, or perhaps more to own a quality chess set, but this doesn’t come anywhere near being the most expensive that you can buy. Here are five of the most expensive chess sets ever created. 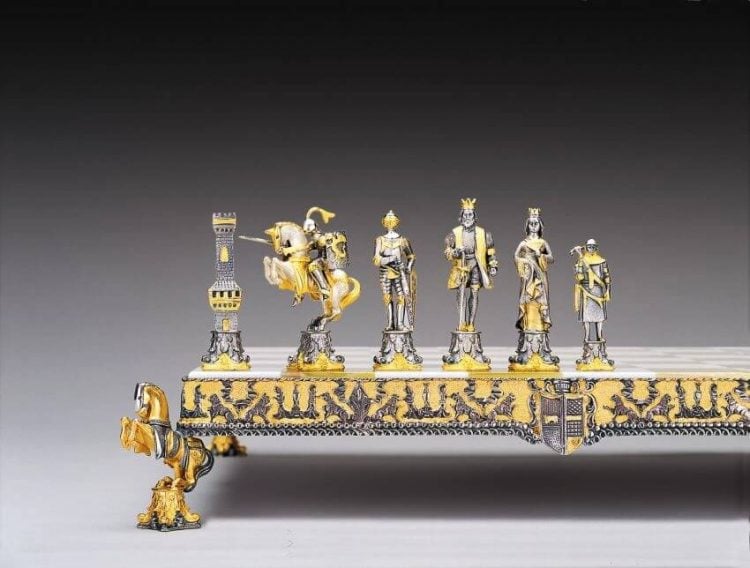 Piero Benzoni crafted this stunning chess set. It features a scene which pays homage to the ancient 9th century battles that took place between the Ottoman Turks and Carolingians. Each piece in this chess set is decked out in period attire and comprised of fine gold and silver. The Carolingi XIV chess set has a Gothic appearance, and the details on the handmade pieces is incredible. Rather than have the standard shaped chess pieces, this medieval set is carved to look like actual kings, queens, knights, bishops, pawns, and rooks.

To hold the beautiful pieces, the Carolingi XIV set has an accompanying chess table made of onyx that’s also ornately detailed. All of this luxury and skilled craftsmanship adds up to a price tag of $113,575. This is a chess set that was designed to be decorative, but it can actually be used for game play. 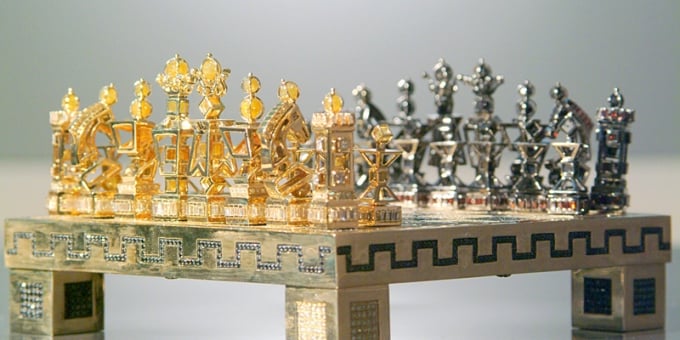 Jim Grahl originally designed this chess set in 1972 on commission, and it’s a beauty. The total weight of all the figures is nearly a pound, and each is crafted from solid silver and 14 carat gold. The pieces sport a 14th century aesthetic, complete with period dress and details. The chess board is made of ebony wood embellished with sterling silver, and even the case is hand made and exquisitely detailed.

Overall, the set is refined in appearance and would be the perfect board for someone who admires fine workmanship, exotic wood, rare gems, and has plenty of cash to spare. The price for a custom made replica of this J. Grahl chess set is $450,000. 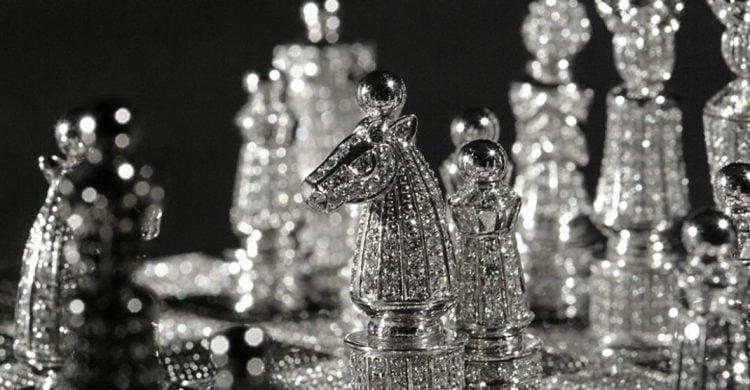 Charles Hollander is a company known for retailing extraordinarily luxurious items, and the Royal Diamond chess set is no exception. French artist and jewelry maker Bernard Maquin designed the set for Charles Hollander, and it’s an incredible combination of artful beauty and luxury. To say that this set is lavish is an understatement. It took over 4,500 hours to design and hand create the chess board and pieces, which makes this one of the most pricey chess sets in the world.

The classically styled chess pieces are made of 14 carat white gold and decked out in 9,900 white and black diamonds that weigh a total of 186.09 carats — this set’s composition is largely why it costs half a million dollars. 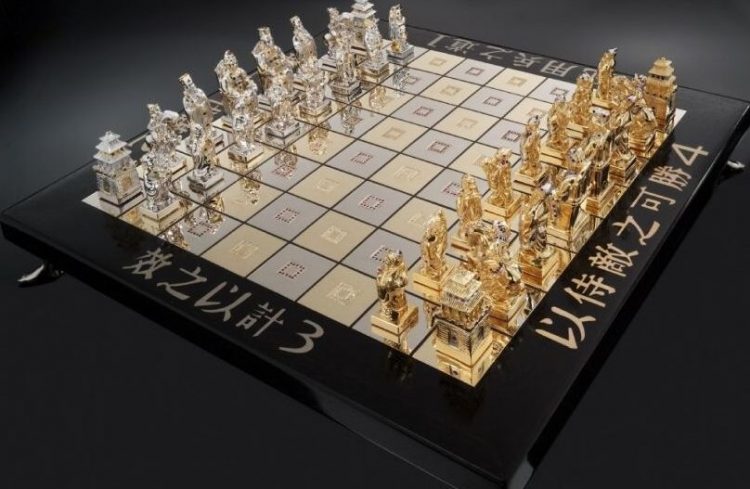 Sun Tzu’s Art of War is widely considered to be the ultimate treatise on military strategy, which makes it the perfect theme for a chess set. Victor F. Scharstein designed this masterpiece that is made of solid gold and precious gems. The set’s pieces have an Asian influence, and each was hand decorated with rubies, emeralds, sapphires, and diamonds. The ebony board itself is a sight to behold, and its legs, hinges, handle, and key are carved out of gold and studded with gems.

The Art of War set has always been among the most expensive chess sets in the world. When it was put up for auction, bids flooded in from nearly every continent. The maker declined a $750,000 offer for the set that came from Indonesia, so the winning bid had to be significantly more. 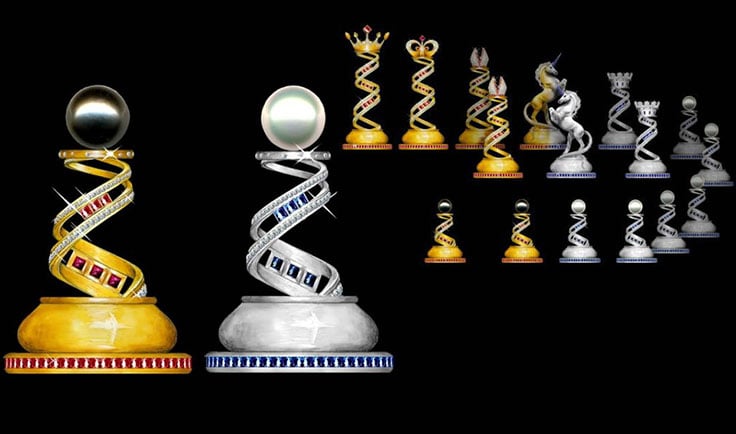 The chess sets on this list all have astounding amounts of jewels, gems, precious metals, and beautiful materials, but none come close to the cost of what would be the most expensive chess set on the planet. The Jewel Royale set is regal, meticulously styled, and glittering with a decadent amount of gold and gems. However, the buzz surrounding this chess set spun way out of hand when it was initially revealed.

When it was first announced a wave of misconception spread over the internet, and much of it still stands today. Bespoke jewelry design house Boodles worked with Jewel Royale to plan the chess set, and as a proof of concept one piece was created, the king. By itself, the 18 carat yellow gold piece inlaid with rubies costs $59,742. However, rumor spread that the king’s value was over $132,864 and the price for the entire set was calculated to be $9.8 million.

Boodles cleared up the confusion and noted that the entire Jewel Royale chess set is available to be made on commission for just $1,327,515. Since the set is made on demand, it takes about four months to complete and ship. 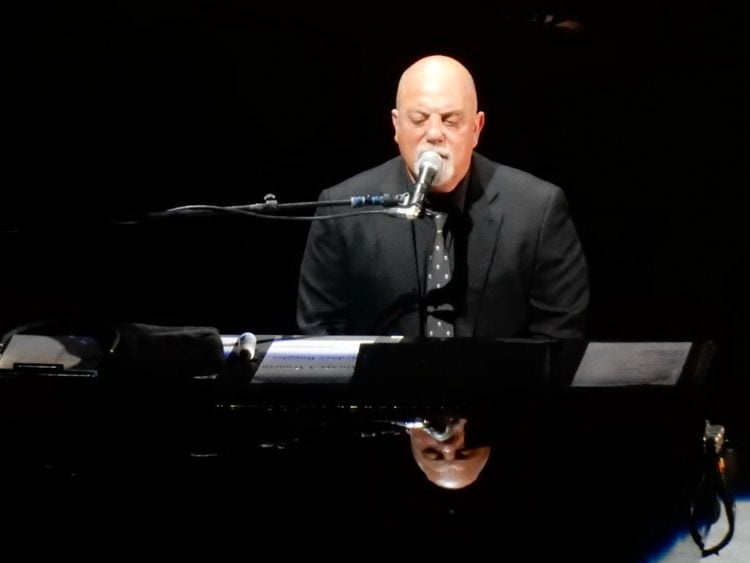 The Piano Man, better yet known as Billy Joel, is a billionaire musician known for his vibrant music and amazing piano skills. While he does his best on stage to help delight fans, he also… 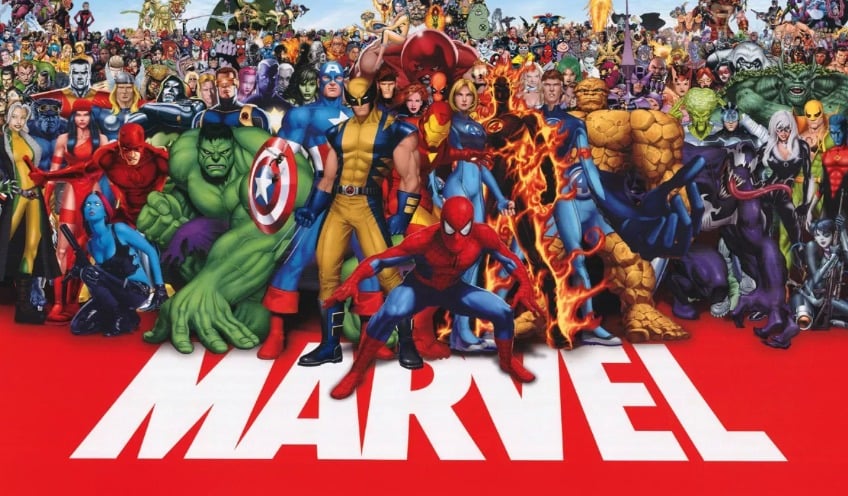 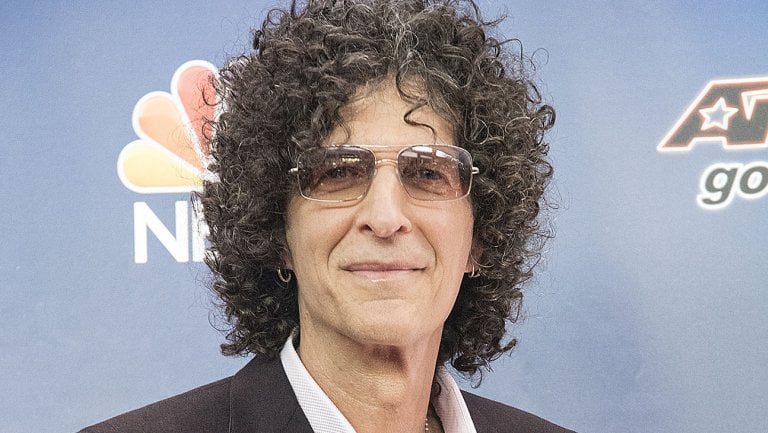 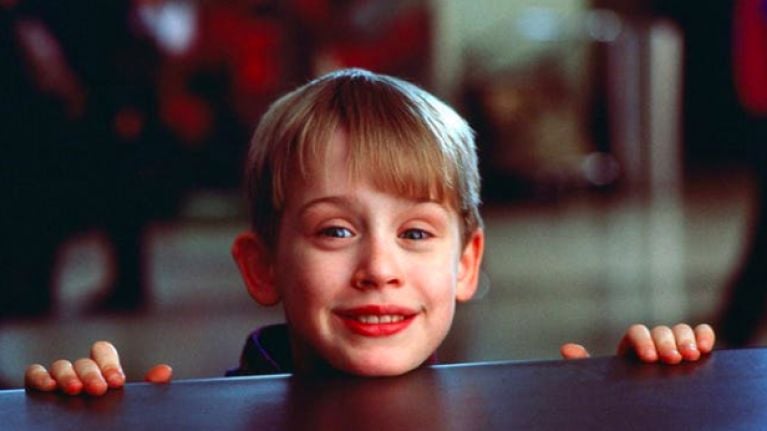