Home
Business
Entertainment
How Much is the Space Invaders Franchise Worth?
Prev Article Next Article 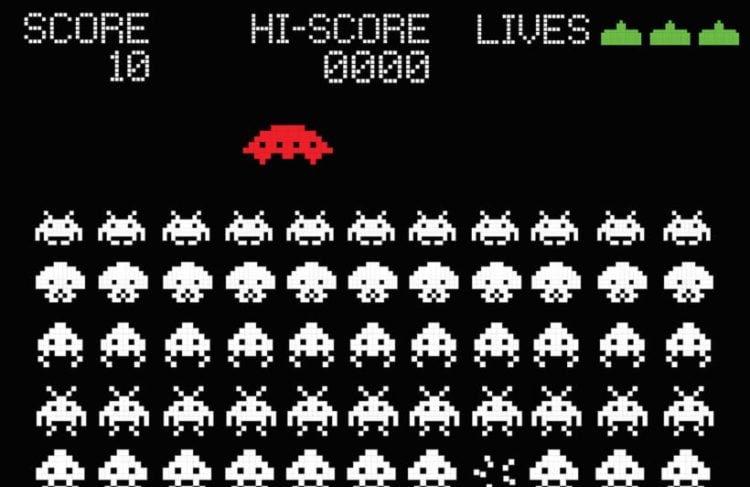 If you play video games, you’re probably quite familiar with the Space Invaders franchise. To be perfectly honest, you probably know a thing or two about the game even if you haven’t touched a video game console in decades. The truth is, this is a game that has maintained a tremendous level of popularity even though it’s a game that’s based on an extremely modest premise. Just as the name implies, it’s all about invaders from space coming right at you and you have to shoot them before they shoot you. Granted, it all sounds simple enough but you might be surprised to realize how much money the company that came up with the video game has made over the years.

It all started back in 1978. At the time, very few people had a game console but that would change within a matter of a few years. Space Invaders started out as a game that was played on the Atari gaming system, and to be frank, that was basically the only gaming system around at the time. Those initial games were a lot like all of the other video games that were turned out during the late 1970s and early 80s. It involved a lot of squiggly lines on the screen, coupled with muffled sounds but it was loads of fun. That first game that were released in 1978 was a hit, to be sure. From there, the company continued to produce more and more games and make a lot more money in the process.

Just four years after that first game was released, the company had already made billions of dollars off of this game alone. At the end of 1982, it was discovered that the company had made two billion dollars during that a single year, and it all came from Space Invaders. Obviously, the company was keen on making additional games because they realized that they could make money by expanding the Space Invaders universe. Expand it they did and they continue to do so, to this very day.

Now, some 40 years later, they’re still turning out new Space Invaders games, each one with its own unique little twist. As a matter of fact, the most recent one just came out last year and there’s no reason to think that more won’t be coming in the near future. If you’re wondering how much money the company has made off of the Space Invaders franchise, you might want to sit down because it could knock your socks off. To date, this is a franchise that has netted the company upwards of 100 billion dollars. It’s hard to believe that so much money could be made off of a single game franchise, but when you consider the popularity of these video games and the number of people that purchase them, it all starts to come into focus.

There’s no question that the original Space Invaders game put the company on the map. If it hadn’t been for that game and the success that followed it, there’s no telling where the company might be today. Thanks to this franchise, it’s still going strong and it’s making more money than most people could possibly imagine. Some people might be surprised that the franchise is still going strong after all these years. After all, it has been four decades. That being said, the company still makes money off of every release so it only makes sense to keep releasing new games.

Of course, things have changed a lot over the years. There are no more muffled sounds or squiggly lines.The games that are released today are just as advanced as any other video game, yet they somehow manage to retain some of that magic that comes from the early days of gaming when people played just for the sheer joy of it. When all things are considered, it’s really very easy to understand why the Space Invaders franchise has continued on when other popular franchises have gone by the wayside. Somehow, they managed to mix the modern-day video game with the nostalgia associated with the very genesis of the gaming movement. That special combination has made all the difference. It also makes it that much more exciting to see what types of games will be released next in this franchise. Nobody really knows exactly what might be coming in the future, but there is every reason to be excited for it because none of the games have disappointed anyone yet.