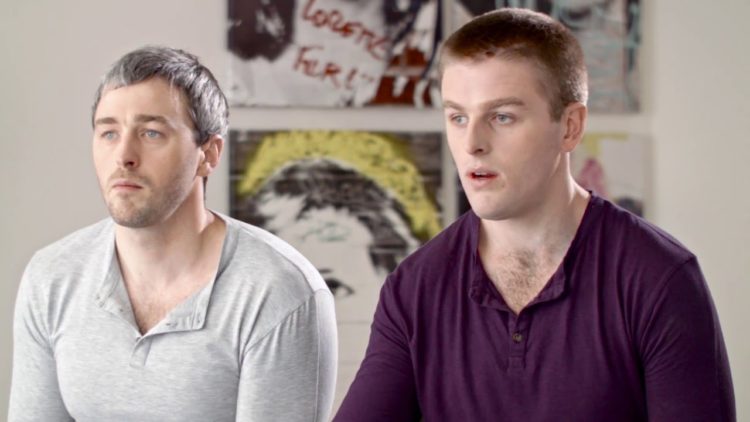 Two Blind Brothers is a clothing brand founded by two brothers named Bradford and Bryan Manning. Its clothing stands out because of the clothing brand’s focus on appealing to the consumer’s sense of touch, thus resulting remarkable products for both men and women. Furthermore, it is interesting to note that the profits of Two Blind Brothers do not go towards the Manning brothers but rather towards the search for a cure for blindness, which should appeal to people who want to support that particular cause.

How Did Two Blind Brothers Come Into Existence?

To understand Two Blind Brothers, it is important to understand something about its founders Bradford and Bryan Manning. In short, the two brothers were diagnosed with something called Stargardt’s disease when they were still children, which is particularly nasty because it isn’t well-understood at this point in time but destroys the patient’s vision gradually anyways. The two were still children when this happened, meaning that they didn’t understand the full scope of what their diagnosis meant, whereas their parents were devastated. Fortunately, their parents proceeded to provide them with plenty of support throughout their childhoods, which is what they credit for much of their success in life.

Eventually, Bradford became involved in private equity, while Bryan became involved in sales for both Oracle and S&P Global. Both of them faced challenges because of their visual impairment, with an excellent example of how reading something that would’ve been simple and straightforward for others would wind up costing them up to hours and hours of their time. However, the two persevered, with the result that they became successful enough to start up the clothing line called Two Blind Brothers using their combined expertise, experience, and other resources.

Primarily, there are a couple of things that enable Two Blind Brothers to stand out. First, since the Manning brothers have become so reliant upon the sense of touch because of their visual impairment, they go to considerable lengths to make sure that their products are pleasing to that particular sense. Something that can make for very soft and very comfortable clothing indeed. Second, the profits generated by Two Blind Brothers go towards pre-clinical research for curing blindness, which is a topic that is near and dear to the Manning brothers for obvious reasons.

With that said, it is interesting to note that the Manning brothers are doing this because they see hope in the fight against blindness. In their words, they see current research being at the metaphorical 5-yard line when it comes to curing blindness, meaning that they are hoping that the earnings of their business will contribute to the success that will bring medical research over that line. For what it is worth, the Manning brothers’ optimism does not seem to be unfounded, as shown by a number of fascinating advances that have been made in recent years. One excellent example is how progress is being made on bionic eyes that can see via external camera, which are still relatively crude but are nonetheless something that exists in the real world instead of being confined to the realm of fiction.

Summed up, Two Blind Brothers has a stand-out characteristic that makes its products interesting to a lot of consumers out there. Furthermore, it has a noble goal that is well-worth supporting. As a result, it is no wonder that has managed to catch the interest of a wide range of parties, including some rather well-known names such as Ellen Degeneres and Sir Richard Branson.

Due to this, Two Blind Brothers seem like they have the momentum to continue shooting upwards, which is a good thing. Partly, this is because their earnings will go towards a good cause that will help not just millions and millions of people living in the present but also potentially countless more people in the time to come. However, it should also be noted that the Manning brothers stand as clear examples that people with visual impairments are not incapable of becoming hugely successful so long as they receive the right support from others. As a result, it will be interesting to see whether anyone in the future will be inspired by their story to pursue their own goals and ambitions.