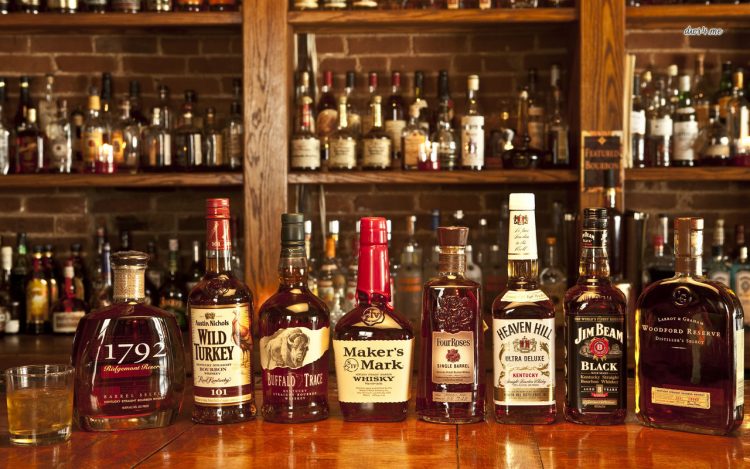 Whiskey has an interesting history and it’s always been valuable for one reason or another. In 18th century America it was the preferred currency among Pennsylvania residents, and today some people would rather have Whiskey than gold if given the choice. Some of the most expensive bottles of whiskey ever made don’t cost a ton due to their quality and taste, but because of the vessels containing it.

From the finest premium whiskey to that bottled in extravagant decanters, here are the 10 most expensive bottles of whiskey that money can buy. 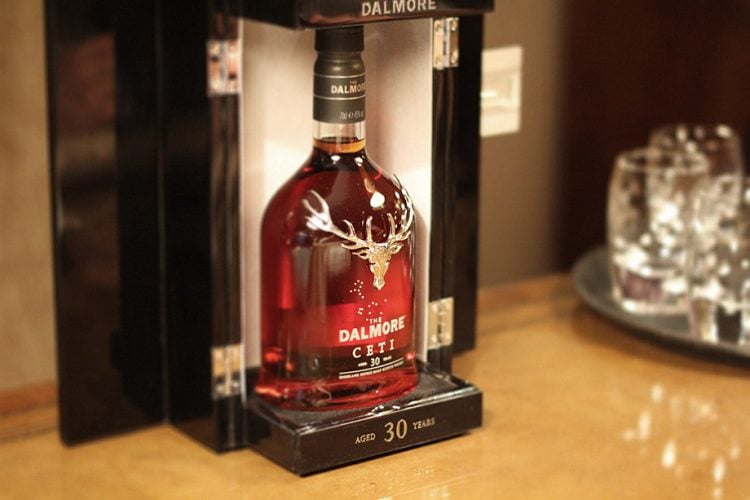 Alexander Matheson built what would become the legendary Dalmore Distillery back in 1839. In 1942, this particular Scotch whiskey was released by Dalmore to honor Matheson. Just 12 bottles were made, which is part of what makes the Matheson 1942 Dalmore Scotch so expensive. Inside is an exquisite whiskey that’s bold and unlike any other. You’ll have to find this one at a private collector’s auction, and if you do expect to pay $58,000 or more. Glenfiddich 1937 is a very rare single malt Scotch whiskey with interesting, rich notes of molasses, chocolate, cedar, burnt heather, and oak. Its composition is exquisite, and this particular vintage was drawn from a cask that was made in 1937, hence the name. That same cask has been cared for by generations since, and the Glenfiddich 1937 still stands as an example of one of the best whiskeys in the world. In the nearly 80 years since the Glenfiddich 1937 was made. Only about 60 bottles remain and all can only be found at auction.

The handful of people who own Glenfiddich 1937 typically don’t dare to drink it. However, those who have thrown caution to the wind and indulged have described the bronze colored whiskey as being quite remarkable. The highest price that Glenfiddich 1937 has fetched at auction is $71,000, which occurred in 2012. 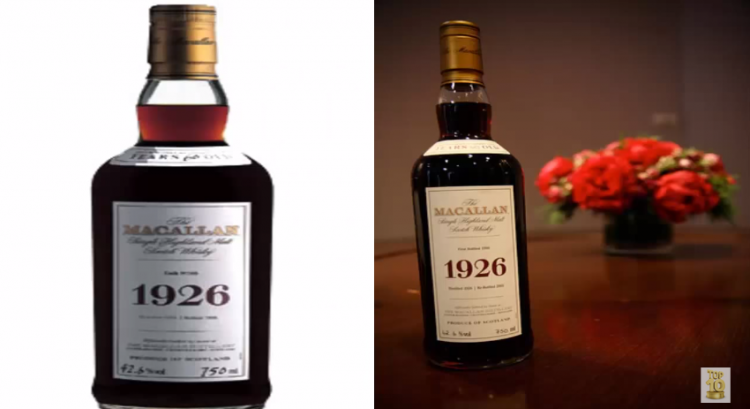 Springbank 1919 is one of the few bottles of whiskey that’s more than 50 years old that you can buy online. One prestigious retailer, The Whiskey Exchange, has it and will ship it to your front door. You’re much more likely to find it at auction, and you’ll probably have no luck seeing it at your local wine and spirits store. At one time, Springbank 1919 was listed in the Guinness Book of Records as being the most expensive whiskey in the world. As you’ll see on this list, that has changed. What hasn’t changed, however, is the fact that Springbank 1919 is one of the most coveted whiskeys on the planet. 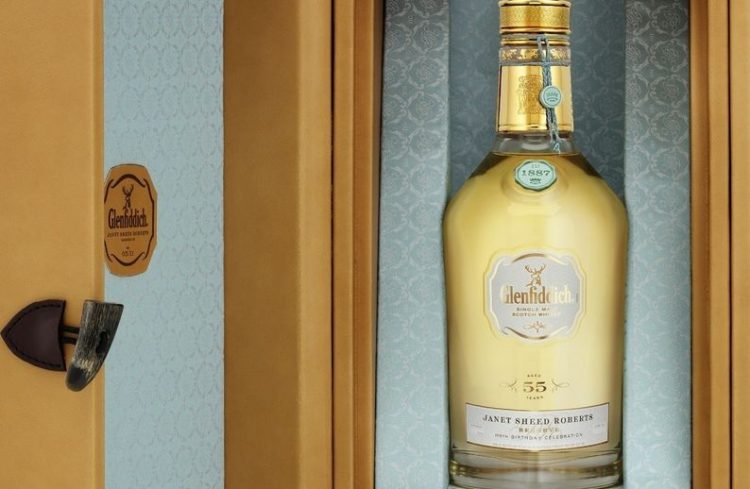 A bottle of Glenfiddich Janet Sheed Roberts Reserve 1955 sold at a New York auction for $94,000 in 2012, which makes it one of the most pricey bottles ever sold. Whereas other bottles of whiskey derive their value from their decanters, this whiskey is so expensive because of its rarity. The taste of this whiskey has also contributed to its value, and it’s been described as having a heavenly flavor comprised of barley, pear, and heather.

Just 11 bottles of Glenfiddich Janet Sheed Roberts Reserve 1955 were made, and the name comes from Janet Sheed, who was the granddaughter of Glenfiddich founder William Grant and lived to be 110 years old. Sheed was the oldest woman in Scotland when she passed away in 2012. Dalmore 64 Trinitas is a blend of some of the distillery’s most special and rare vintages. It contains whiskies from 1939, 1926, 1878, and 1868. As one would guess, not much is left of whiskey dating back over a century, which is why just three bottles of Dalmore 64 Trinitas were made. Just one is available for direct sale, and there’s no telling what happened to the other two. Perhaps, they were savored by their owners. It’s more likely, however, that those bottles of Dalmore 64 Trinitas will eventually show up at auction for much more than their purchase price. 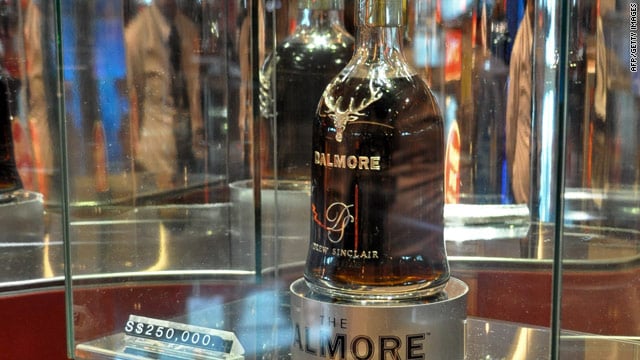 Another super rare Dalmore whiskey is the Dalmore 62. Like the Dalmore 64 Trinitas, it has whiskeys that are more than a century old, dating back to the mid-19th century. The wooden mold used to create its decanter took over 100 hours to hand craft, and the platinum and crystal decanter that holds Dalmore 62 is part of why it costs a quarter million dollars. This bottle of Macallan whiskey ushers in the bottles that are largely valued due to their decanters. The Macallan 64 in Lalique Cire Perdue was last seen at auction in 2010 when it fetched $464,000. The drink itself is comprised of three different whiskies aged in Spanish oak barrels from 1942, 1945, and 1946. The crystal decanter is unique, unable to be found anywhere else, and was designed and fashioned by iconic French glass maker Lalique. One of the kings of old and expensive whiskies is The Macallan M. It last sold at an auction in Hong Kong for $628,205. Yes, the whiskey itself is a rarity and highly valuable. The vintages used range from about 25 to over 75 years old, and each was aged in Spanish oak. However, the decanter that houses The Macallan M is made of handcrafted crystal and was designed and created by a group of 17 expert crafters. It’s a 6 liter bottle that is not at all easy to find, and as the years go on it will only increase in value.

Let’s get this out of the way: Isabella’s Islay’s value is all tied up in its decanter, which contains 8,500 diamonds, 300 rubies, and exquisite white gold. Put water in the bottle, and it will still be worth over $6 million.

As far as they whiskey goes, it’s one of the finest that money can buy, decanter aside. Isabella’s Islay is the epitome of luxury Scotch whiskey, and even without a diamond and jewel encrusted bottle it costs a ton of money on its own.