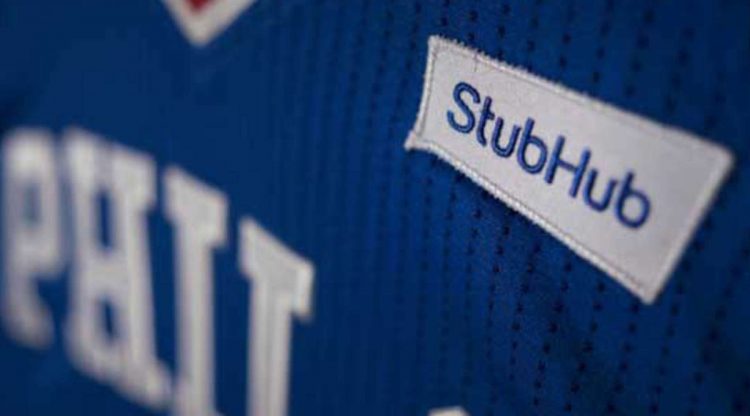 Sponsored jerseys in the National Basketball Association (NBA) have officially made their debut. The ticketing platform StubHub is now going to be the first brand that will ever be featured on a team jersey for the NBA. The Philadelphia 76ers jerseys are going to be more or less the way they were before, but they’re now going to feature a StubHub logo in the top left corner of the jersey. This is going to be a case of permanent third-party branding, which was banned by the National Hockey League, the National Football League, and Major League Baseball. However, it looks like the deal between StubHub and the NBA has truly set a new precedent for American sports, and there’s no telling how long it is going to take other sports leagues to follow in the footsteps of the NBA.

The Revenue From StubHub

The idea that a major online company would once serve as a tremendous source of revenue for a sports team would have been laughable twenty years ago. Today, it’s a symbol of the cultural shift that has been happening for a generation now. The deal between the Philadelphia 76ers and the StubHub company is going to last for three years, and it will start in 2017. Both groups signed off on the deal for a total of five million dollars annually. The NBA can expect to get around $15 million from this deal, which is ultimately going to benefit everyone from the managers to the fans, at least in this regard. Half of the revenue generated from this deal is going to go to the teams themselves, and the other half will go to all of the individual players in an even distribution.

Teams may be able to afford better players, and they may be able to make the upgrades that would have been financially impossible otherwise. However, many fans are going to feel like this deal and the deals like it are going to let them down in the long run, and it’s too early to tell whether or not they’re right about that.

It should be noted that while this situation is unique to American sports, at least at this point, it has become standard in Europe and in other countries where football, or soccer, is popular. Soccer players have had logos on their shirts for a long time all over the world. The first uniform kit sponsorship occurred as early as 1973 with the West German team, Eintracht Braunschweig. The sports club in question was able to receive five hundred thousand Marks over the course of five years, which isn’t so different from what the Philadelphia 76ers are receiving today when the figure is adjusted for inflation and differences in currency.

The sports fans have gotten used to it by this point, and the situation hasn’t chilled their enthusiasm for soccer in general. Soccer teams all over the world have had all sorts of colorful sponsorship by this point in time. Online casinos sponsoring soccer teams in Europe and elsewhere has become nearly standard for the industry, to the point where the fans barely even comment on it anymore. Since the economic problems of 2008, which have still not entirely resolved themselves, sports teams all over the world have needed new revenue streams. It isn’t surprising that the Philadelphia 76ers have conducted this deal now, and that soccer teams all around the world are making similar deals now.

When soccer fans first started seeing that online gambling companies were sponsoring their beloved teams, they reacted with shock and some anger as well. However, these days, they’re more or less used to it. American basketball fans may start to go through the exact same transition as they start to get used to the StubHub logos on the iconic basketball jerseys of their favorite teams. As such, none of these sports teams are really going to cost themselves all that much in terms of the attention and esteem that they get from their fans, at least if the history of sports all over the world is anything to go by in most cases. Sports fans are used to the fact that their teams are going to need outside sources of revenue, and they should be able to learn to accept jersey sponsorship just as they have learned to accept almost everything else.

StubHub and the Philadelphia 76ers

The Philadelphia 76ers CEO Scott O’Neil has already said that the brand for StubHub and the brand for the Philadelphia 76ers are now connected. While he says this in an optimistic manner, some people are going to be less than enthusiastic about the fact that people are going to associate these two companies together. Some people might also be worried about the fact that one of their favorite teams is now completely dependent on a jersey sponsorship.

The Philadelphia 76ers is obviously not completely dependent on their association with StubHub by this point, and they do have other sources of revenue. However, as the association deepens, the suspicions and concerns of the fans may be confirmed.

StubHub is in a great position. This is a company that will now manage to market its brand towards an audience that is going to be very receptive to its products and everything else that it has on offer. However, StubHub is not yet a household name in the manner of the Philadelphia 76ers themselves. The jersey sponsorship is going to change that situation, possibly overnight.

Naturally, this is only going to cause the StubHub company to feel that it should spend more money on a sponsorship that has obviously worked wonders for it, and this might encourage StubHub to increase its association with the Philadelphia 76ers team further. People might start seeing the logos for StubHub in more places than just the jerseys of the players.

The Implications for the Future of Sports

Some people see jersey sponsorship as a sign of desperation for the sports teams of today. They look around and they see sports teams needing sources of revenue that would never have been necessary before, and they’re concerned with what this means for many of their favorite teams. Americans have usually become jaded by the corporate sponsorship of nearly everything, but many people have a strong emotional connection with their favorite teams.

It is true that the NFL in particular has faced a lot of financial problems over the years, and some sports commentators are worried about the fact that so many football players are retiring in their prime. The fact that the NBA has had to take a sports jersey sponsorship might be part of this same trend. The NFL is probably going to resort to similar techniques in order to earn some extra money if they really are in trouble. The fact that the NBA has paved the way for them may actually help these teams, since at least they’re going to stay in business. Still, changes like this should not be dismissed as trivial from either a business perspective or a cultural one. 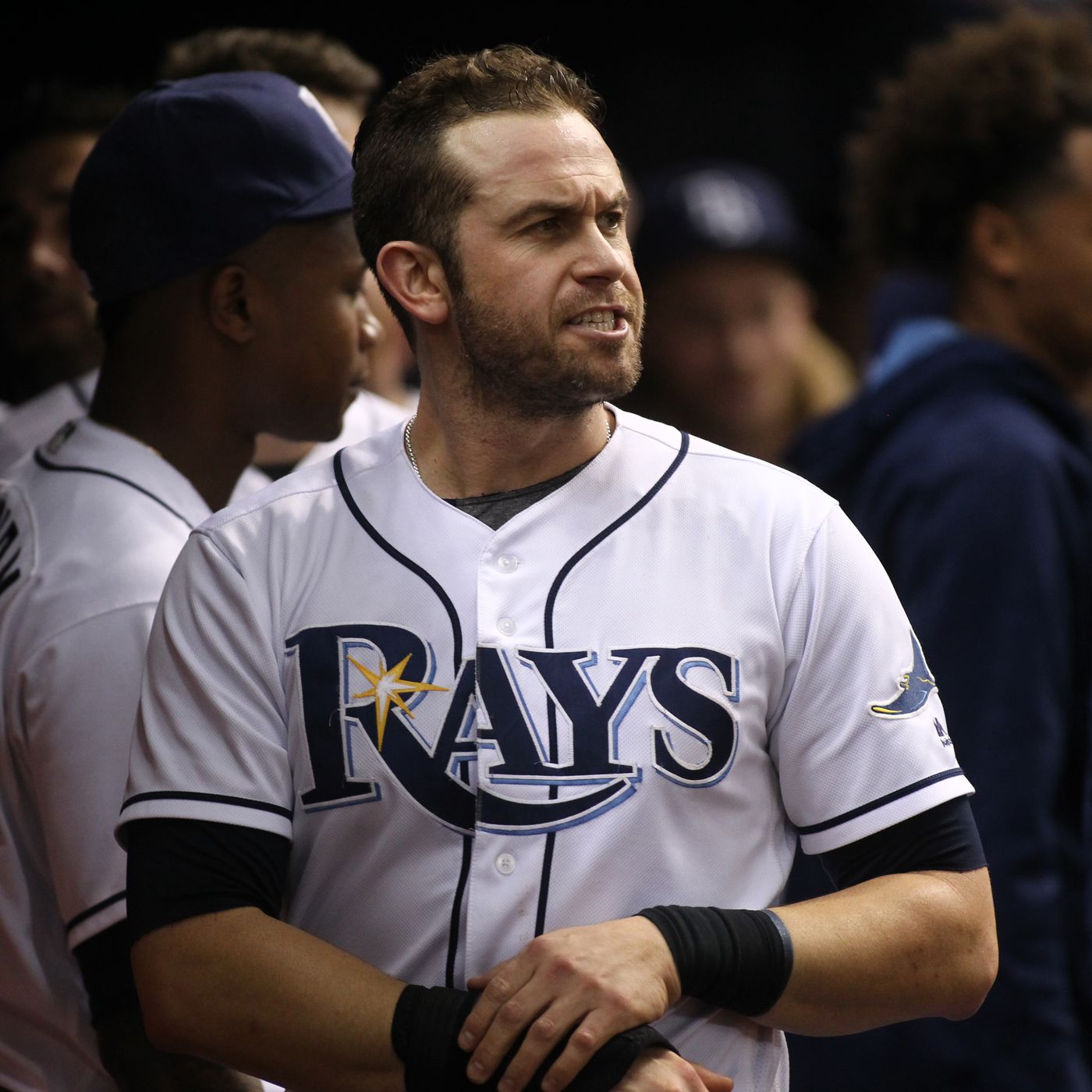 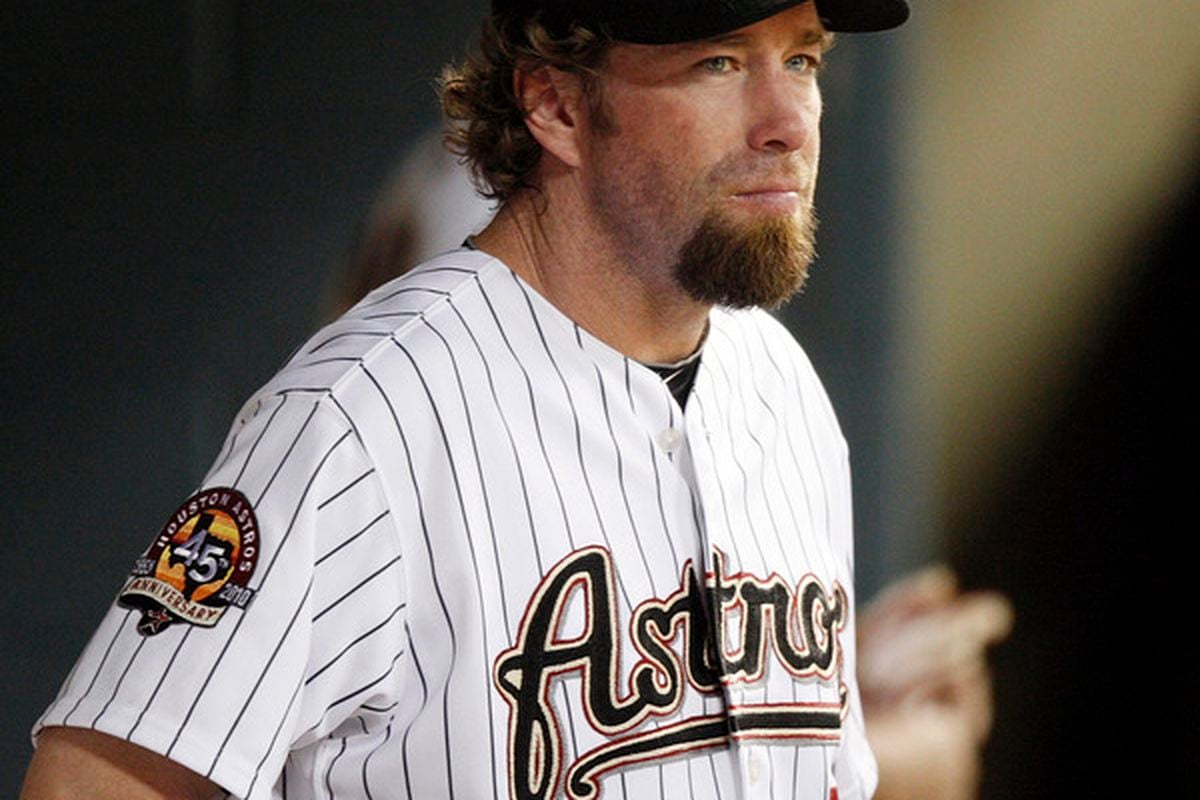 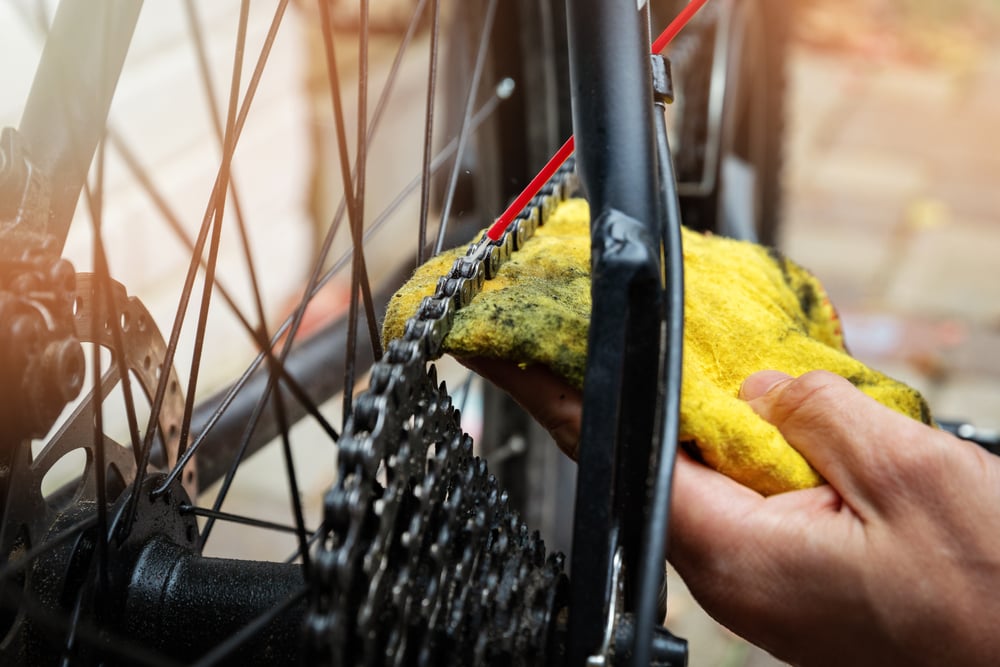 When it comes to bicycle maintenance, the chain is the most neglected part. If you asked some cyclists when they last oiled their bicycle chain, they wouldn’t be able to tell you. They fail to… 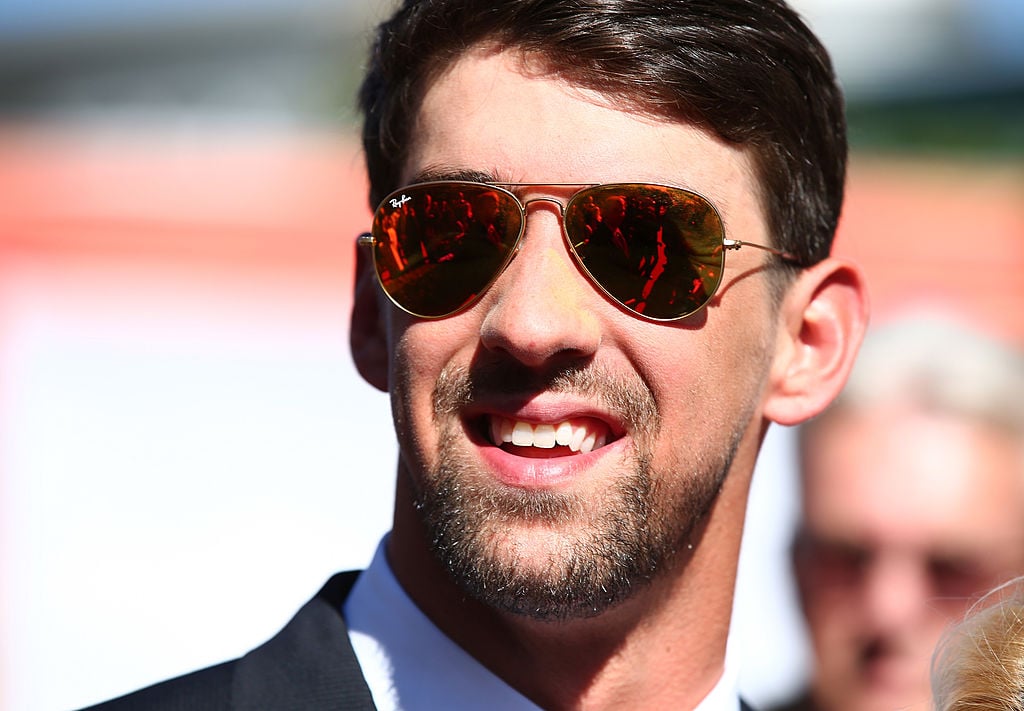 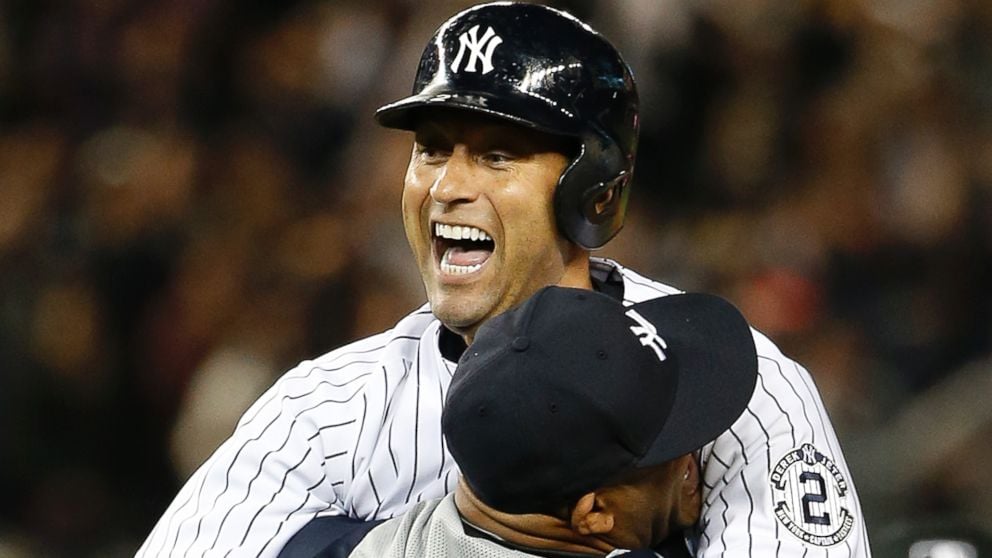 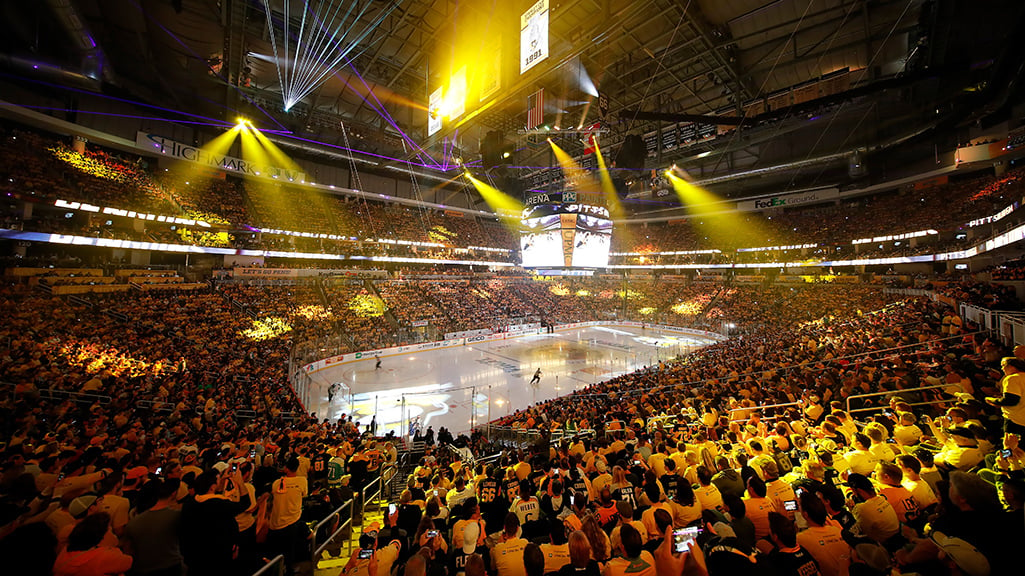