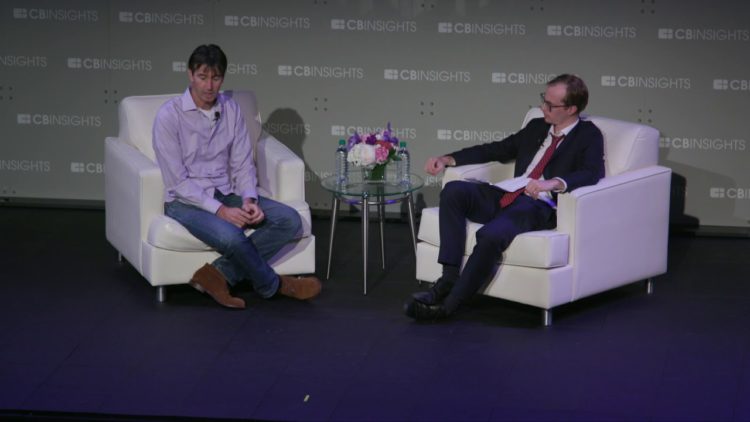 Guy Goldstein is the CEO of Next Insurance. For those who are curious, Next Insurance is an online insurance provider that specializes in providing business insurance for small businesses.  If you want to learn more about its CEO, we’ve compiled a list of 10 things you might not know about him:

Goldstein is Jewish. In short, it is interesting to note that Ashkenazi Jews didn’t start using last names until the 18th and 19th centuries when European governments started forcing them to do so. However, when they started using last names, they chose last names in much the same manner as their counterparts throughout the rest of Europe. For example, a lot of people chose to use either a patronymic, a matronymic, or the name of their place of residence. Likewise, a lot of people chose to use their profession, as shown by how the name Goldstein would have been used by a goldsmith.

Speaking of which, Goldstein is bilingual, with the two languages being English and Hebrew. The latter is interesting in that it stopped being used as a language for vernacular purposes between 200 and 400 AD, though it managed to survive because of its poetic use, its religious use, and its commercial use for transactions between Jewish communities. It wasn’t until the 19th century that Hebrew saw a revival because of the Zionist movement.

Education-wise, Goldstein went to Tel Aviv University, which can be found in said city. Tel Aviv University can claim the honor of being the biggest university in Israel as well as the biggest Jewish university that can be found in the entire world. On top of that, it enjoys a good reputation even on an international basis, which is no mean achievement considering the sheer number of schools that exist out there.

Subject-wise, Goldstein studied business as well as computer science. Business is something that can be paired well with a very wide range of subjects. However, it pairs particularly well with computer science. Partly, this is because there are numerous opportunities for tech companies, and partly, this is because businesses have become more computerized than ever before.

5. Served As a Fighter Pilot

For a time, Goldstein served as a fighter pilot in the Israeli Air Force. Unsurprisingly, there are very demanding requirements for such positions. For example, interested individuals need good results in a suitable field in the sciences. Likewise, interested individuals need to meet the physical conditions, which are both numerous and wide-ranging in nature. One example would be how they can’t be either too tall or too short, while another example would be how they can’t have any eye problems whatsoever.

There was a time when Goldstein was in R&D. In fact, he has a patent from the period, which was handed out for a system that collects information about a server’s performance before analyzing it to produce useful insights. Over time, he rose up the ranks, with the result that he started taking on more and more of a leadership role in this regard.

7. Spent Some Time in Mergers and Acquisitions

Later, Goldstein became involved in mergers and acquisitions. Generally speaking, this tends to be a pretty challenging process to say the least.To an extent, this is because mergers and acquisitions are very expensive, meaning that there is a huge amount of pressure because of what is riding on their success. However, the main problem is that it is very difficult to combine two different organizations with two different ways of doing things in a manner that will enable the resulting whole to be more than the sum of its parts, not least because of the sheer range of problems that can come up. To name just one example, consider the complexities of harmonizing two different company cultures, which can have an enormous influence on just about everything that a business does when it comes to its revenue-earning operations and beyond.

It is no exaggeration to say that Goldstein had plenty of relevant expertise and experience by the time that he chose to found a mobile payment company called Check. Said company managed to prove to be a success, as shown by how it was bought out by Intuit for $360 million. Following this, Goldstein went on to co-found Next Insurance, which he now runs as its CEO.

9. Believes In the Importance of Focus For Start-ups

Goldstein has voiced his belief in the importance of focus for start-ups. Basically, he thinks that start-ups should be very, very careful when it comes to expanding beyond their core product or service, which makes a fair amount of intuitive sense. After all, every new product or service means entering another market. Something that cannot succeed without an enormous investment of time, effort, and other limited resources. Naturally, the consumption of those limited resources has to happen at the expense of something else, which is a real problem when the very nature of a start-up means that they have a unstable foundation even when it comes to their core product or service. As a result, it isn’t exactly hard to see how a start-up that becomes too ambitious in this regard could wind up losing the bird in hand when making an unsuccessful attempt at the other birds in the bush.

10. Believes that Even “Solving” a Single Product or Service Isn’t Simple

On a related note, Goldstein believes that even “solving” a single product or service isn’t a simple matter. This is wholly unsurprising because there is always room for improvement in the real world, meaning that even if a business is doing fine in a single regard, it should still be putting serious effort into maintaining a state of continuous improvement. On top of that, the business environment is always changing, meaning that businesses need to continue moving forward just to stay in place. Never mind actually making gains at the expense of their rivals.