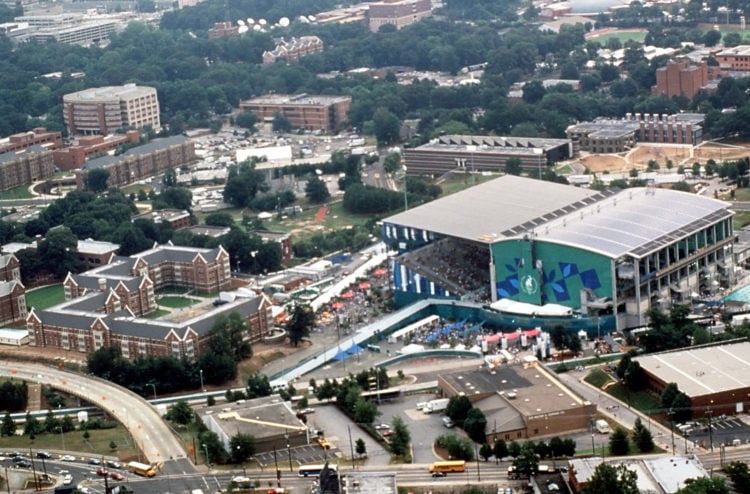 The Georgia Institute of Technology is also known as Georgia Tech. This prestigious American research university is headquartered in Atlanta Georgia. There are also several satellite campuses located throughout the world with locations in Singapore, Shenzhen, China, Athlone, Ireland, Savannah, Georgia and in Metz, France. There is a lot of competition for gaining admission to the university as the acceptance rate is just 26 percent of the applicants, with a high graduation rate of 82 percent. Some of the most notable professionals in business are Georgia Tech alumni, and here are the top 20.

Dean Kamen is one of the most famous Georgia Tech graduates in the world of inventions. This businessman, inventor and entrepreneur is well known for his many inventions, including the insulin pump AutoSyringe, as well as a compression system, and many other important innovations. He is also the inventor of the Segway. He founded the Deka company which specializes in the production of solar power inventions as well as the Deka Arm System which is a prosthetic arm that allows for finer motor control than the traditional prosthetics.

Cecil B. Day attended Gerogia Tech, where he studied Industrial Management. He went on to become the founder of the Days Inn Hotels chain in 1958. He was a successful entrepreneur and was also a philanthropist. His life was cut short and at the young age of just 44, he passed away from cancer, but not before making his mark in the hospitality industry.

Gil Amelio is an entrepreneur, computer scientist and engineer who graduated from Georgia tech in 1965. Mr. Amelio is the CEO emeritus of National Semiconductor and Apple, as well as an IEEE Fellow. He also worked at Bell Labs, and at Rockwell International. The Miami Florida native earned his bachelor’s master’s and PhD degrees from George Tech in physics and went on to accomplish great achievements in the business world. He became the chief executive officer of Apple in 1996. He is also a venture capitalist and also served as CEO of Advanced Communications Technologies where he developed a wireless communications product called SpectruCell. He also served as a senior partner at Sienna Ventures, as well as securing 16 patents for his inventions.

Mr. Allen is an alumni of Georgia Tech who went on to become the president, chairman and CEO of Delta Airlines for a decade from the late 1980s through 1997. He also served as the CEO and chairman of Aaron’s Inc. until 2014. He has also been a director at the Coca Cola Company as well as director for Guided Therapeutics Inc., Forward Air Corporation and Aircastle Limited.

Dennis Hayes is a notable Georgia Tech alumni who went on to found Hayes Communications, which is one of the first PC modem development companies. He also serves as the president of the Bullitt Foundation, which in involved in sustainability models for a rapidly urbanizing planet. He was the organizer in charge of the first national Earth Day and he chairs the board of the international Earth Day Network. He also went on to become a professor, as well as the director of SERI, under the Carter Administration.

Mr. Iacobucci graduated from Georgia Tech in 1975. He is the co-founder of Citrix Systems and serves as the chief operating officer and president of DayJet. Ed is a native of Buenos Aires, Argentina and is the son of a biochemist who immigrated to the United States in 1960. He earned his B.Sc in Systems Engineering from Georgia tech, then started his career in 1979 with IBM. He eventually became responsible for leading the team who developed the IBM DOS and OS/2 systems.

Mr. Betty attended the Georgia Institute of Technology where he studied in the chemical engineering program. He earned his bachelor’s degree in 1970. He started his professional career with the IBM corporation and received the President’s Excellence Award for his work on IBM”s personal computers. He joined the Earthlink company in 1996. Mr. Betty worked his way up and served as the CEO an President of Digital Communications Associates, Inc and he is also distinguished by becoming the New York Stock Exchange’s youngest CEO.

Charles Moorman earned his degree from Georgia Tech in 1975. He went on to build a successful career in the business world. He is the former CEO of Norfolk Southern, and he currently serves as the CEO of Amtrak. He has also served on several boards of directors in the engineering and nature conservancy arenas as well as serving as the audit chair for a Chevron committee.

Robert Milton is a Georgia Tech alumni who became a founding partner of Air Eagle Holdings as well as an independent commercial aviation consultant to British Aerospace. He served as the president and CEO of ACE Aviation Holdings, Inc., as well as a managing partner of FIER CPVC Montreal L.P. He also served as the president, chairman and CEO of Air Canada.

James attended Georgia Tech and earned his degree in 1957. He is the co-founder and general partner of RRE in 1994. He also served as the CEO and chairman for the American Express company until 1993. He is currently a director of the Coca-Cola Company since 1975. Prior to this he was a director of the On Deck Corporation as well as serving in this capacity for NerdWallet, AvantCredit, Concur, Business Insider, Bristol-Myers Squibb, and Novell.

Mr. Lacy is a Georgia Tech alumni who would become the last Sears, Roebuck and Company CEO and chairman. He assumed the helm in 2000. Prior to this, he was a CFO or the Philip Morris company. He also served as a financial analyst for Holiday Inns, Dart and Kraft and as director of corporate finance for the Minnetonka Corporation, then serving as the vice president of Kraft General Foods.

George W. Woodruff attended Georgia Technical Institute and became an alumni who would go on to do great things in the business world. He was an engineer who co-founded the Xiaomi company in 1991 and served as the vice president of the company. He was a generous philanthropist who supported Emory University and Georgia Tech with donations, and the school of mechanical Engineering at Emory bears his name.

J. Paul Raines is a native of Costa Rica, but grew up in the state of Georgia. He earned his bachelor of science degree from Georgia Tech in 1985 in industrial engineering. He became the COO of GameStop in 2008, and was promoted to CEO in 2010. He also served as a board member for Advance Auto Parts and was a leader at LL Bean, Home Depot and Kurt Salmon Associates. He passed away from brain cancer in March of 2018.

M. Garrett was a graduate of Georgia Tech’s class of 1955. He went on to establish a very successful career in the airline industry. He started out at delta Air as an attendant at the ticket counter. He worked his way up in the company and sent 41 years with the company, becoming the CEO in 1978, and he served in this position until 1987.

Darryl D. Dingram was a member of the Georgia Tech graduating class of 1969. He became and inventor and successful businessman. He founded Speed Uno and he also founded and served as CEO of th Math Room.

Joe Rogers, Jr. was a member of the graduating class of 1968 at Georgia Tech. He became a successful business executive who enjoyed a long career as the CEO of Waffle House and he also served as the president since 1973 He is also a trustee at Georgia Research Alliance, Georgia Tech Foundation and GRA Venure. He previously served as a director of American Business Products, Inc.

Mr. Brock is among the most distinguished alumni of Georgia Tech in the engineering program. He went on to establish a dynamic and successful career in the business world. He started out at Procter & Gamble, then was recruited to head the technical and operational functions at Cadbury Schweppes in North America, serving as their president of the international beverage division in 1988 as well as the Cadbury Euroopean Beverages division. He eventually became the chief operating officer and was named Executive of the year in the Beverage industry. He then became the CEO and Chairman of Coca Cola European Partners. He also served as director of the Campbell Soup Company, the Dow Jones & Company, as well as Reed Elseier PLC..

W. Frank Blount is a member of the Georgia Tech class of 1961, earning his BS/EE. He is a native of Australia who became highly successful in the business world and he became the chief executive officer of Telstra from 1992 through 1999, where he also served as director. He has also served as the CEO and chairman of the JI Ventures, Inc, venture capital firm, and the former CEO and chairman of Cypress Communications, Inc. He also held executive positions in TTS Management Corporation from 2004 though current and served as the AT&T Group President from 1988 through 1991. Mr. Blount served as a member of the board for ADTRAN, Alcatel, Alcatel-Lucent, BHP, Caterpillar, Cypress Communcations as chairman, Entergy, Hanson PLC, iTracs, Kellogg, Brown and Root, National Australia Bank, Telstra and Techniche. He also authored the book, “Managing in Australia” in 1999.

Mr. Hazard E. Reeves attended Georgia School of Technology and graduated with his bachelor’s degree in engineering in 1928. He was a native of Baltimore, Maryland. Mr. Reeves was the man responsible for introducing magnetic stereophonic sound for motion pictures. He was a pioneer in the sound and sound electronics industry. He went on to become the president of more than 60 companies through his long and successful career in the motion picture industry, and one of them was Cinerama, for which he was best known. He passed away on December 23, 1986.

Gary C. Butler studied at the Georgia Institute of Technology where he earned his Bachelor’s of Industrial Engineering degree in 1968. He continued his education at the University of Georgia where he earned his master of business administration degree. Mr. Butler enjoyed a 29 year career at Automatic Data Processing where he worked his way up with increased responsibility in thee company, to become the chief executive officer. Prior to that he was the Chief Technology officer for the Infogain Corporation. He was also a manager as well as executive, eventually for ADP in the 1970s. He also sere as director for several different companies and organizations including the American Heart Association, Liberty Mutual Holding Company, Inc, the Liberty Mutual Group, DeVry, Inc, CIT Group, Inc as well as CIT Holdings, LLC, Careerbuilder, Inc, and Convergys Corpiration. He is also Trustee for the Gary C. Butler Charitable Family Foundation.