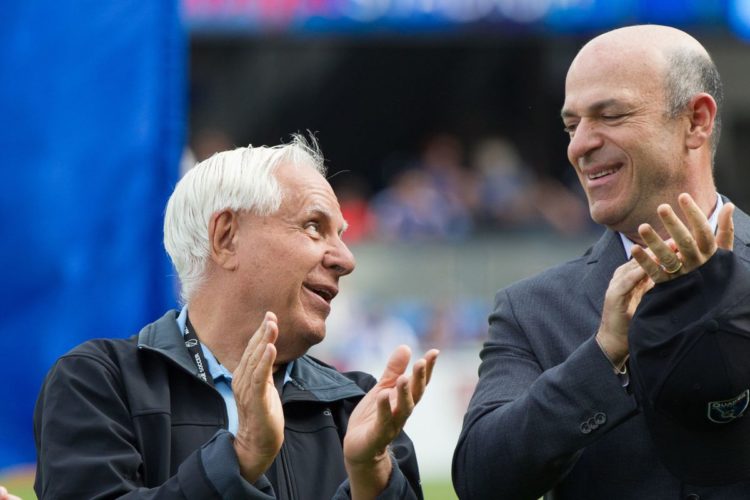 John J. Fisher is the American businessman who owns the Oakland Athletics. Besides this, some people might recognize his name because he is one of the three sons of Donald Fisher and Doris F. Fisher, who were the co-founders of Gap Inc. Here’s what you don’t know about this successful businessman.

Fisher is one of the sons of Doris Feigenbaum Fisher and Donald Fisher, who were the ones who co-founded The Gap in 1969. For those who are unfamiliar, the two were like a lot of entrepreneurs in that they started up their retail business when they noticed a problem that needed fixing. To be exact, Donald Fisher noticed that most department stores carried a limited selection of sizes and styles for Levi’s jeans, which is why The Gap was proposed to Levi’s as a single place that would carry all of their sizes and styles at the same time.

2. His Middle Name Is Meant to Honor a Pediatrician

When Fisher was born, he had a yellowish complexion that was apparently caused by the fact that the blood produced by his body wasn’t compatible with the blood that he received while he was still in his mother’s womb. He managed to make it through the health scare, not least because of the help of medical professionals such as a pediatrician named Dr. Joseph Kushner. The J in Fisher’s name stands for Joseph, which is meant to honor said individual for helping to treat him.

3. Went to Both Princeton University and Stanford University

It is interesting to note that Fisher went to the same schools as his brothers when it came to his post-secondary education, meaning that he went to both Princeton University and Stanford University. Subject-wise, it should come as no surprise to learn that he winded up focusing on business, as shown by the fact that he holds a Master of Business Administration degree from Stanford University.

Salespeople have been known to use a wide range of sales methods to convince their targets to buy whatever it is that they are selling. However, one of the most common would be sheer persistence, which can be very irritating but nonetheless very effective. Something that is particularly true when the target can’t just walk away from the salesperson. Amusingly, Fisher was nicknamed Harpo by his parents because he would harp on them until he managed to get whatever it was that he wanted in the first place.

4. Spent Some Time Working For Republicans

Politics-wise, Fisher supported Republicans. In fact, when he graduated from Princeton University, he actually spent a fair amount of time working for various Republicans in various ways. Initially, Fisher worked in the mailroom for the Republican National Committee. However, it wasn’t too long before he switched over to being a fund-raiser for Ronald Reagan and then George H.W. Bush.

5. Had No Problems with Using His Father’s Name to Get Donations

Considering Fisher’s relentlessness when it came to convincing his own parents, it is perhaps unsurprising to learn that he has said that he was “ruthless” when it came to fund-raising as well. Apparently, his initial efforts were met with the usual responses, which is to say, not very encouraging by any standard. However, Fisher started using his father’s name to start opening doors soon enough, which produced a much, much higher success rate.

6. One of His Investments Came Under Criticism By Environmentalists

With that said, the incident with the timberland was very much the exception to the rule. In part, this is because Fisher isn’t very interested in seeking out the spotlight but instead prefers to keep a low profile. He hasn’t reached the point of being notorious for refusing to give interviews and otherwise refusing to engage with the public in said manner, but he is definitely one of those business figures with a notable lack of enthusiasm for such activities.

8. Convinced His Family to Buy an Ownership Stake in the San Francisco Giants

The Oakland A’s aren’t the first sports team that the Fisher family has had an ownership stake in. After all, it used to have an ownership stake in the San Francisco Giants, which was apparently something that Fisher had pushed for. In short, what happened was that Fisher was convinced to work with others to keep the San Francisco Giants in San Francisco, which was followed by him convincing his father to participate in the buy so long as he was responsible for overseeing the Fisher family’s involvement in the matter.

9. Owns Most of the Oakland A’s

In time, Fisher sold the ownership stake in the San Francisco Giants so that he could pick up the Oakland A’s. In 2016, Lew Wolff sold his 10 percent ownership stake in the team to the Fisher family, which was already in possession of about 80 percent at the time. Besides this change in ownership, Wolff also transitioned out of his role as the managing partner, having since been replaced by Fisher in said role.

10. Has Ownership Stakes in Other Sports Teams As Well

The Oakland A’s aren’t the sole sports team that Fisher is interested in. Besides it, he has ownership stakes in both the San Jose Earthquakes and the Glasgow Celtic football club.