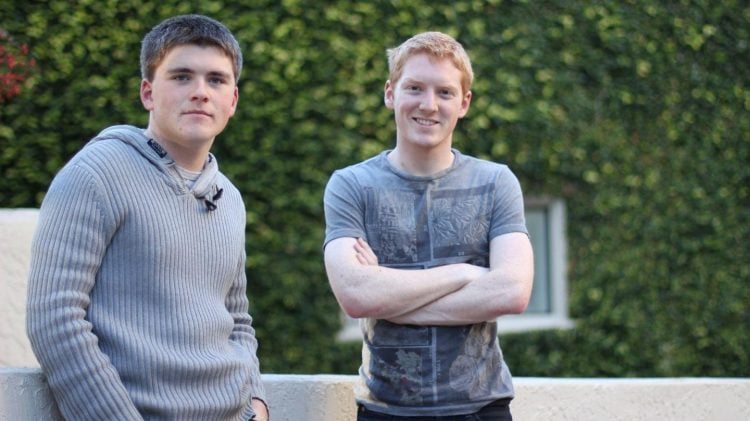 There are some people who have not yet heard of Patrick Collison, or up his brother John. If you’ve heard of the Stripe company, these are the two who are responsible for its founding and rise to great success. Patrick is currently the CEO of Stripe, which is a mobile payment app that is giving PayPal a run for its money so to speak. The success of Stripe has been nothing short of phenomenal. The brothers are immigrants from Ireland who are only in their twenties. After encountering some frustrations with the way that digital payments are made, they decided to create a program that would revolutionize the way that these payments are made.

This is the inspiration that has fueled the phenomenon that is now Stripe and the brothers have been propelled to great success that has replace their frustration with satisfaction at a job well done. We’re going to take a closer look at Patrick Collison because there is so much worth knowing about this amazing under thirty mogul, that we simply must share. Here are ten things that you probably didn’t know about Patrick Collision and his company Stripe.

1. Patrick and his brother John worked in Buenos Aires

The two began their initial work on the Stripe company in Buenos Aires. It was here that they spent a month of their time working hard to develop the prototype for what has become such a smashing success. The reason for doing the work in this country is that they describe the city as a “great hacker town.” The two set about writing code both night and day for the duration of their stay. They hacked it together so to speak and didn’t stop until the prototype was completed.

2. Stripe was completed within fourteen months

This in itself is no small feat, when you take a glance at the mega success of Stripe today. Patrick, along with his brother John spent fourteen months in building infrastructure and preparing for their public launch. This may seem like a long incubation period as many web startups are put together quickly. Perhaps taking their time to work out all of the fine details is why Stripe has succeeded where others have failed.

3. Patrick is passionate about problem solving

Have you ever had a pet peeve? Most of us have and Patrick Collision is no exception. Once he set his mind to developing a better payment system for digital payments, he continued until he had it perfected. He is all about solutions. Instead of putting up with the frustrations and disappointments, he did something about it. His annoyance spurred him to provide useful solutions for millions who have the need for financial transactions online and by the success that the company is currently seeing, we know that it’s gained a high degree of popularity.

4. Patrick Collison was a multi millionaire before he was twenty

Patrick and his brother John are not your average hackers. The two worked to develop the Auctomatic company while they were just teenagers. The company sold for five million dollars and it gave them the boost that would allow them to tackle big jobs including the development of Stripe. Patrick is just beginning in what looks like a long and promising career in development and entrepreneurship.

5. Patrick is an MIT dropout

Patrick only briefly attended the distinguished institute. He no doubt has the brilliance to complete his training experience, if needed. It looks like he simply didn’t have the time to commit to earning the certificate of completion because he was too busy building multi million dollar startups with his current knowledge and education.

6. Patrick is big on reading books

This young man has a tremendous talent for articulation, and a part of this may be due to the fact that he is an avid reader. He maintains a healthy library of more than six hundred titles at his disposal. In addition, the genres are all over the board with titles in programming, literature and literary criticism, physics, feminism and economics. Collison has admitted that he hasn’t actually read all of them but has managed to finish somewhere between thirty to forty percent of them. Where does he find time?

7. Patrick has advice for other entrepreneurs

This accomplished young man is offering some words of advice for other young entrepreneurs. He recommends finding topics that are of personal interest. Choose something that you are truly passionate about and pursue this. If you are interested in solving a problem and it is a passion, you’re more likely to see it though to success.

8. Stripe has doubled in size over the past year

The astronomical growth of the company has surprised everyone involved. We believe that this is a testimony to the time and care that was taken in building the infrastructure of the company.Patrick is very detail oriented and not much gets by him. He has the patience to not rush in but to hold back until the time is right and this is one of the attributes which has helped him in attaining the level of success that he currently enjoys.

9. Stripe goes after the people that they want with a concentrated approach

When Patrick identifies a top notch professional that he wants to work for Stripe, he goes all out to get them. He is willing to ensure that the company invests the necessary time and strategies to lure the top picks into the fol. He disclosed that he spent nearly fifty hours to convince their current COO, Claire Hughes Johnson to join them.

There is an estimate that puts Stripe at a valuation of one hundred billion dollars if it continues on its current trajectory. As it stands, the company is now valued at five billion in the few short years after its inception and launch. Patrick shares in the ownership of the company with his brother John, placing the two in the short list of elite multi billionaires in the under thirty years of age category .