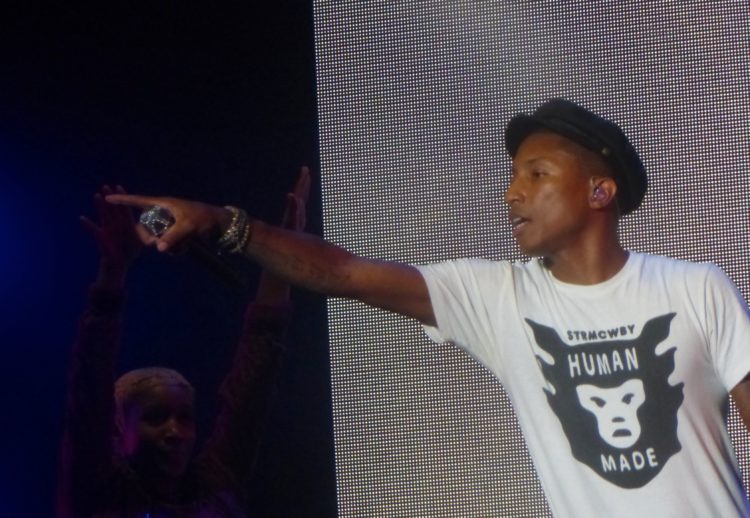 Pharrell Williams is a singer, songwriter, rapper, record producer, fashion designer, and entrepreneur. He is best known as one half of the record production duo ‘The Neptunes’, along with Chad Hugo. However, he is also a solo artist and has collaborated with many other artists throughout his career. Furthermore, he has been involved in a range of business ventures that span many different industries. He has enjoyed such a level of success throughout his career that it is now estimated that he has a personal net worth of $150 million. So, how did Pharrell Williams get so rich?

In his teens, Pharrell Williams met Chad Hugo at summer band camp. Neither of them enjoyed summer camp, so they joined forces to use the time to create beats together. The duo went on to form The Neptunes along with two of their high school friends, Mike Ethridge and Shay Haley. When they entered a high school talent show and were discovered by studio owner Teddy Riley who signed them when they graduated. Early in his career, The Neptunes became a duo and Williams and Hugo worked both together and as solo artists. By 1994, The Neptunes was well established in the music industry and they had signed with Arista Records. Most of their early years were spent collaborating with other artists or producing music for other acts.

Throughout the 1990s, the duo continued to collaborate with other artists and to produce their work. This helped them to gain widespread fame. They became in demand and worked with many A-list stars including Jay-Z and Britney Spears. The Neptunes also released their one and only album ‘The Neptunes Present…Clones’ in 2003. In addition to working as The Neptunes, Hugo and Williams got back together with Haley to form a separate group called N*E*R*D in 2002. They have released a total of five albums since the group was formed. The first of these was ‘In Search Of…’ in 2002. This was followed by ‘Fly or Die’ in 2004, and then the 2008 album ‘Sleeping Sounds’. Next, they released ‘Nothing in 2010’. Their final album was ‘No One Ever Really Dies’ which was released in 2017. Although he was working as part of both The Neptunes and N*E*R*D, Williams also began to focus on his solo career. He released his first album ‘In My Mind’ in 2006 and also began to collaborate more with other artists separate from his work with Hugo and Haley.

According to Biography.com, Williams enjoyed his biggest success as a solo artist with the hit single ‘Happy’. Not only was this a chart-topping hit in both the United States and the UK, but it was also the soundtrack for the animated comedy film ‘Despicable Me 2’. In the same year, he also enjoyed huge success with two singles that he co-wrote and san alongside other artists. The first of these was Robin Thicke’s ‘Blurred Lines’, and the second was Daft Punk’s ‘Get Lucky’. For the latter, he won two individual Grammy Awards for Record of the Year. He then released his second solos album ‘Girl’ in 2014. Now, it is estimated that Pharrell Williams has a net worth of $150 million. Although the majority of this money comes from his work in the music industry, that is not the only way that Pharrell Williams has become so rich. Williams has had several jobs working in film and television. The one or which he is best-known is as a coach on ‘The Voice’ between 2014 and 2016. He was chosen for this role as a replacement for Cee-Lo Green. Williams also appeared as a performing guest on ‘Popstar’ in the same year that he left ‘The Voice’. Furthermore, he was the narrator for the 2018 adaptation of ‘The Grinch’.

Pharrell Williams is also an entrepreneur who has been involved in many business ventures. He launched the multimedia creative collective and record label i am OTHER in 2012. This led to Williams launching a YouTube channel of the same name several years later. He has also been involved in several ventures in the fields of fashion, beauty, and accessories. His first venture in these fields was a streetwear brand called Billionaire Boys Club that he founded with fashion icon Nigo. The duo also collaborated on a range of footwear called Ice Cream. The fashion label then expanded to include Billionaire Girls Club. Willaims has also developed a unisex fragrance in collaboration with Comme des Garcons, designed sunglasses, and jewelry for Louis Vuitton, designed furniture with Emmanuel Perrotin, created a line of sunglasses for Moncler, released a collection for Uniqlo, and designed a range of sneakers with Chanel and Adidas. Furthermore, he has been in a long-term partnership with Adidas since 2014.

Some of his other business ventures have included collaborating with G-Straw to create a collection from denim made from recycled plastic recovered from the ocean, working as the executive producer for the crime comedy-drama film ‘Dope, and writing contributions for a book called ‘FriendsWithYou’. In Pharrell’s personal life, he is happily married to model and designer Lasicihanh. The couple was in a long-term relationship for many years before they married in October 2013. Together, they have a son called Rocket Williams who was born in 2008. The family lives in a luxurious mansion in Laurel Canyon, Los Angeles. This is a property that Williams purchased back in 2015.

Now, Pharrell Williams is continuing to enjoy a successful career in the music industry as well as juggling many other business ventures. Therefore, his net worth of $150 million is likely to significantly increase in the future. He also spends some of his time on philanthropic activities as he is involved in many charities, including ‘From One Hand to AnOTHER’. This is a charity that he founded to support at-risk youths in the United States.