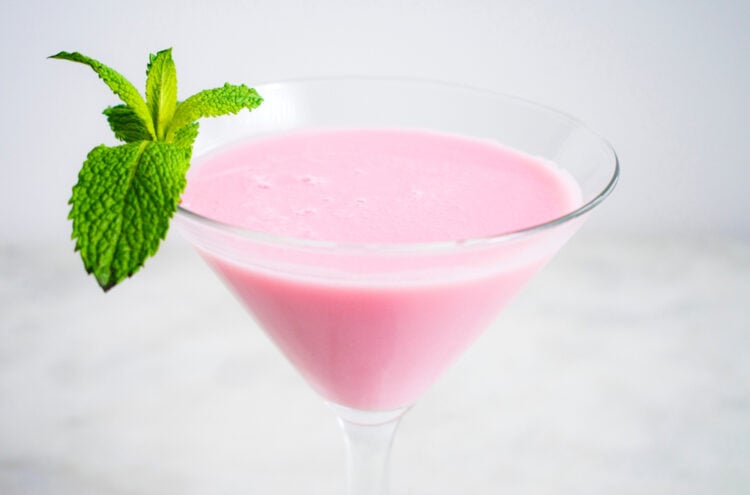 History Of the Pink Squirrel Cocktail

The Pink Squirrel cocktail was first made at Bryant’s cocktail lounge in Milwaukee, Wisconsin in the early 1940s. The pink color and the sweet taste made the cocktail very popular for several decades. It’s one of the three typical ice cream drinks commonly served in Wisconsin Supper Clubs, with the others being Grasshopper and Brandy Alexander, each containing cream and crème de cacao. However, the Pink Squirrel cocktail is different by including crème de noyaux, a once-famous liqueur but relatively forgotten during the 19th century. The cocktail started losing its creamy charm after the 1970s, which is no surprise as crème de noyaux was not common in bars. However, this cocktail is interesting, worth a sip, and healthy. The Pink cocktail was created as an ice cream drink and is still served as an ice cream drink in Milwaukee and other parts of the upper Midwest. Some people liken the Pink Squirrel cocktail to an adult milkshake, and in some parts of the Upper Midwest, the cocktail is made of vanilla ice cream. The cocktail is easy to prepare, but you might find it challenging to find crème de noyaux. The ingredient is an almond-flavored crème liqueur that is red which gives the cocktail a pink color. Today Crème de noyaux is not famous as it was, with the Pink Squirrel being one of the few drinks to use it. This has left little motivation for the liquor manufacturers to make it.

So, How Did the Pink Squirrel Cocktail Get Its Name?

This cocktail is called a Pink Squirrel because of its pink color. The sweet cocktail derives its name from its key ingredient, crème de noyaux. This is a red-tinged liqueur that, when combined with milky ingredients, imparts a pink color and flavor. According to Squirrel Arena, many recipes substitute crème de noyaux for grenadine, but the cocktail lovers would call it inauthentic as it does not have the characteristic almond flavor.

The Pink Squirrel is easy to prepare and drink with only three ingredients. The crème de noyaux mixes with heavy cream and white crème de cacao to make a sweet, rich cocktail with chocolate and almond taste.

Most drinkers describe the Pink Squirrel flavor as a candy-like taste of chocolate and sweet almond. The two notes are a match made in cocktail heaven and are derived from crème liqueurs when they are elegantly blended. The sweet vanilla ice cream ingredient offers a frothy, velvety texture, making the Pink Squirrel an ideal night libation for ladies or post-dinner potion. A key drink ingredient, crème de noyaux, features a red, almond-flavored liqueur that offers the Pink Squirrel its iconic bubblegum pink hue. However, the drink is not even made with almonds despite the flavor. The ingredient consists of peaches, kernels of apricots, or cherries. Ultimately, consider making a glass of this cocktail whenever you want a drink that tastes like an adult milkshake or want to dive into the past.

How Strong Is the Pink Squirrel Cocktail?

The Pink Squirrel is a low-proof, gentle cocktail. If you were to select a 48-proof option for both liqueurs, the cocktail would weigh in at only ten percent ABV. Most forget the cocktail has alcohol because it is smooth and creamy. So, ensure to drink responsibly, particularly if you need to drive later.

If you cannot find the real crème de noyaux, there are two duplicable elements of this ingredient; color and taste. The possible substitutes for the crème de noyaux liqueur include;

Amaretto is relative similar to the crème de noyaux. They have the same almond flavor, although none of the liqueur is made from almonds. When you use Amaretto instead of crème de noyaux, the almond flavor will be relatively similar, but the cocktail will be milky brown. A drop of food coloring in a cocktail shaker will work to achieve the pink color.

If you want to get the plush pink color, you can consider using grenadine instead of crème de noyaux. It has a delicious fruity chocolate flavor, but it’s completely different from the almond chocolate for which the Pink Squirrel cocktail was made. Some complain that adding grenadine makes the cocktail too sweet hence better to stick with the classic ingredients. Additionally, you don’t need to worry if you lack a heavy cream. Milk or a lighter cream will do well in preparing this cocktail. However, the drink won’t have a thick texture, which is okay for some drinkers. Important Tip: Although the Pink cocktail is popular, other issues surround the crème de noyaux. One thing that scares some drinkers away is the cyanide content. According to Spruce Eats, Noyaux has a compound that converts into hydrogen cyanide when digested. But the good news is that most times, the hydrogen cyanide components are too little to be harmful, and there is nothing to worry about. Nevertheless, it is something you should keep in mind.

The Pink Squirrel is a creamy cocktail with a tempting flavor of chocolate and almond. The Pink Squirrel will not be a cocktail for everyone, particularly with the way our palates have evolved. The cocktail was fun in its prime and still makes an excellent option on a throwback cocktail menu. 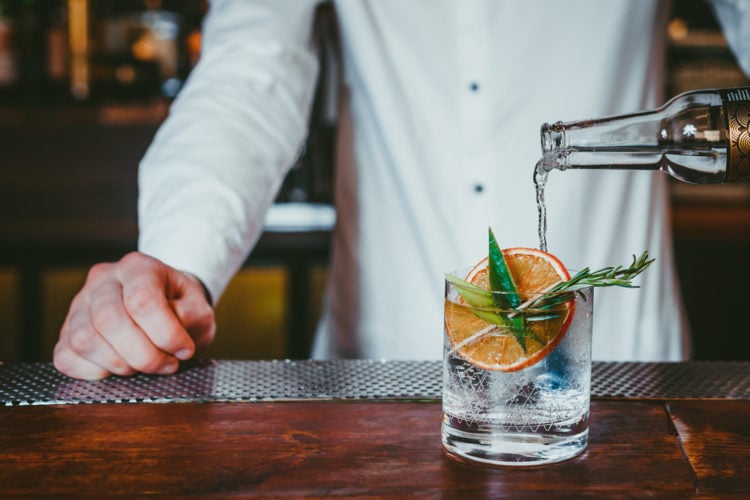 Unless you live in a bubble, there is no denying that… 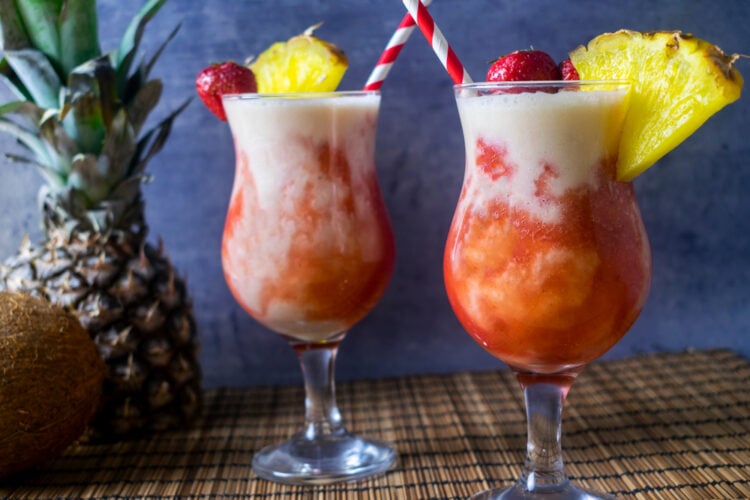 The only thing you can probably associate with lava is a… 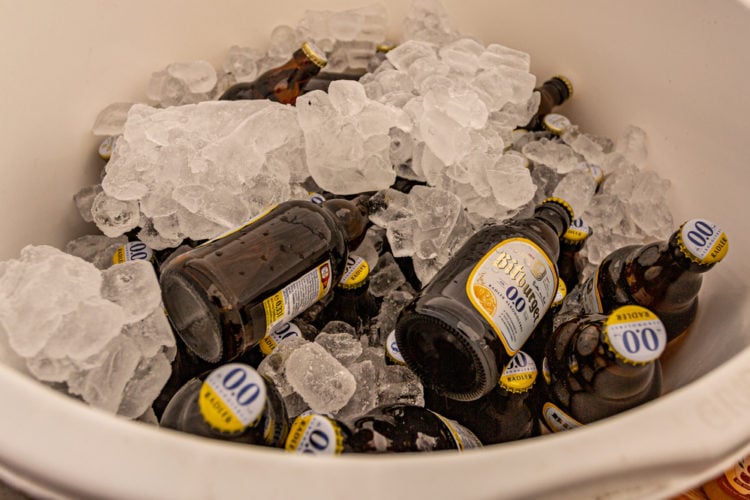 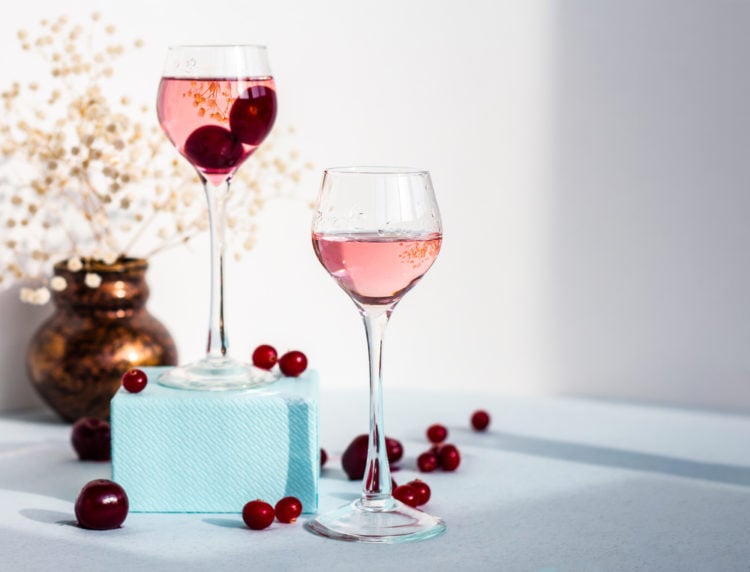 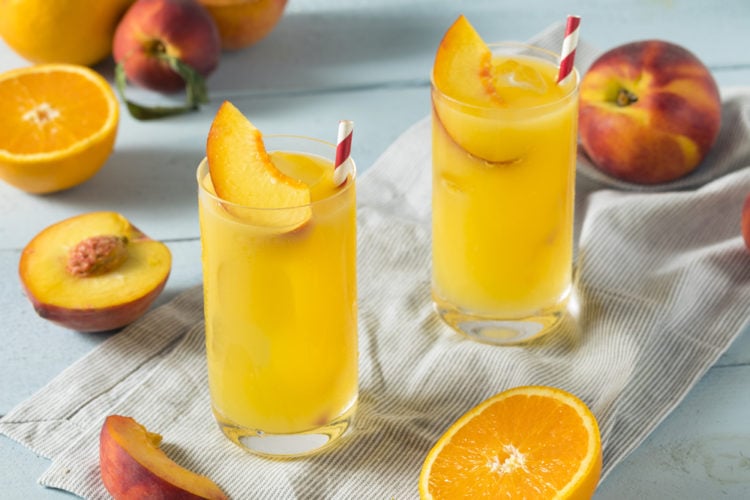 The Fuzzy Navel Cocktail is a light and refreshing beverage that…