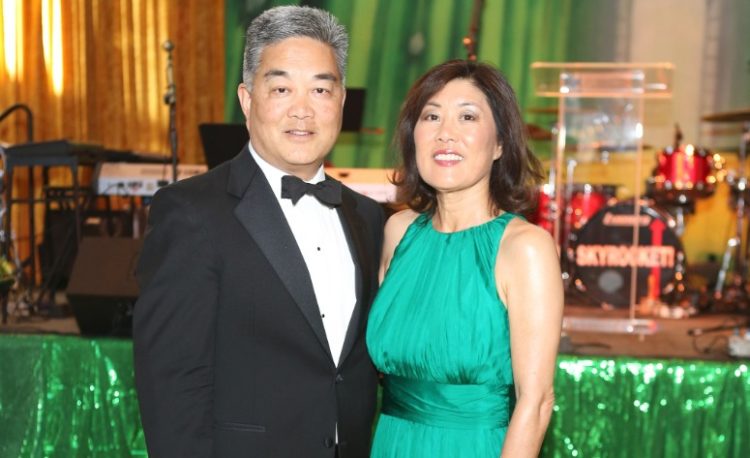 Willie Chiang is simply known as Willie by his friends and associates. he’s a bright and enthusiastic executive serving as CEO of Plains All American GP LLC. Under his leadership, the corporation is running smoothly. Mr. Chiang is an interesting person who has worked his way upwards in the Industry to achieve a high level of success in his career. He’s not only a skilled leader, he understands the complexities of the energy industry in which he’s employed. He’s an expert in his field, which is common knowledge, but here are ten things you didn’t know about him.

1. He and his wife Linda hair SPA fundraisers

Willie and Linda Chiang are generous with their time and they care about their community. They co-chaired a fundraiser to support the SPA at a gala event. As members of the Society for the Performing Arts, they donate their time to organize events that will bring in donors who join them in believing that this is a worthy cause. At the most recent event, the Chiang were successful in bringing 550 supporters for SPA into the fold with donations that would fund the programs.

Willie Chiang is compensated handsomely for his contributions to the Plains All American GP Corporation. His annual salary is $325,000 per year, but he also gets a bonus of $1,250,000 along with other kinds of compensation which include but are not limited to restricted stock awards. His total compensation last year was $1,825,000. for last year and it is estimated that he will be paid a total of $3,306, 860 in total compensation for the upcoming year

3. He’s generous with his time

Willie Chiang’s face seems to be popping up over a wide variety of social blogs and other news on the social scene. He consistently shows up at different fundraisers to lend a hand to help out. He’s the kind of guy that believes in good causes and gets behind them. He’s got a tough job when he’s at work, but he always manages to make time to show up for black tie events to blue jeans and cowboy boots in a diverse array of fundraisers.

4. He went to college in South Dakota

Willie attended the South Dakota School of Mines and Technology. It was here that he earned his bachelor’s degree in Mechanical Engineering. After completing this phase of his education, he went on to attend the University of Pennsylvania Wharton School of Business where he earned his Advanced Management degree.

5. His compensation package is worth more than his salary

6. He’s associated with a variety of boards

In order to do his job effectively, Mr. Chiang must be involved with a variety of boards and organizations. He is professionally associated with 11 board members that come from 4 different organizations that span a total of 9 different industries. He’s well connected and on top of what’s going on in each. This helps him to serve his employer better by keeping him abreast of what’s going on in all related industries. When it comes to business, Willie Chiang is certainly no slouch.

Wilfred Chiang isn’t just the CEO of Plains All American GP LLC. He’s also a director for the company. Prior to this, he was the Executive Vice President and Chief Operating Officer of PAA GP Holdings, LLC, a General Partner of GP Holdings, LP. held several other high ranking positions within the company prior. He’s been steadily moving upwards in the company and has a proven track record for getting results.

8. He was an exec at Chevron Corp

Prior to his current post, Willie Chiang led a team at the Chevron Corp. He served as the company’s Vice President. As we look back at his impressive career, we find that he also served as the VP for Unocal Corp which is a subsidiary of Chevron Corp.

9. He worked for ConocoPhillips

Earlier in his career, Mr. Chiang was a part of the team at ConocoPhillips, also in the petroleum industry, serving as their Senior Vice President for Refining, Marketing, and Transportation. He also served as VP for their subsidiary Phillips Petroleum Co. This was not the extent of his long and illustrious career in the petroleum industry. He has a long line of jobs that shows a steady progression upwards in rank and responsibility. It’s the fortunate corporation that has him at the helm due to his business sense and vast experience in the industry.

10. He supports his community by being involved in his spare time

With the long list of responsibilities that Mr. Chiang has, one wouldn’t think he would have much time for anything else, but he makes the time. In addition to serving as a board member for Society for the Performing Arts, he also sits on the United Way of Greater Houston board and Leadership Education for Asian Pacifics