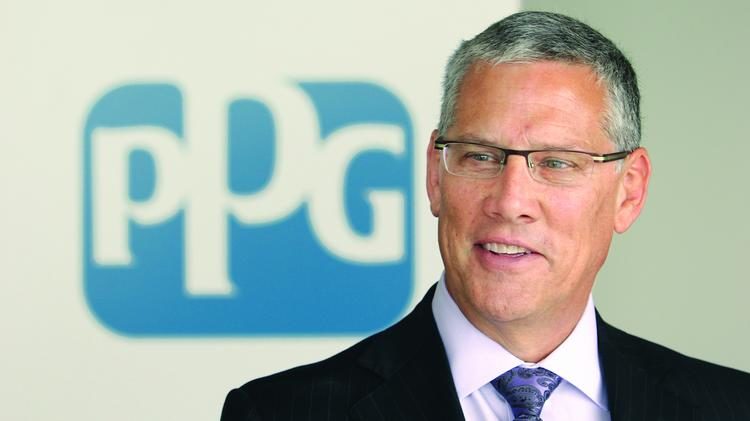 Michael McGarry is the current CEO of PPG Industries. In recent times, some people might have seen his name show up in the news because of a power struggle that has been happening at said corporation. Here are 10 things that you may or may not have known about Michael McGarry:

1. Michael Is a Rhetorical Question

Michael is one of the numerous Biblical names that refers either El or YHWH. It is interesting in that its meaning is phrased as a question, “Who Is Like God?” However, it should be noted that the question is rhetorical in nature because the intended meaning is that no one is like God.

2. McGarry Is a Patronymic Name

Chance are good that Gaelic names that start with either “Mc” or “Mac” are patronymic names. This is because the Gaelic word mac means “Son Of,” thus making it a very easy way to come up with a new surname.

3. Studied in the University of Texas System

It isn’t uncommon for CEOs to serve as directors on the boards of other corporations. In McGarry, it is interesting to note that he is serving as a director of Axiall Corporation, which some people might better recognize under the name of Georgia Gulf Corporation. Regardless, said corporation specializes in the manufacturing as well as the marketing of various chemicals and building products.

On a related note, McGarry is also a director at Eagle Spinco, which is a corporation that specializes in the making of commodity chemicals. Like their name suggests, commodity chemicals are chemicals that are produced in huge volumes for the purpose of satisfying a hungry global market. Often times, such chemicals are divided up into organic and inorganic chemicals, though both categories encompass dozens and dozens of examples.

Before becoming CEO and Chairman, McGarry held other high-ranking positions at PPG Industries. For example, he was the COO between August of 2014 and September of 2015. Likewise, he has been involved in various segments that range from architectural coatings to silica products.

8. Several Perceived Missteps Have Happened Under Him

In recent times, PPG Industries has been underperforming. There are those who blame this underperformance on McGarry because of several incidents that have happened under his leadership. One example is a failed takeover of a Dutch rival while another example consists of the lost sales when Lowe’s chose Sherwin Williams for its exclusive paint supplier in the United States.

9. Got Targeted By Trian Fund Management

As a result, McGarry got targeted by Trian Fund Management, which wants the Board of Directors to replace him with his predecessor Charles Bunch, who seems to have been receptive to the idea. There is no indication that the board is willing to make this move, seeing as how it has stated that it stands firm behind McGarry. However, it has also stated its willingness to listen to Trian on other matters.

10. There Are Various Factors for Underperformance

There are various causes for the underperformance that PPG Industries has been experiencing. For instance, there has been an increase in the cost of raw materials. Likewise, there have been some serious fluctuations in foreign exchange rates, which tend to make preparing for those issues that much more complicated and thus that much more resource-intensive. However, it should be noted that while there are environmental factors that are contributing to the problem, those cannot explain the whole extent of the impact.