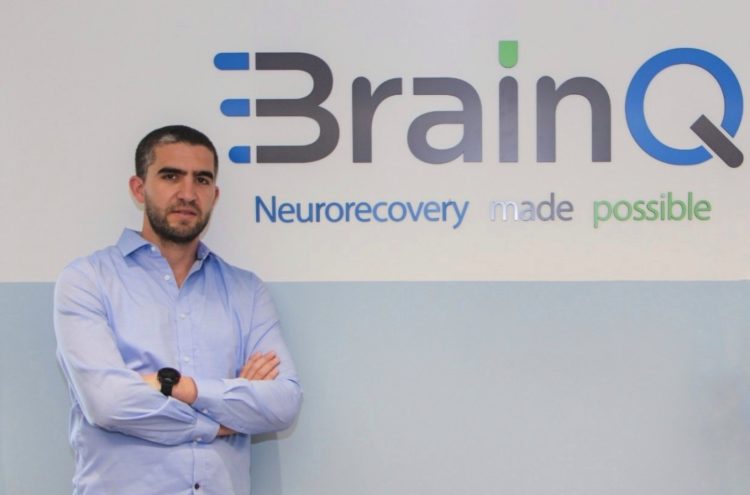 Yotam Drechsler is the current CEO of a neurological treatment startup called BrainQ. Mr. Dechsler is an Israeli businessman, entrepreneur, and executive with impressive credentials who has established a solid career in the medical technology world. If you’re not familiar with this leader in the medical device industry, he is someone who you might find inspiring, especially if you’re an entrepreneur. After looking into his personal and professional life we learned some interesting things about him that have led to his ultimate success in the business world. He’s a good role model for people who have a dream and want to turn their dreams into businesses to help themselves and others. Here are 10 things you probably didn’t know about Yotam Drechsler.

1. He is a co-founder of BrainQ

According to Crunchbase, Mr. Drechsler is not only the chief executive officer at BrainQ, but he is also a co-founder and owner of the business. He joined forces with his partners in the endeavor to establish BrainQ in April of 2016. He has been the CEO of the company since it first became active, a little more than five years ago.

2. He is a native of Israel

According to ROI Community, Mr. Drechsler was born in Ramat Gan Israel, and he was raised within the Jewish national-religious community. He was also involved with the Bnei Akiva youth movement. He performs his duties at BrainQ from the established headquarters in Jerusalem.

3. Yotam enlisted in the service

During the Second Lebanon War, Yotam was a combat officer in the Israeli Defensive Forces. While serving his country, his unit was hit by two missiles. Although Yotam survived the incident, there were severe casualties among some of the other soldiers. This was an experience that forever changed his life. It gave him direction for his career and he wanted to use his life to help others.

4. He has a giving heart and a philosophy of service

Yotam made himself promises after emerging as a survivor of the war. He had seen people severely wounded and suffering. Some who survived attacks were left with disabling conditions that affected their quality of life. He vowed to use his talents to develop medical treatments that would help others to improve their quality of life so they could enjoy their years to the fullest. He co-founded BrainQ and helped to develop and market a neurological treatment device that helps to stimulate damaged brains to repair themselves. Those who have received traumatic brain injuries, strokes, or other neurological disorders are seeing improvement in their conditions with the help of this device.

According to Forbes, Drechsler is making good on his vow to help others live better lives. He leads the executive of the strategic development as well as the market penetration of BrainQ to get the brain healing therapy into the hands of more practitioners and individuals. His goal is to see more people reduce disabilities and lead more normal lives through the power of artificial intelligence-powered therapies. He’s working hard to promote the device that emits waves that stimulates the brain to health itself and restore damaged command centers and neural pathways.

6. He is a current member of the Forbes Technology Council

Yotam Drechsler is a member of the prestigious Forbes Technology Council. He has occupied this position since 2020. He is also an alumnus of the Boston Consulting Group. His opinions and advice are highly respected because of his computer science, cognitive science, and math background, along with his years of hands-on leadership experience.

7. He is highly educated

According to LinkedIn, Yotam Drechsler attended the Hebrew University of Jerusalem from 2007 through 2010. He earned his bachelor of arts degree in Computer Science, Cognitive Science, and Math. In 2015, he continued his education pursuing an advanced degree in financial economics. He attended IDC Herzliya from 2015 to 2017, graduating with his MA degree. In 2019, he attended a leadership program at the Harvard Business School.

8. Yotam Drechsler worked as an analyst

Drechsler completed four years serving in the armed forces of Israel, then earned his bachelor’s degree. In 2010, he was hired by Barclays Capital. He worked as an analyst of global markets. He remained at the company for one year, leaving in November of 2011 to pursue other interests.

9. He is an official member of the HealthTech CEO Forum

10. Yotam Drechsler is a well-rounded professional

Yotam has done a lot in his life and he has also seen a lot. He has witnessed tragedies but he has also seen nearly miraculous cures through advances in medical science technology. It’s what he has dedicated his life to doing. He is a well-rounded person who has a family with whom he lives in Jerusalem. His wife and son fill his personal time, and when he’s not leading the team at BrainQ or serving on an organizational board giving advice, he is teaching others at Reichman University, IDC Herzliyawhere he is a faculty member. He was hired at the Global MBA Strategy & Business Development Program for the institution. He began serving at his post in January of 2016, working concurrently as faculty and the chief executive officer at BrainQ. He’s been doing the same thing at both organizations for the past 5 years and 8 months. Mr. Drechsler is fulfilling his promise to help people live healthier and more fulfilling lives. He is a solid example of how to achieve success in the business world and it begins with passion and commitment.