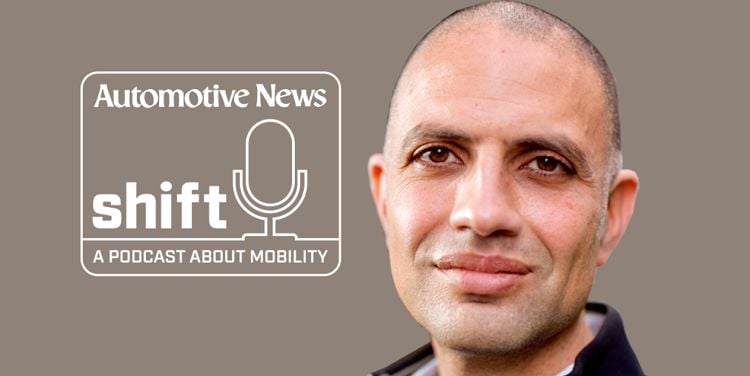 What do you know about Khaled Hassounah, the CEO of electronic vehicle battery specialist Ample? You may be wondering who this person is, but if you’re interested in learning more about operating electric vehicles as opposed to the more traditional internal combustion engines, you will undoubtedly want to know more about him. Below are just 10 of the things that make him stand out.

1. He tends to go against the grain in business

Most entrepreneurs have a tendency to go against the grain, at least to a certain degree. However, Hassounah will readily tell you that he does this more often than most. He never has been afraid to take chances, even when other entrepreneurs would have pulled out long ago. For him, creating startups and making a lot of money takes second stage to doing something that is truly important. That’s precisely why he has decided to focus on his company, Aample, and its capability of swapping out batteries in electric vehicles. It’s one way that he can contribute to the overall health of the planet while simultaneously helping both individuals and companies that rely on these electric vehicles.

2. He wishes entrepreneurs in the EV market would come together for the greater good

He isn’t the first one to introduce the idea of battery swapping but he is the only one that has managed to get this far with it. Other other companies that produce electric vehicles had promised the same type of technology in the past, but they failed to deliver. He has commented a number of times that he wishes that individuals who are involved in this market would learn to work together as opposed to creating a system where it is every person for themselves. Both the planet and the community would benefit more if everyone would work together as a team as opposed to competing with each other with such fierce ferocity. He hopes that someday everyone involved with electric vehicles will see this.

3. He understands that you have to start small when you’re making big changes

He knows that when you’re introducing something that is radically different to what people are used to, such as with the case of electric vehicles, that you have to start small and choose your markets carefully. As such, he is working to create his battery swapping service in a single area of the United States, more specifically San Francisco. Once he sees a certain level of success there, he plans to gradually expand until there are battery swapping stations all over the country.

4. He knows how to market his products to the right group

It’s not just about choosing the right geographic location, it’s also about finding the right people that can truly benefit from the product or service being offered. This is something he learned a long time ago. It’s also precisely why he went straight to Uber with his idea for battery swapping stations. They use a lot of electric vehicles in the San Francisco area, which makes them the perfect candidate for him and his business.

5. He’s been in business longer than you probably think

You might be thinking that he’s only been in business for a short time, especially given the nature of his business. However, he’s been operating Ample for eight years now. Clearly, it hasn’t always been fun and games, but he has managed to stick with it through both the good times and the more challenging times in order to get Ample as far as it has come today. One thing he definitely isn’t is a quitter. This has been evidenced by the fact that he has continued to work with battery swapping stations for electric vehicles, even at a time when the overwhelming majority of the public seems completely uninterested in ditching their internal combustion engines for something that is far more capable of protecting the planet.

He definitely knows how to raise capital for his business, something that was proven when he raised more than 160 million dollars during his latest round a fundraising. That is definitely nothing to sneeze at. When you consider that this was the third round of fundraising that was recently done, it drives home just how expensive it is to create these battery charging stations. However, it’s also imperative that it be done in order for people to take responsibility for their own roles in protecting the environment.

7. He knows how to pitch a good idea

He admits that he has always been quite good at getting people to listen when they’re not entirely sold on a particular idea. That is how he got Ample started in the first place and it’s how he has raised so much capital for the company, even during a time when many people would still rather turn their heads and pretend like there is nothing wrong with the direction that the planet is headed. Thankfully, his skills as a salesman have never been in question.

8. He’s all about the future

One of the things that makes his battery swapping stations truly unique is that the entire thing is run automatically, utilizing robots. He says that it’s much more efficient to use robots in order to perform this particular service, as they are capable of getting the job done faster than any human being could ever do.

9. He gets excited when people tell him no

It seems to be a common trait among entrepreneurs to get excited when someone else says no. In fact, when someone tells him that it’s impossible to create a certain start up in an area or they refuse to provide Financial backing for his business, it only sets him into high gear. He becomes almost obsessed with changing that particular person’s mind and making them see things his way.

10. He’s always striving to do better

One of the things he’s been working on is getting the battery swaps down to less than five minutes. This allows drivers to stay in their cars, switch out one battery for another one, and go on with their day without taking any more time out of their schedule than they would take to fill a traditional internal combustion engine up with gasoline.