Home
Net Worth
How Prettyboyfredo Achieved a Net Worth of $2.5 Million 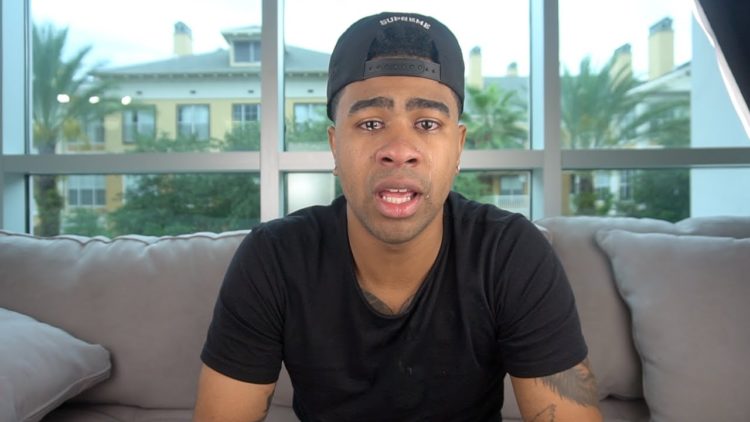 Alfredo Villa is a YouTuber who is known online as Prettyboyfredo, and he began his career as a content creator in 2009. He is known for posting videos of pranks, playing and commenting on NBA 2K games, challenges, various vlogs, and his relationship with his former girlfriend, Jasmine. Due to his online success, Prettyboyfredo’s net worth is now estimated at $2.5 million, and here is how he accrued his wealth.

According to Wiki Celebs, Alfredo Villa was born in West Palm Beach, Florida, on August 20, 1993. Although the YouTuber now has a net worth of $2.5 million, he did not come from an affluent family and had not always enjoyed the luxurious lifestyle he now lives. His father was an illegal immigrant from Costa Rica, while his mother was a drug addict. Sadly, Villa’s parents abandoned him and his siblings when Villa was just three years old. The children were found living in neglect and put into foster care. Unfortunately, the siblings were separated in the process. Villa attended Ridge Community High School, from where he graduated in 2011. While at high school, he showed talent at several sports, including football and basketball. At this time, he was given the nickname ‘Pretty Boy,’ which then inspired his online name, Prettyboyfredo.

After graduating from high school, Villa went on to study at the University of Florida, where he earned his Bachelor’s degree in Marketing. Although he was clearly an intelligent young man, it did not stop him from landing in trouble. Along with some college friends, he spent six hours in a jail cell after stealing video games from an electronics store during his sophomore year. It was while he was at college that Alfredo Villa began to upload content to YouTube. As he gained popularity and began to make money from his videos, he considered dropping out of college. However, he persevered to complete his education while also making online content.

Prettyboyfredo’s Career as a YouTuber

Prettyboyfredo originally created a YouTube channel in June 2009. However, he did not create any original content until 2014, and that was when he began to make more money. While Prettyboyfredo appears alone on many of his vlogs, he also collaborates with others occasionally. For example, he battled with HellHitEmUp in NBA 2K, and he competed against NBA player Archie Goodwin in an NBA 2K16 game, and he posted the video to his channel. Since 2009, Prettyboyfredo has amassed a huge following on his YouTube Channel. As of February 2021, he had more than 6.3 million subscribers, and his videos have received more than 825.3 million views. He usually posts a new video every couple of days. Furthermore, Prettyboyfredo’s ex-girlfriend, Jasmine, appeared in many of his videos. On many occasions, she was the victim of his pranks, which is something that the content creator’s followers enjoyed. Aside from appearing alongside Prettyboyfredo in his channel, Jasmine and Villa also had a separate channel together prior to their separation. Originally, the channel was called ‘The 2x Family.’ However, the channel’s name later changed to ‘Fredo & Jas.’

In addition to posting videos on YouTube, Prettyboyfredo is also active on Twitch. On his Twitch account (https://www.twitch.tv/prettyboyfredo), Prettyboyfredo has 573,000 followers. Therefore, he is building a substantial following on this vlogging platform. Social media also plays a big role in Prettyboyfredo’s success, as having a large social media following increases the chances of a YouTuber gaining more views and having a greater number of followers and subscribers. On his Twitter account, he has accrued 434.4K followers since he joined the social media platform in 2012. He usually posts at least once a day, and his posts often promote his videos on YouTube and Twitch. However, he also posts pictures of himself, photographs of his daughter, and general posts about his day-to-day life.

According to Wealthy Gorilla, Prettyboyfredo’s net worth is $2.5 million. He has predominantly made his money through his YouTube Channel. Like other content creators on YouTube, Prettyboyfredo makes his money through revenue from advertisements shown on and throughout the video content he posts. He may also earn some money through endorsing brands. As he gains more subscribers to his channel and continues to post fresh and relevant content, he has the potential to increase his net worth further. His wealth has allowed Prettyboyfredo to live a life of luxury that is very different from his childhood and shows how far he has come since then. In 2018, Alfredo Villa posted a video on his channel that gave a tour of a property he had bought for himself, Jasmine, and their daughter Ava. According to his video, he paid $400,000 for the property in Florida.

He then bought another property in Florida in 2020 and posted about his purchase online. In the YouTube video, prettyboyfredo claims to have paid $5 million for the property, although this is unconfirmed, and some comments on the video claim the property was rented. He bought the waterside house for himself and his SSH family, who are his friends who work on his channel with him. The Florida mansion has many amazing features, including a swimming pool, a bowling alley, a movie theater, and an indoor basketball court.

In his personal life, Prettyboyfredo was in a long-term relationship with Jasmine, who appeared alongside him on the YouTube channel ‘The 2x Family,’ which later became known as ‘Fredo & Jas.’ According to Famous Birthdays, they have a daughter called Ava, who was born in November 2017. Prettyboyfredo proposed to Jasmine in October 2018, and she accepted. However, the couple separated in 2019 but have remained friends since their separation.