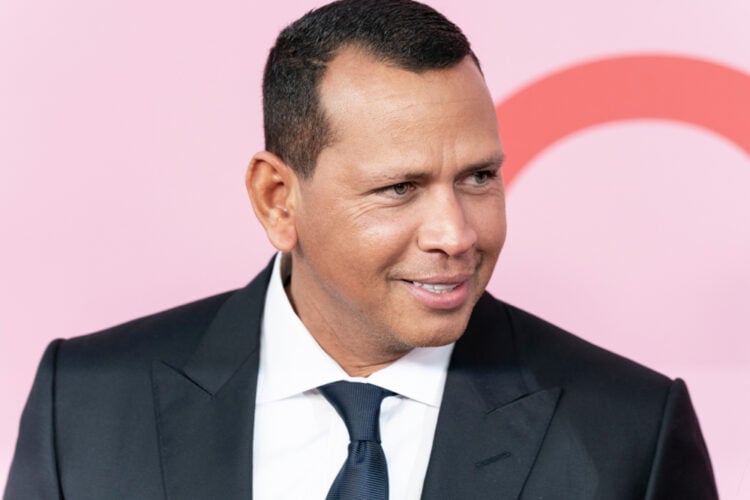 Baseball is America’s favorite pastime game, which has been around for more than 170 years and has continued to maintain its uniqueness and popularity. Many people would tell you that baseball is the most exciting and simple sport to follow. Baseball is also a great sport with an impressive history of having some of the wealthiest sports players ever. Here, we will take a closer look at the 20 Richest Baseball Players of all-time as of 2022.

Over the course of his Hall of Fame career, Mark Teixeira played for three different teams, where he collected over $217 million (before tax). His first big contract signing was with the New York Yankees, as he amassed around $180 million over eight seasons with the team. According to Wealthygorilla, he also made about $38 million with the Texas Rangers and the Atlanta Braves. After retiring from the MLB, Teixeira signed a deal with ESPN as a baseball analyst. As of 2022, Mark Teixeira has a net worth of $75 Million.

CC Sabathia is a professional baseball pitcher who plays for the New York Yankee of MLB. Sabathia made his first major baseball debut with the Indians back in 2001, where he played a significant role in them winning their sixth division title. He has also previously played for the Milwaukee Brewers and Cleveland Indians.

Carlos Beltran is a former Puerto Rican baseball outfielder. He played in the MLB from 1998 to 2017 for the New York Mets, San Francisco, Texas Rangers, St. Louis Cardinals, New York Yankees, Houston Astros, and Kansas City Royals. In 1999, he won the “Rookie of the Year” award in the American League. He has also received various awards, including; a 2-time Silver Award winner, 8-time All-Star winner, and a 3-time Gold Glove Award winner. During the 2009 and 2010 MLB seasons, Beltran amassed about $19.4 million by playing for the New York Mets, his highest-paid salary.

Barry Bonds, a former baseball left fielder, has played over twenty-two seasons with the Pittsburgh Pirates and San Francisco Giants. According to Therichest, Bonds has also been awarded with several MVP awards for his outstanding performances as a valuable baseball player for the Pittsburgh Pirates. As of 2022, Barry Bonds’ net worth is estimated to be about $80 million.

Ken Griffey Jr., famously known as “The Kid,” is a former American baseball outfielder with over twenty-two years playing in the MLB for the Cincinnati Reds and Seattle Mariners. Between 2000 and 2008, He played for the Chicago White Sox for one season, after which he went back to his previous team, the Mariners, for his final season. Griffey finished his baseball career successfully with 630 home runs and has made the most home runs in consecutive games, making him one of the best home run hitters in the entire baseball history. Moreover, Griffey was the 1992 All-Star Game MVP with the Seattle Mariners and a ten-time A.L. Gold Glove winner.

Born on August 26, 1985, David Price is an American professional baseball pitcher for the MLB’s Boston Red Sox. In 2007, he signed a six-year agreement with the Red Sox for $112.5 million, and later on, in 2015, he signed a one-year deal with the same team for $19.75 million. In ’08, Price made his first debut as a professional baseball player. Over his successful baseball career, he has played for MLB teams such as the Tampa Bay Rays, Detroit Tigers, and Toronto Blue Jays.

Gary Sheffield, the former American professional baseball outfielder, made his first major MLB debut on September 5, 1998, with the Milwaukee Brewers. Throughout his professional baseball career, Sheffield has played for several MLB teams such as the Florida Marlins, Atlanta Braves, San Diego Padres, New York Mets, and the Los Angeles Dodgers. In 1997, he won the World Series with the Florida Marlins. Sheffield is also a five-time Silver Slugger Award winner, a nine-time All-Star winner, and was awarded the “N.L. Comeback Player of the Year” in 1992.

Justin Verlander is one of the wealthiest baseball players across the globe, with a net worth of about $95 million. In 2011, he received the “A.L. CY Young Award” from the Baseball Writers Association of America. He also received the AL MXP Award on November 21, 2011. Verlander is regarded as a valuable baseball pitcher in the American League. Verlander currently plays for the Houston Astros which has only helped increase his overall net worth.

Born on 19tth April 1983, Joe Mauer is the first American baseman and is the only catcher in professional baseball history to win three batting titles in the American League. This incredibly talented baseball player made his first Major League Baseball debut on April 5, 2004, for the Minnesota Twins. Throughout his successful baseball career, he was awarded several prestigious awards, such as the Most Valuable Player Award, the Minnesota District V Player of the year in baseball, and a 3-time winner of the Gold Glove Awards. He was also named “Best Hitter” at the baseball world tournament in Panama.

Manny Ramirez, a Dominican-American citizen, was born on May 30, 1972, and is now a retired baseball outfielder who has played in the Major Baseball League for 19 seasons. Ramirez has professionally played with MLB teams like Cleveland Indians, Tampa Bay Rays, Boston Red Sox, and the Chicago White Sox. He has received several awards throughout his professional baseball career, including; the nine-time Silver Slugger Award and being one of the twenty-five players in baseball history to make 500 career home runs. Additionally, Ramirez has also made 28 post-season home runs putting him at 2nd in league history.

Born on 10tth September 1983, Joey Votto is the first Canadian professional baseball baseman for the Cincinnati Red of Major Baseball League. He made his first debut in the MLB in 2007 and was selected as an All-Star for four seasons from 2010 to 2013. During his professional baseball career, Votto has been awarded various prestigious awards, including; a two-time Lou Marsh Trophy winner, six-time MLB All-Star, and a seven-time Tip O’Neil Award winner. In 2010, He was named the National League MVP and awarded the NL Hank Aaron Award. As of 2022, Joey Votto’s net worth is about $100 million, making him the 10th wealthiest baseball player in the world.

Chipper Jones was born on April 14, 1972. He is a successful American MLB player and the winner of the 1999 NL Most Valuable Player Award. Jones was also the number one overall pick for the Atlanta Braves in the 1990’s draft. Throughout his successful baseball career, he received several awards, including the MLB champion in 2008, an eight-time All-Star, and was part of the 2013 Hall of Fame team. According to Exactnetworth, Chipper Jones’s net worth was about $110 million.

Randy Johnson, famously known as “Big Unit,” was one of the most well-known baseball pitchers in the world of professional baseball. Johnson began playing baseball when he was enrolled at the University of Southern California. He developed his skill as a pitcher and was later signed by the Montreal Expos in 1985. Three years later, Johnson made his first appearance in the Major League Baseball. In 2004, he signed a contract with the New York Yankees, but he did not almost half of the season due to his sustained back injury. Johnson continued to play baseball until 2010 when he announced that he was retiring from professional baseball. Throughout his successful career, Johnson made headlines when he won the 1994 American League Cy Young Award.

Ryan Howard, also well-known as “The Big Piece,” is an American professional baseball player who was born on November 18, 1979. In September 2005, he was dubbed the N.L. Rookie of the Month with an impressive record of batting 278 with 22 runs batted in and ten home runs. Howard is undoubtedly the faster baseball player in MLB history to make the 100 and 200 home run achievements. In 2010, he signed a five-year contract with the Phillies worth $125 million, and he earned his first huge salary of $190 million while in the Major League Baseball.

Born on April 14, 1983, Miguel Cabrera is famously known as “Miggy.” He is currently the first Venezuelan baseball player and first baseman to play for the Detroit Tigers of Major League Baseball. According to Wealthygenius, Cabrera made his first appearance in the MLB in 2003 and since then has been awarded the American League Most Valuable Player award winner for two consecutive seasons. In 2008, he signed a contract with the Detroit Tigers worth $152.3 million. As of 2022, Miguel Cabrera has an estimated net worth of $125 million, making him the sixth wealthiest baseball player globally.

Albert Pujols is arguably considered the most consistent and high-performing MLB player in Major League Baseball. He made his first debut in the MLB in 2001 when he played for the Cardinals. Born on January 16, 1980, Pujols is the first Dominican-American baseman for the Los Angeles of Major League Baseball. Throughout his successful baseball career, Pujols has been named National League MVP three times and nominated for the All-Star award nine times. He earned his first huge salary of $14.5 million while playing for the Cardinals. Currently, Pujols is playing with the Angels, where he is earning a salary of $26 million and an additional $7 million in endorsements. As of 2021, Albert Pujols’ net worth was estimated to be $110 million.

Born on October 22, 1973, Ichiro Suzuki is a former Japanese baseball outfielder. He is the first professional MLB player ever to be nominated to the Japanese Baseball Hall of Fame. According to Celebritynetworth, Suzuki has spent most of his baseball career playing for the Seattle Mariners of MLB and Orix Blue Wave in Japan. Throughout his professional baseball career, he holds two Major League Baseball records which include; single-season singles with 225 and single-season hits with 262. As of 2022, Ichiro Suzuki was estimated to have a net worth of about $180 million, making him among the top ten richest baseball players around the globe.

Derek Jeter is an American baseball shortstop who was born on June 26, 1974. He spent his twenty-year professional MLB career playing with the New York Yankees. He has received several prestigious awards, including the Minor League Player of the Year Award pioneered by the magazine Baseball America Association. He is a five-time World Series champion. Jeter was then promoted to the Greensboro Hornets of the Class A South Atlantic League, where he earned $30 million as salary. As of 2021, his net worth is estimated to be $200 million.

Alex Rodriquez, famously known as “A-Rod,” is an American former baseball third baseman and shortstop. He played 22 seasons in the MLB for the Texas Rangers, New York Yankees, and the Seattle Mariners. In 2007, he became the youngest baseball player to ever hit 500 home runs in Major League Baseball. He played a major role in helping the New York Yankees win the 2009 World Series Championship, the team’s first world title.

According to NBC Sports, Selig formerly served as the Commissioner Emeritus of Baseball. No he’s not a player but come on, the guy’s got money.