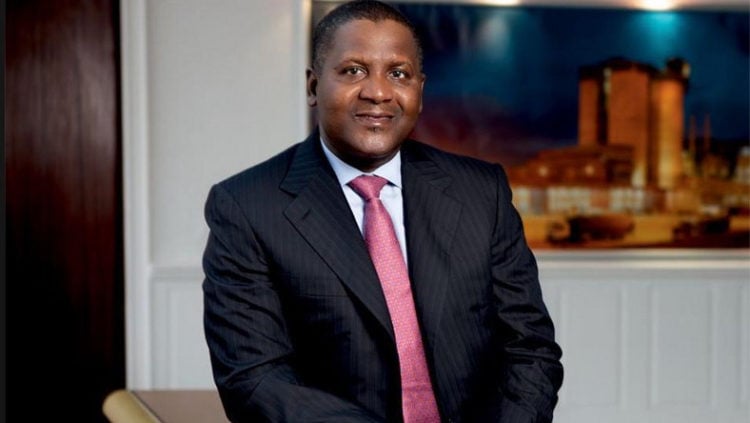 If you’re interested in finding out exactly who the richest people in the world are, then thanks to the internet, you can. With the likes of Forbes et al keeping regular tabs on the bank balances of the world’s most high-profile billionaires, finding out which business people, tech giants, and heirs have the biggest fortunes is just a click of a mouse away. Here, we take the hard work out of your search by rounding up the 10 richest people in Africa in 2019.

As the eldest child of Angola’s former President José Eduardo dos Santos, the vast bulk of Isabel dos Santos’ wealth comes from her family’s power and connections, both of which have enabled her to take stakes in high profile enterprises engaged in business activities in Angola. Some of her key investments in recent years include Trans Africa Investment Services, Unitel International Holdings B.V, Santoro Finance, Esperaza Holding B.V., and Condis. As a result of her strategic investments, dos Santos has been named one of the BBC’s 100 most influential women in the world, as well as Africa’s first female billionaire.

Egyptian entrepreneur, politician, and businessman Mohamed Mansour ranks as the 9th wealthiest person in Africa with a net worth of $2.3 billion. He can thank his wealth on his position as chairman of Mansour Group, Egypt’s second-largest conglomerate by revenue. Mansour has led the group since 1976 when he assumed control after his father’s death. Other significant achievements include owning exclusive distribution rights for Caterpillar equipment in several African countries and becoming one of General Motors’ biggest global distributors after establishing the first GM dealerships in Egypt in 1975.

With a net worth of $2.4 billion, Koos Bekker ranks as the eighth richest person in Africa. Bekker’s wealth has its origins in his position as the chairman of Naspers, an emerging markets media group that can claim the largest market capitalization of any similar company outside the US and China. In 2001, Bekker invested in the Chinese internet and media corporation Tencent (a firm he now holds a 31% stake in), which significantly helped Naspers grow its market capitalization from about $1.2 billion to $45 billion.

Although he may not be quite so wealthy as his brother Nassef, Naguib Sawiris still ranks as one of the richest men in Africa. Sawiris currently sits as the chairman of Orascom Investment Holding (previously known as Orascom Telecom Media & Technology), a company he’s developed into one of Egypt’s largest and most diversified conglomerates since joining in 1979.

As the founder and CEO of Cevital, Algeria’s biggest privately-held company, Issad Rebrab sits at the head of a company that owns one of the largest sugar refineries in the world, a steel mill in Italy, a water purification company in Germany, and the French home appliances maker Groupe Brandt. With expansionist plans already in the works (including a steel plan in Brazil), both Cevital and Rebrab’s wealth is set to grow significantly in the coming years (although with an existing net worth of $3.8 billion, the latter’s is already considerable enough).

Johann Rupert’s considerable wealth of $6.2 billion comes courtesy of the luxury goods firm Compagnie Financiere Richemont. Richemont was founded in 1998 by Rupert in Geneva, Switzerland, and has since grown into one of the most profitable businesses in its class, generating revenue of €10.979 billion in 2018 and a net income of €1.210 billion. Among its many subsidiaries are such big-name brands as Azzedine Alaïa, Van Cleef & Arpels, Cartier, and Dunhill.

As heir to the DeBeers fortune, some may say Nicky Oppenheimer’s wealth was guaranteed, rather than of his own making. While it’s true that Oppenheimer was never going to end his life in poverty, he’s also made some very wise decisions that have helped increase his wealth to the point of being the 3rd richest man in Africa. In 2012, he sold his 40% stake in DeBeers to Anglo American for $5.1 billion; two years later, he launched Fireblade Aviation, a full-service private charter business offering both domestic and international flights.

With a net worth of $7.6 billion, Nassef Sawiris currently ranks as the 3rd richest man in Africa. Sawiris’ wealth comes from OCI, one of the world’s largest nitrogen fertilizer producers, as well as his position as the supervisory director of Adidas AG and chairman of English premier league club, Aston Villa F.C.

As Strategic Business Team notes, Mike Adenuga’s route to becoming Africa’s second richest man is a classic rags to riches tale: after starting as a cab driver, he managed to lose two Telcom licenses and a bank before fleeing into exile, only to make his glorious return as the founder of Globacom, the fastest growing GSM network in Africa. In addition to holding such prestigious titles as Officer of the Order of the Niger (OON), Adenuga also holds a staggering $8.8 billion net worth.

With a net worth of $9.2 billion, Aliko Dangote is the wealthiest black man in the world. His wealth comes from his position as founding chair of Dangote Cement, the biggest cement producer in Africa. According to Forbes, Dangote netted almost $650 million in dividends from profits from the company in 2018, which helped prop up his already giant fortune even further. Dangote’s considerable wealth is only set to grow over the next few years: he’s already announced plans to list Dangote Cement on the London Stock Exchange in 2020, which should result in some very healthy returns for both the company and Dangote.