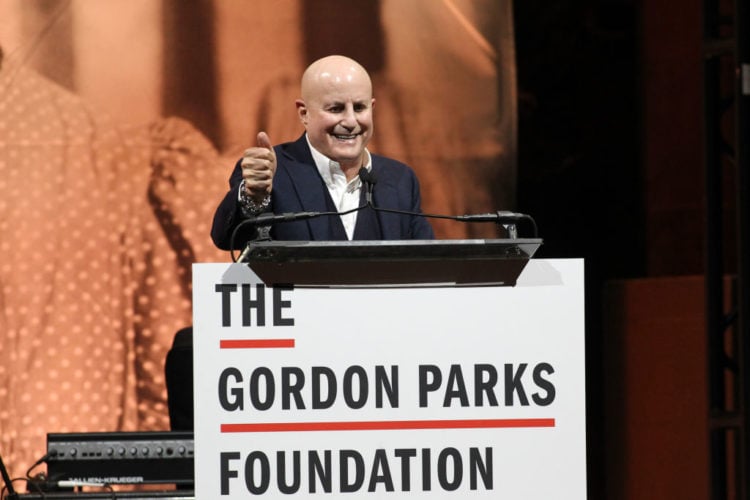 Pennsylvania is far from the richest state in the US. In terms of median income, it sits almost squarely in the middle. But just because most people are earning a mediocre wage doesn’t mean some aren’t earning the kind of salary that would inspire a case of the green-eyed monster in even the best of us. As with most places, the difference between the haves and the have nots is vast and growing vaster by the day. The state now has over a dozen billionaires and more millionaires than you’d want to know about. But which of them ranks as the very richest? Find out as we count down the 10 richest people in Pennsylvania.

In 1985, Richard Yuengling Jr. bought his father out of the family’s struggling brewery. It’s since gone from producing 137,000 barrels a year to around 2.8 million, making it the largest craft brewery in the US and the largest wholly-owned US brewery. Thanks to his 100 percent ownership of the company, Yuengling, who is a divorced father of four daughters, all of whom work at Yuengling, enjoys the very healthy net worth of $1.2 billion.

Richard Hayne is the president and CEO of Urban Outfitters, Inc., a chain of clothing retailers he established with his former wife, Judy Wicks, in 1970. Since launching the first store on the campus of the Univesity of Pennsylvania, the company has grown to encompass over 400 global outlets spread across 4 central brands: Free People, Anthropologie, Terrain, and Urban Outfitters. Although his net worth has taken a dip in recent years, it’s still a very substantial $1.2 billion, a figure that ensures his continued place among Pennsylvania’s richest people.

Brian Roberts is the chair and chief executive officer of Comcast, a telecommunications conglomerate headquartered in Philadelphia. Since Roberts’ father Ralph founded the company in 1963, Comcast had grown phenomenally. It now ranks as the second-largest broadcasting and cable company globally, and the largest internet provider in the US. Nine years after taking over the presidency of the company, Roberts’ father transferred the majority of his voting shares to his son. As a result, Roberts’ now has sole voting power over around 1/3rd of the company stock, something that’s no doubt contributed to his $1.8 billion net worth.

Bennett Dorrance is the grandson of John T. Dorrance, the inventor of Campbell Soup Company’s canned formula. When Dorrance’s father, John T. “Jack” Dorrance Jr died, Bennett, along with his siblings, inherited the majority share in the company. His current net worth of $2.4 billion derives from both the 15 percent stake he holds in the company, and his position as the founding partner of the real estate development company, DMB Associates.

Jeffrey Lurie is best known as the outspoken owner of the Philadelphia Eagles, a team he bought in 1994 for $185 million and which is now worth $3.1 billion. At various points in the past, he’s served in an executive position at General Cinema Corporation and as a professor of social policy, He’s also produced several Academy Award-winning documentaries via his production company, Chestnut Hill Productions. According to Forbes, he’s worth $3 billion.

At the age of 14, Michael G. Rubin used $2,500 he’d saved in bar mitzvah gifts to open a ski shop named Mike’s Ski and Shop. By the time he was 19, he was several hundred thousand dollars in debt: his father bailed him out on the condition he went to college. He did, but it didn’t last long. After dropping out of Villanova University, he launched GSI Commerce, which he subsequently sold to eBay in 2011 for $2.4 billion. He now serves as the executive chairman of Fanatics, the leading provider of licensed sports merchandise, and Rue Gilt Group. He’s estimated to be worth $3 billion.

Mary Alice Dorrance is the daughter of John T. “Jack” Dorrance Jr, the last Dorrance to own the Campbell Soup Company. When her father died in 1989, around one-third of the company fell to Mary and her two brothers. According to Wikipedia, Dorrance is now the largest shareholder of the company. She also serves as a member of its board. A keen equestrian, Dorrance owns large estates and riding centers around both Pennsylvania and Florida.

Joshua Harris is the co-founder of Apollo Global Management, one of the biggest alternative investment firms in the world. According to phillymag.com, he oversees $269 billion in assets as senior managing director of Apollo. He’s also the majority owner and managing partner of the Philadelphia 76ers of the NBA, the New Jersey Devils of the NHL, and Crystal Palace of the English Premier League.

Just missing out on the position of Pennsylvania’s richest person is John S. Middleton, heir to the cigar-producing company John Middleton. Inc, majority owner of the Philadelphia Phillies baseball team, and a man reputed to worth a mammoth $3.5 billion. His main claim to fortune (if not necessarily fame) is John Middleton, Inc, a company established by his family in 1856. By the time John came to inherit and subsequently sell the business to the Altria Group for $3 billion, it had grown from its origins as a small-time Philadelphia-based tobacco shop into the third biggest manufacturer of cigars in the world. A noted philanthropist, Middleton and his wife, Leigh, are the 2014 recipients of the Philadelphia Award in honor of their charitable contributions to the city.

At number one on our ranking with a monster net worth of $9.4 billion is Ronald Perelman. A polymath with the Midas touch, Perelman has enjoyed success as a banker, a businessman, and an investor. His company, MacAndrews & Forbes Incorporated, has interests in everything from gaming and jewelry to comic book publishing and makeup. He also owns shares in companies that include Revlon, SIGA Technologies, Valassis, and RetailMeNot.