Home
Sports
The History and Evolution of the Philadelphia Phillies Logo 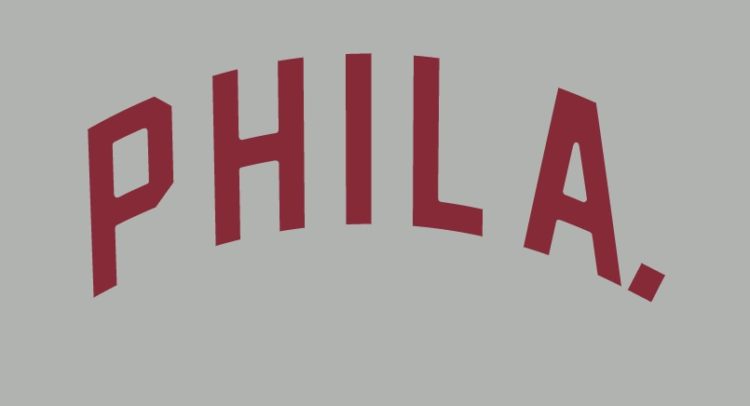 As one of the most storied and oldest franchises in Major League Baseball, the Philadelphia Phillies have attracted a fan base around the world. They are one of the few teams today that have been around for more than 100 years and are still playing in the same city. In fact, many would argue that Philadelphia and the Phillies are joined at the hip. It is a team that multiple generations of people across the region have grown up following. With the Phillies comes the logo. This is the face of the team, and it has changed more than a few times throughout the years. Here is a brief history and evolution of the Philadelphia Phillies logo for you.

The first ever Phillies team took the field in 1900. This would see a Blue P in a block letter format as the logo. Interestingly enough, that would only last for one season, after which the color of the ‘P’ changed to black. It was still in a block letter format. The team switched to an Old English style font for the 1910 season. That ‘P’ would be in green and would be in use for one season. The block letter ‘P’ would return from 1911-1914. This one was in red and was a bit thinner than the earlier designs.

Many consider this to actually be the first Phillies Logo, as it was much more than just a block letter ‘P’. This would have a Philadelphian standing out in the middle of a baseball diamond that is dark blue. The circle around the logo is red and has a subtle blue trim. There is also a white wordmark that forms the words PHILADELPHIA NATIONAL LEAGUE BASEBALL CLUB. This is over the red background.

The logo would change for this one season. You will notice that the emblem is still the same, but the Philadelphian is now standing up in the middle of a baseball diamond that is yellow. The circle is also yellow, as are the now iconic words ‘PHILADELPHIA NATIONAL LEAGUE BASEBALL CLUB”.

Here we see the same emblem that started the logo design back in 1915. The difference is that the Philadelphian is now standing in the middle of a baseball field that is light blue in color. The circle is now gray with a soft red trim going around it. The wordmark is still yellow, forming the words PHILADELPHIA NATIONAL LEAGUE BASEBALL CLUB.

This season would be right in the middle of World War II. It was also smack dab in the middle of what would become a 16 years losing streak for the team. Fan attendance was at a near record low, so the club hired an outside marketing consultant to try and turn it all around. One of the things they did was redesign the logo. This one would not last long, but it was a blue jay sitting on top of the scripted red ‘Phillies’. A star was over both of the ‘i’ letters.

The logo changed dramatically this year. There would be a red square, and inside that was a Phillies player sliding into home with the catcher there, but the ball has not yet arrived. The wordmark was in white and below the players. It said ‘Fightin’ Phillies’.

This era saw the logo change again with a red Phillies cap. The cap had a baseball that was circling it, complete with four stars around the circle. The work mark was now red and contained the scripted word ‘Phillies’.

The single ‘P’ would make a comeback for 10 seasons. The 1981 season has the P in a red color, with a baseball in the center. Subsequent years turns the color to maroon.

Until recently, the logo with the Liberty Bell inside of a baseball diamonds. The red scripted word ‘Phillies’ was spelled out over the bell. 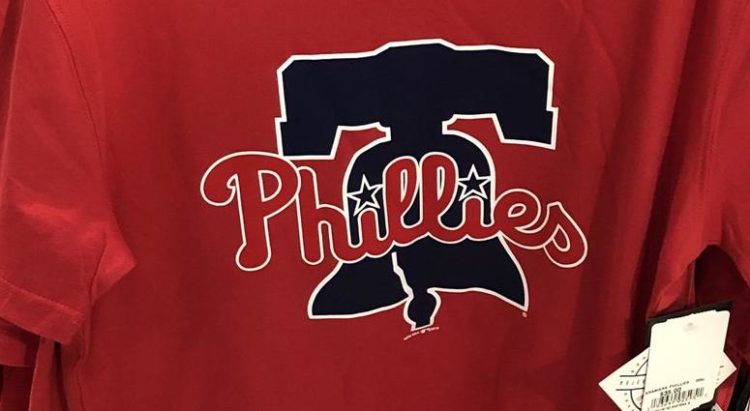 This new logo has a bigger blue Liberty Bell, without the baseball diamond. The ‘Phillies’ is also more pronounced and a bit longer.

Who knows what the future holds for the Phillies logo. One thing that is for sure is that the team still benefits from a worldwide fan base. As one of the most recognized teams in professional sports, the future is indeed bright.