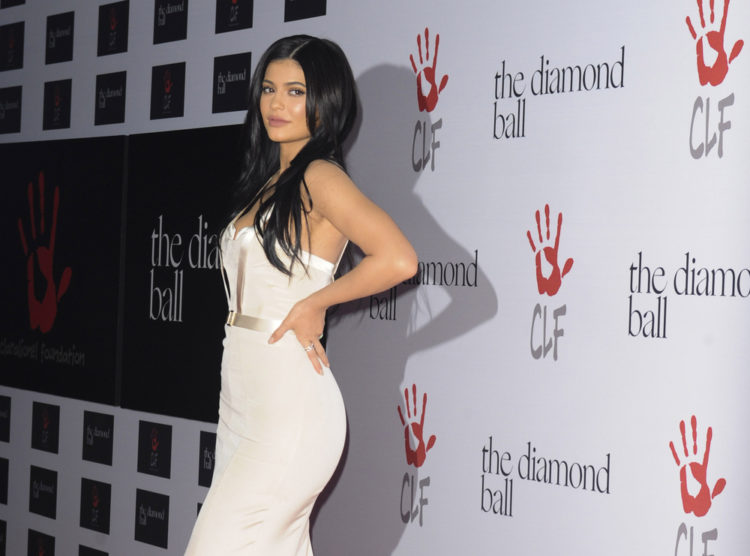 TikTok began as a social media platform in China in 2016. It’s only been active for five years but in the short time since its inception, it has spawned some of the most popular users in social media today. TikTokers used the site to promote their businesses with heavily monetized sites. Some of the most famous people in social media started on sites like Vine and YouTube, then migrated to the now popular TikTok. It’s spawned its share of multi-millionaires who have become incredibly rich from their video posts. Millions follow these social media stars and it has resulted in some very rich TikTokers. Here are the 20 richest TikTokers in the world today.

Josh Richards launched his TikTok career in 2019. Within two years he turned his videos into a business that has amassed a following of nearly 25 million. It didn’t take long for him to become one of the biggest stars on TikTok. Josh is known for his videos that feature singing, dancing, and lip-syncing. What helped Josh the most was the high viewership that made him attractive to some major brands who were happy to develop lucrative partnerships with him. He has partnered with Ani Energy, HouseParty, Reebok, and he is also a merch influencer who has his own talent managing company. Josh is the twentieth richest person on TikTok for 2021.

Riyaz Ali is a TikToker who hails from the country of India. He is a star on the platform who became famous for his duet videos and his lip=syncing. He launched his career on Instagram in 2017 but made the move to TikTok where many of his followers joined him. He’s a 17-year-old who has become a multi-millionaire from doing what he loves the most. Riyaz has more than 40 million followers with high earnings of $35,000 per post.

Jacob Sartorius started his social media career on YouTube and Vine. He posted his well-received comedy videos, then added lip-syncing videos. He joined TikTok in 2016. The 18-year old has massed an unbelievable 1.5 billion likes on the streaming app along with 25 million followers. He is an international sensation who tours across the world. he released a single called “Sweatshirt” in 2016, and it went to the top 100 on Billboard.

Dixie D’Aeliio is the sister of Chali D’Amelio, her younger sibling who is also a famous content creator. Dixie began her career with dance but it quickly evolved into a singing career. Her popularity went wild after she released her single “Be Happy” in 2020. This was followed by a second single that was performed with Wiz Khalifa later that year. She has been involved with multiple sponsored posts with a variety of different brands that have increased her yearly earnings through TikTok to an estimated net worth of $3 million.

Zach King is best known for his short video content that began before TikTok became a thing. He started on Vine and YouTube and became a social media sensation. In 2016 he joined TikTok and with rapid speed, he became one of the platform’s biggest stars. He has amassed several followers that are above 50 million. In 2019, one of his TikTok videos received more than 2 billion views which has helped to boost his total net worth to around $3 million.

Brent Riera began his professional career as a child actor. By the time he was 11 years old, he appeared in television commercials. He became a member of Vine when he was in high school and then moved to YouTube where he continued acting, making appearances with other YouTubers as well as appearing in various productions. He founded AMP Studios where he works in influencer marketing. On his TikTok account, he has a little over 37 million followers with a net worth of $4 million.

Loren Gray is a young TikTok star who began when she was a very young kid in the sixth grade. She started on Musical.ly. platform before it became TikTok in 2015. In 2021, Ms. Gray has amassed a huge following of more than 50 million. Her popularity soared after she signed a 2018 deal with Virgin Records and released a total of 8 singles. Her music career is flourishing, but she also formed some lucrative partnerships with a few major brands. These include Revon, Hyundai, Skechers, and Burger King.

AddisonRae was an LSU student who joined TikTok to post a few dance videos in 200. She started with simple moves, but her popularity took off, and soon she had a base of more than 50 million followers in a few months. She has now surpassed the million follower mark and she has monetized her content with some of the biggest brands in the business. She has collaborated with Reebok, American Eagle, Daniel Wellington, Fashion Nova, and others. She has also developed her own line of cosmetics that she calls Item Beauty. It’s a vegan line that has also become successful. She earns about $5 million a year on TikTok and this is also her estimated net worth as of 2021. Easterling is a good example of how you can earn a good living doing the things you love.

Liza Koshy started her career as a social media sensation in 2013 when she posted her comedy videos on Vine. She also operated a YouTube channel where she posted videos about how there is a lot of pressure on people to fit into society. She is also an actress among other things. She joined TikTok in 2016 and has monetized the site with her humorous content. She is a significant influencer who has well-monetized her site. Her current net worth is estimated to be around $6 million.

Baby Ariel became famous for her lip-sync videos on Musical.ly before it became TikTok. She garnered more than 35 million followers. Since she began, she has added to her videos and she has ventured into the dancing and acting arenas. It doesn’t seem to matter what Baby Ariel chooses to do because she has a dedicated following of fans who love anything she posts. It is her variety that draws so many followers because they never know what she is going to do next. She is known for her strong stand against bullying and her campaign to end bullying has led to a feature on People Magazine. She has also appeared on The Disney Channel and Nickelodeon. Her popularity has resulted in Baby Ariel amassing a net worth of around $6 million.

Charli D’Amelio is a TikToker who has gained more than 107 million followers. She began her social media career in 2015 when she was only 15 years old. She is a video creator who specializes in dance challenges. She became one of the most famous TikTokers in the world. Charli has opened for some of the biggest names in the entertainment business including the Jonas Brothers, she has been on the “Tonight Show, and she has also made a lot of deals with some big-name brands like Invisalign, EOS, and others. Her estimated net worth in 2021 is around $8 million.

Kimberly Loiza is one of the highest-paid influencers in Generation Z. She provides a series of music videos, vlogs, and other media with content that is generated through her personal life. She doesn’t maintain a consistent theme and it has attracted more than 39 million followers on TikTok. She joined the site in 2019 and her content is wildly popular with Spanish-speaking viewers. She has amassed a large fortune with a net worth of $10.75 million as of 2021.

Jojo Siwa is one of the most famous little girls in the world today. She began her career on television as a participant in multiple dance competitions. The talented youngster also has a talent for singing and in 2016 she made it big with her single “Boomerang. She also became an actress and she developed a fashion accessories line that sells off the shelves fast thanks to her massive fan base. She started on YouTube and also launched a TikTok account. She has more than 33 million followers on the site and she has an estimated net worth of $14 million as of 2021.

Jason Derulo is the seventh richest TikToker in the world for 2021. He has a net worth of $16 million. He began writing songs or sanity Kane, Kingston, and Diddy, along with Lil Wayne. He had his first hit single and record deal in 2009 and became an international sensation. he’s a popular singer, songwriter, reality television star, and stage actor. Jason Derulo’s 2020 song “Savage Love” became a viral sensation on TikTok. He has amassed a total of 44.4 million followers on the site and a $16 million estimated net worth.

Lucas and Marcus are also known as the Dobre Twins. The two started their career on Vine with a large following of 1.8 million who loved their dance videos. The agile pair thrilled their viewers. They also launched a YouTube channel where they gained yet more followers as they added massive amounts of humorous and interesting content including food challenges and prank videos. The Dobre Brothers also cut a record deal in 2018. They’re among the most famous and the richest TikTokers in the world today.

James Charles is a makeup artist who began his illustrious social media career in 2015, posting makeup tutorials on his youtube channel. He became very popular on the channel and within a year his tweets went viral. He became the male ambassador for the CoverGirl brand within 1 year at the age of 17. James Charles has worked with many famous stars and he currently has 36 million followers on his TikTok channel. He has a net worth of $22 million as of 2021.

BTS is one of the biggest sensations in K Pop today. The famous boy band has been popular since its inception in 2013. They joined TikTok after becoming international sensations and they now have a group of more than 31 million followers. Their net worth is $100 million making them the fourth richest TikTokers for 2021.

Dwayne Johnson is also known as “The Rock.” He is a famous film star who got his start as a professional wrestler. He was one of the biggest stars on the WWE. He is also a TikToker who has amassed 35.4 million followers with a net worth of $320 million. He’s the third richest TikToker in the world.

Will Smith is a film and television star who also became famous when he was a part of the rap duo DJ Jazzy Jeff and the Fresh Prince. On TikTok, the Grammy award-winning star has more than 50 million followers with a net worth of $350 million, making him the second richest TikToker in the world today.

Kylie Jenner is the richest TikToker in the world for 2021. She became famous as a reality television star. She also owns a cosmetic brand. She is a self-made billionaire and the youngest one at that. On TikTok, she has a base of 28.1 million followers with an estimated net worth from the site of $700 million.