Home
Business
Technology
What is Robot Dexterity and How Advanced is It?
Prev Article Next Article 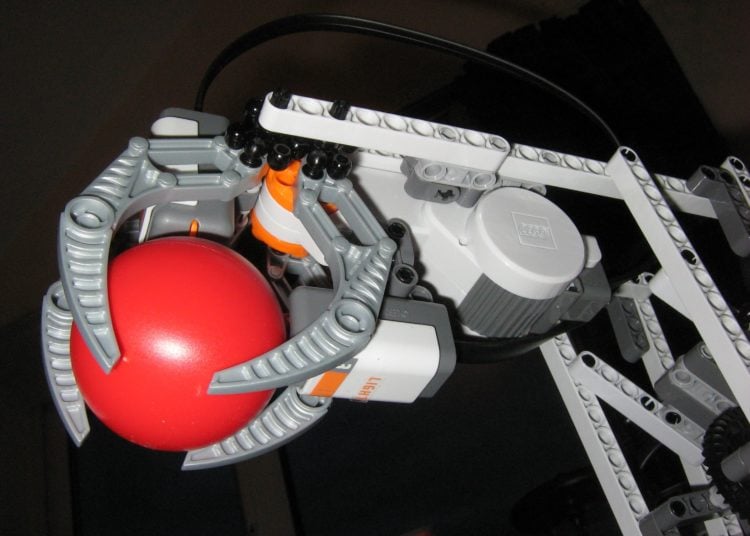 In this day and age, we no longer ask the question as to whether robots could be integrated into our daily lives. The answer to that is a resounding yes, as developments in the field of robotics, science, technology, and engineering evolve every single day all over the world. The questions that many are asking today are more specific. What can a robot actually do? How well can a robot perform a specific task? How much can a robot actually improve our daily lives and in what ways? These questions are all related to the idea of robot dexterity, and we’re going to take a closer look into how much this idea has advanced over the course of the last few years.

Respecialist.com defines robot dexterity as a “robot’s ability to cope with a variety of objects and actions.” Robots have advanced dramatically in the last couple of decades. Robots are now being used in so many different ways. Robots began appearing in automotive factories in the early 60s, and since then, they’ve become a part of various other industries. Robots changed the world of manufacturing for the better, even though many today attribute loss of employment to the use of robots in certain industries.

We’re now seeing robotic technology in places where we never thought they’d appear. For example, robots have been performing medical surgeries with laser-precision technology since the mid-80s, and the developments in that field have only advanced and continue to do so. In our lifetime, we’ve also seen a few robots get sent to other planetary bodies in our solar system. The Sojourner Rover was sent to Mars in 1997 to navigate the planet’s landscape and collect data about its environment. In the 90s, we’ve also seen the popularity of robotics enter the home realm. We saw robotic pets become all the rage, and robot pets have only gotten more realistic and more responsive as the years have passed.

In the 2000s, humanoid robots began to emerge more and more. People began asking whether androids could one day be integrated into the human culture. Scientists and engineer began to really talk about robot dexterity and what it could mean for the general population. Robots are being developed today to be able to perform tasks that would’ve been only possible to humans before. Humanoid robots or androids are becoming more and more like humans today, and the representation of robotics has dramatically changed the face of the future. We’ve always associated robots with futuristic ideas, and it seems that the future is happening now.

The level of industrialized robotic dexterity is already at an impressive place. The fact that robots today can perform highly technical neurosurgeries is a big deal. The fact that robots can also collect data from an orbiting object in outer space is also a big deal. But both of those capabilities are old news. The recent developments in the field are more focused on objectives that are applicable to daily living.

Robot dexterity is becoming more advanced every day. Engineers and developers are now looking at it with a more practical approach. Some examples of how advanced robot dexterity has become are evident in popular culture. For instance, the development of self-driving cars has been popularized in the media. Self-driving cars were science fiction just a few decades ago, but they started to come about in the mid 2000s.

In 2004, automotive company Honda revealed robotic products that can help support people with weak walking muscles. These products include a robot system that can help support body weight, one that serves as a one-wheel mobility device, and another that can replace a leg altogether—not as a prosthetic but more as a robotic limb. In 2005, Honda introduced ASIMO to the world. ASIMO is a humanoid robot that should eventually be capable of providing assistance to humans. ASIMO is continuously being improved to increase functionality and capability.

We’ve seen the “Starfish” robot from Cornell University, which can teach itself how to walk even after incurring damage. We’ve also seen the entertainment robot i-Sobot, which is another humanoid robot capable of performing kicks, punches, tricks, and various other special actions. This robot was fairly advanced, and it was created about 12 years ago in 2007, and plenty of other advancements in robotics have happened since.

Commercial and industrial robots have continued to assist humans in various tasks that might be too dangerous or tedious to do. But in 2017, the most advanced humanoid robot was introduced to the world. The robot Sophia was featured at the Future Investment Summit in Riyadh and was granted citizenship by the Saudi Arabian government. Sophia was the first robot to ever have a nationality, and it has posed a lot of controversy and ethical issues.

It’s unclear how long it would take for robots to develop the kind of dexterity that human hands have, and at this point with technology, we are far from even approaching it. Current research has allowed an intermediate level of functional robotic capacity—for whatever purpose, be it industrial, commercial, or other—and robots today are created to perform specific functions. A fast robot may not always be the best in handling, but that doesn’t mean it isn’t equally “skilled.” There are no classifications that categorize robots according to skill, and robot dexterity today is no more than a developing model. While the future of robotics is happening now, there is still plenty of ground to cover. Robot dexterity is probably one aspect that will continue to evolve; but in the world of robotics, we basically still have a long way to go.