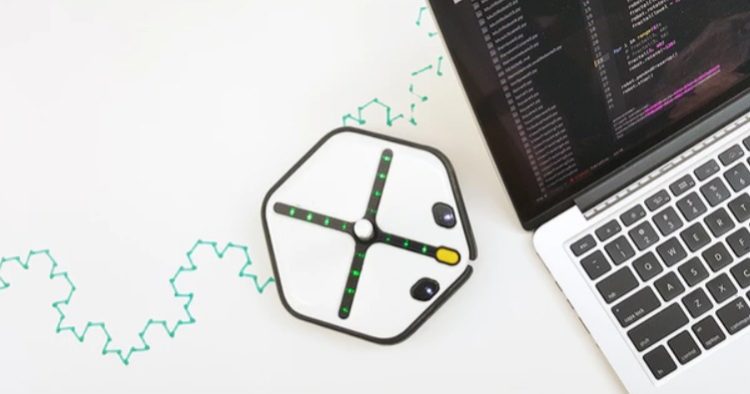 There are numerous robots out there that are meant to teach coding to interested individuals. This makes sense because most people see robots as being pretty cool, meaning that using a robot to teach coding is a simple and straightforward method for securing people’s interest in a natural manner. Moreover, it is a convenient way in which to let those same individuals see the fruits of their labor in the robot’s new actions, thus providing them with a regular boost of motivation to enable them to keep on learning. As such, there is a notable market for robots that serve as teaching aids for those who are interested in coding but might need something to make it easier on them.

Of course, a crowded market tends to be a problem for new entrants. After all, if a new entrant’s product and service has nothing new to enable it to stand out, it is going to struggle against bigger and better-established competitors, thus making their experience that of an uphill struggle the entire way. Fortunately, the people behind Root are perfectly aware of this fact, which is why they have made sure that it has something that enables it stand out from its competitors.

In short, Root is meant for kids who are just starting up to people who are already going to college. This is interesting because most robots that teach coding are targeted at very specific age groups, thus putting a serious limit on their potential users. In contrast, Root has no such limitation, thus making it of interest to a wider group of potential users plus their parents than otherwise possible. Of course, this is excellent on a more practical level as well, seeing as how this means better value because of longer usage.

With that said, it is important to note that there is much more to Root than just its suitability for a wider range of age groups. For example, it boasts an attractive design that makes for a pleasing exterior, which might seem trivial but really isn’t when the product is supposed to be something that makes people want to play with it. Likewise, it is interesting to note that Root comes with a number of fascinating functions built into it, with examples ranging from sensors that can pick up on the colors that it moves over and a magnet that enables it to cling to surfaces so long as there is something kind of metal underneath to the ability to raise and lower a pen so that it can be used to draw and doodle as desired.

However, chances are good that most people will be paying attention to the fact that it comes with both a code mode and a game mode. Essentially, the code mode is supposed to let interested individuals program what they, while the game mode is meant to encourage them to learn specific things by overcoming the challenges presented to them. In effect, the former is well-suited for people who are seeking to have some fun with Root with minimal rails on their programming, while the latter is more meant to help users who need some guidance when it comes to their coding self-learning. Regardless, what matters is that when these two capabilities are combined, they enable interested individuals to grow more than otherwise possible by making good use of this teaching robot.

Of course, there is a great deal more information about Root that interested individuals will want to look into. Coding has become more and more important in a world that is becoming more and more computerized. As a result, if someone wants to either learn coding or help their kids learn coding, it makes sense to put some serious effort into choosing the best option possible. Luckily, Root has been out for some time, meaning that interested individuals should have no problems finding someone willing to share their experiences with the teaching robot. Something that should help them make up their own minds about whether it is suited for their needs and desires or not.