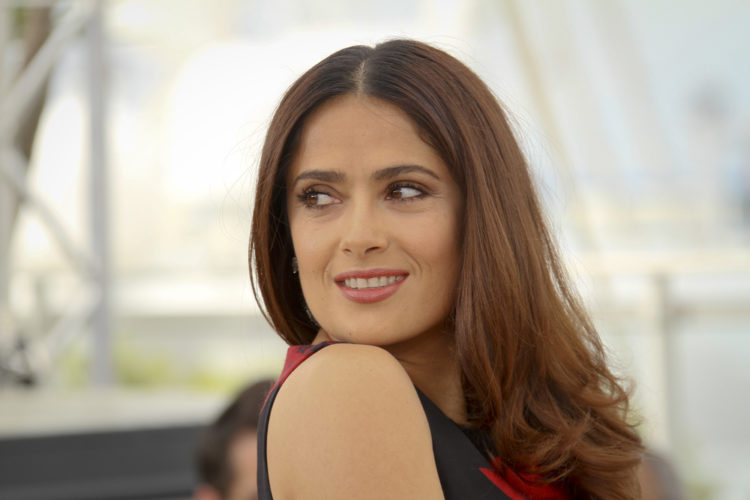 Generally speaking, Salma Hayek is best-known for being a Mexican-American actress. However, it is important to note that she has been involved with other enterprises in other ways as well. Combined, these efforts have enabled Salma Hayek to build up a current net worth of $200 million as estimated by Celebrity Net Worth.

How Did Salma Hayek Reach Her Current Net Worth?

Hayek was born in the Mexican state of Veracruz. Her father is a businessman of Lebanese descent, while her mother is an opera singer turned talent scout of Spanish descent. As such, Hayek came from a well-off background, with the result that she attended private school before going on to study at the Universidad Iberoamericana. Despite her eventual career, she didn’t study either acting or some other kind of fine art at the very prestigious school. Instead, she studied international relations.

In any case, Hayek had managed to get the lead role on a Mexican telenovela called Teresa in 1989. For those who are unfamiliar, the Mexican TV and film industry is very influential. After all, its output is consumed not just in Mexico but also throughout the rest of Latin America. As such, when Hayek’s role proved to be a success, it made her famous throughout said region.

Naturally, Hayek’s success with Teresa enabled her to land more roles in more Mexican projects, which proved to be successful as well. In particular, it is worth mentioning Midaq Alley in 1995, which is still considered to be one of the best Mexican movies ever made. Eventually, Hayek made her way to the United States, where she has said she was an illegal immigrant for a short time because of an expired visa. Perhaps unsurprisingly, her experience in Hollywood wasn’t wholly smooth, as shown by her own statement that she was subjected to racial discrimination because of her Mexican heritage. On top of that, Hayek struggled with dyslexia as well as a lack of fluency in the English language.

Still, she persevered, with the result that she started getting roles in Hollywood. For example, she had a starring role opposite Antonio Banderas in Desperado in 1995. Likewise, she had another starring role opposite Matthew Perry in Fools Rush In in 1997. By 2000, Hayek had founded a production company called Ventanarosa, which has been involved in the making of both movies and TV shows. For instance, she was a co-producer of the biopic Frida about the famous surrealist Mexican artist Frida Kohl, for which she also received an Oscar nomination because of her role as the titular character. Since that time, while Hayek has continued acting, she has also continued being involved in various projects in other ways. One excellent example would be how she was an executive producer on Ugly Betty. Another excellent example would be how she has directed a music video for Jada Pinkett Smith. Currently, Hayek is set to show up as the character Ajak in the upcoming Marvel Cinematic Universe movie called The Eternals, who will apparently be the leader of the titular group.

Besides her involvement in the entertainment industries, Hayek has also been very active when it comes to promotional work. For instance, she is still a spokesperson for Avon cosmetics, which is rather remarkable because she has held said role since February of 2004. However, that is far from being Hayek’s only involvement in promotional work, seeing as how she has also represented everything from Revlon to Cartier. As such, it seems safe to say that she has earned a fair amount of money from such activities as well.

Like a lot of actors and actresses, Hayek has also been involved in other enterprises. In particular, it is worth mentioning that she co-founded a juice delivery program, which has since expanded in beauty products as well. On top of that, Hayek has also launched her own cosmetics, skincare, and haircare products, which have presumably further contributed to her current net worth.

For the time being, Hayek’s net worth is estimated to be around $200 million. However, it is important to remember that this figure is an estimate and nothing but an estimate. After all, it was produced by interested individuals using very incomplete information about the state of her finances, meaning that it should be afforded no more than a limited measure of trust. Still, that doesn’t mean it is useless, seeing as how it can still provide interested individuals with a very general idea of what she has earned over the course of her career.

Moving on, it seems very likely that Hayek has earned the bulk of her money through her involvement in both movies and TV shows. Besides that, there are also her promotional work as well as her involvement in various businesses. However, it will be interesting to see whether this will remain the case in the times to come.

Generally speaking, actresses tend to have shorter careers than actors in Hollywood. There are some actresses who manage to defy the trend, but they are very much the exceptions who prove the rule that actresses get the most roles as well as the most lucrative roles when they are still young. Meanwhile, Hayek is now in her early 50s, which is well past that point. However, it is worth mentioning that she has continued acting the entire time. Yes, she is best-known for projects that are now quite some time in the past, but she has continued showing up in various movies and TV shows throughout the 2010s. Moreover, Hayek isn’t just showing up in The Eternals but also other upcoming projects such as The Hitman’s Wife’s Bodyguard and Bliss. As such, it seems that Hayek might be one of those actresses who have managed to defy the trend, which is impressive.

In any case, Hayek’s net worth seems like it will continue to increase in the times to come. She is still working as an actress, so there is that income stream. Furthermore, she is still involved in her other money-making activities as well, meaning that they will presumably continue contributing to her net worth as well. Of course, no one in the public can say how much her net worth will increase by in the times to come, but no doubt interested parties will continue to come up with new estimates based on new information.