Home
Travel
So What Exactly is an Interjet?
Prev Article Next Article 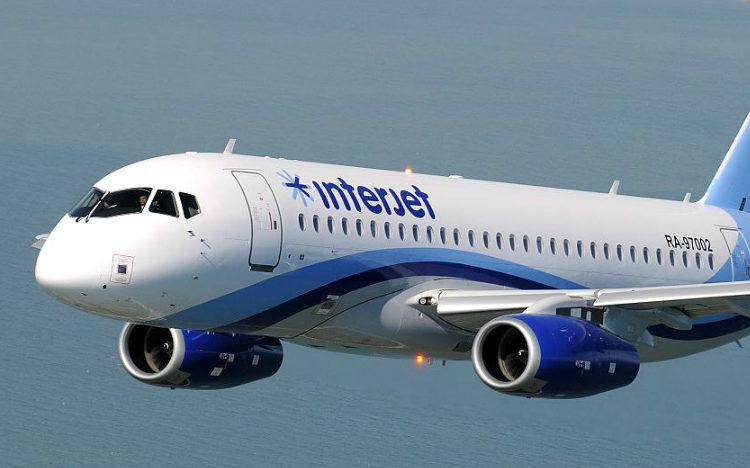 Have you ever heard of the company called Interjet? If you haven’t, you’re certainly not the first person that would say no. As a matter of fact, there are a lot of people that haven’t yet heard of this company but that’s almost certain to change. As it turns out, Interjet is a Mexico-based airline that’s really changing the way things are done in the airline industry. If you think that it should be dismissed simply because you haven’t heard of it before, you’re doing yourself a disservice. This is an airline that definitely deserves a closer look, and all of the reasons why will be discussed in the following paragraphs.

First and foremost, you have to talk about safety. After all, when you’re boarding an aircraft that’s going to be flying at approximately 39,000 feet and hurtling through the sky at anywhere between 300 and 600 miles an hour, you want to know that you’re going to be safe. You probably won’t be surprised to know that there’s a website that rates every single airline that operates all over the world. The highest score an airline can get is 7 and Interjet managed to rate exactly that. That means that they have the highest safety rating that any air carrier can have. Now you know that you don’t have to worry about safety, but what about everything else?

The aircraft that are operated by the company are among some of the best aircraft that are currently flying. For longer flights, Interjet uses Airbus A380s. More moderate flights are handled by the Sukhoi Superjet 100. In either case, these are aircraft that are built by manufacturers who have been building airplanes for years and they know how to get the job done right. Another thing that really sets this company apart is that they have all of their aircraft custom-built so that they don’t contain as many seats as they’re actually capable of carrying. This means more room for you when you’re sitting in those seats and it’s a lot more comfortable for a long flight, to say the least.

Now you know that you don’t have to worry about safety, nor do you have to be concerned about being crammed into a seat like a sardine for hours on end. Since those two things have already been thoroughly addressed, the only thing left is price. If you’re looking for a bargain, you have definitely found it here. At a time where most airlines are charging $500 or even $600 or more to fly on a round trip ticket, Interjet is charging about $225 for those same destinations. While it might be hard to believe that you can get on a comfortable airplane that’s safe to fly on and pay less than half the amount of money you might expect to pay for a comparable ticket on a competing airline, that is exactly what you are getting with Interjet.

It’s also worth noting that all of the seats on their aircraft are made from leather. That’s a lot nicer than the older cloth seats. In addition, they are much easier to clean than traditional cloth so you don’t have to deal with quite as much concern about staying healthy when you’re on one of those long flights with so many other people around you. It simply provides an added level of security, not to mention making you have a little more peace of mind. The seats also have flat screens that fold down from the back of the seat, allowing you to take advantage of the in-flight entertainment.

One of the more unique things about flying on Interjet is that you get to experience flight in a way that most airline passengers never do. You have the chance to walk right out onto the tarmac and board the plane. That gives you a chance to see it up close and personal, which is always a great treat for young children or children at heart, especially if you have a love for aviation.

There is no doubt that Interjet will soon become a force to be reckoned with. As long as it keeps doing what it’s doing now, people are going to start flocking to the air carrier as a means of traveling to some great destinations without spending too much money, being uncomfortable, or feeling unsafe. In fact, there is every chance that Interjet might even change the face of air travel across the board.