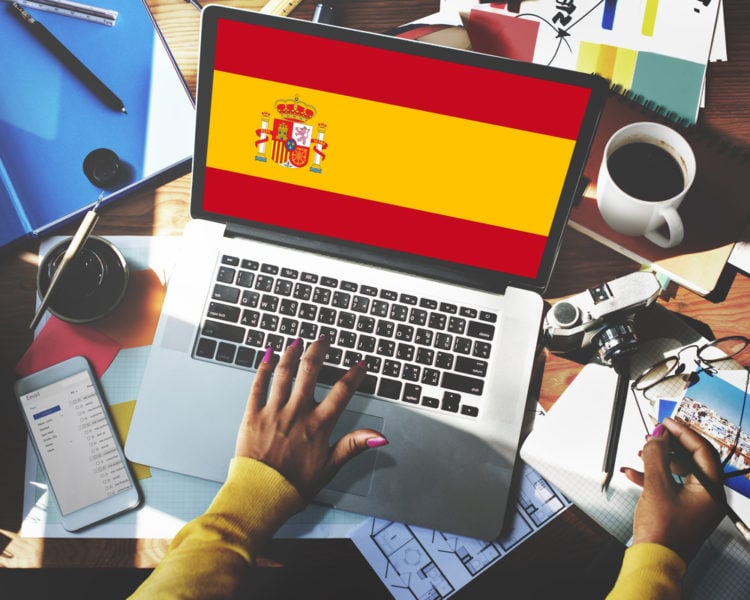 Investors are looking towards Spain as it is in the process of developing a ten-year plan to transform the country into a nation of entrepreneurs by the year 2030. The news that has recently come out of the country may indicate that the world will see Spain become a hub for new business. It’s an exciting proposition and if all goes as planned, Spain could possibly become the next Silicon Valley or something close to it.

The government of Spain is giving entrepreneurs the green light

According to Techcrunch, this forward push by leaders is to enact legislation that will give new startups an edge in business to encourage new business in the country. Pedro Sanchez, the prime minister of the country announced that the legislation is to be called the Startup Act. It’s always a good sign when the government of a country gets involved to create a more hospitable environment for business.

The overarching goals of the new Startup Act are to attract more talented entrepreneurs by preparing the country’s economic environment. Spain wants to attract more investors from around the world by making investing in Spanish startups more attractive. A few of the early goals include allowing tax incentives for foreign investments along with tax concessions. This is a first for the government of Spain and they’re currently working through the details of the plan.

Preparing a nation for change

Perhaps one of the most exciting aspects of the new plan is Spain’s honest look at the current culture and environment. A few of the problems that they’ve already identified include the culture that creates a sense about thinking too big. Investors have not been willing or so inclined to take much of a risk, therefore the venture startup capital is not at the level that it needs to be at for startups to thrive and grow in the country. These are a few of the challenges that Spain is trying to rise to with effective solutions that will help to boost the digital development of Spain and to help the new companies to grow and prosper.

The leaders of Spain have a goal of making radical changes in the country. Their overall goal is to create a nation that is rich in entrepreneurship that will impact the culture of the country as it has never been before. Teams are working on getting the details and feedback from entrepreneurs to learn more about the details of what is needed to accomplish this lofty goal within a decade. The government began the process by setting internal objectives for the plan and achieving specified impacts with the measures that are most likely to achieve the goals.

A call for unity to achieve the goal

According to IP Law, the Spanish government is looking to entrepreneurs with new startup businesses to take the lead in creating a more innovative business climate in Spain. The leaders are ready for a change that takes them into a new era of forward-looking and progressive companies that will change the economic standing of the nation. The mandate is for the digitization of the country with 10 driving sectors of the country that make up 60 percent of the GDP. Sector set to received leverage gains when working with digital innovation includes health, mobility, tourism and culture, industry, biotechnology, agri-food, construction and materials, energy and ecological transition, and banking and finance. Spain is calling on everyone in the country to do their part to help bring this vision into reality. This is set to be a nationwide effort that has the potential of changing the way that entrepreneurs think about their enterprises.

Could ex-pats have a shot at the new support for Spain’s startups?

According to Expatica, starting a new business in Spain might not be a bad idea at all. Even before the new 10-year plan is fully realized, Spain offers a straightforward process for offshore financial businesses through incorporation. This is an attractive proposition for entrepreneurs interested in taking advantage of the broad range of benefits to the principals of the company as well as for the business. It’s becoming easier than ever to launch a startup in Spain.

Depending on the kind of business you run, Spain is looking at offering tax concessions and incentives with its commitment to making Spain a country that is easy to operate a business within. With all of the tax breaks coming it may be in the best interest of ex-pats to consider Spain for any planned business ventures. If you’re already living in the country then you have an advantage with a familiarity of the system that will be undergoing significant changes in the months and years to come.

Spain’s new 10-year plan for boosting its national economy is calling for a transformation of the cultural and political views on entrepreneurship. Leaders of the nation are calling upon all citizens to get on board with the effort to turn the country into a more widely digitized nation that is a haven for entrepreneurial endeavors. Proposed changes in the benefits for investors to place their bets on Spain’s new startups are aimed at providing additional incentives while working with entrepreneurs and encouraging them to aim higher in their aspirations. This is an opportunity for the country of Spain to benefit by becoming a more significant economic haven for startups, which in turn, is good for its entrepreneurs. Although there are still obstacles and challenges to overcome, leaders are working hard to finalize their plans and move forward with the Startup Act legislation. This is good news for business and it’s also good news for the citizens of Spain as more new businesses mean that there are going to be a lot more jobs to go around.